Write a Good Book: How Hard Could it Be? 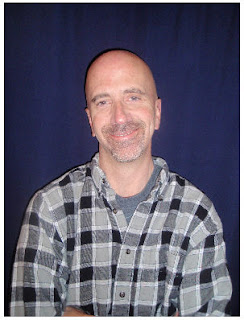 Allan Leverone, author of FINAL VECTOR
© Allan Leverone 2011 all rights reserved
I was pretty ignorant about the hard realities of publishing when I decided to try my hand at writing a novel. I figured, “How hard can it be? I’ll write a good book, submit it to a number of different big New York publishers, and then I’ll wait for the offers to come flooding in and I’ll pick from the best one.”
Simple.
So was I, looking back on it. I had absolutely zero knowledge about the process of getting a novel published, beyond the “write a good book” part. But I was ignorant, not stupid. After finishing my first manuscript, I set about learning as much as I could about the publishing business in order to be able to sort through the many offers I would soon be receiving from Random House, Penguin, etc.
I suppose it goes without saying that the first thing I learned was there would be no offers from Random House, at least not until I had persuaded a literary agent that my work was worthy of his/her time, since the days of publishing’s Big Guys accepting “over the transom” manuscripts were long past. Oh yeah, and landing an agent would be no picnic, either. It would be at least as difficult as persuading that fictional Random House employee to buy my book, maybe more so.
I should probably note for you that all this was occurring in early 2007, before the current explosion in electronic reading devices had begun to turn the publishing world on its ear. Self-publishing back in the dark ages of 2007 was frowned upon to the point that it was considered career suicide for any writer—particularly an unknown writer trying to get his foot in the door—to place his own work into the marketplace.
It was all about distribution, you see. No distribution meant no sales to speak of, because, as everyone knew, the way to sell books was for your publisher’s sales force to fan out across the country and convince bookstore owners/buyers that the author of the book they were pushing would be the next J.K. Rowling or Dan Brown or Stephen King or Clive Cussler, depending of course on the genre of the book.
It seems almost quaint, doesn’t it? Like the idyllic picture of a much simpler world your parents or grandparents paint when they talk about how wonderful things were back in the good old days of 1990 or 1970 or 1950, depending upon how old you are and how old your parents or grandparents are.
That was less than four years ago. Now it seems many of those bookstores an author was so desperate to get shelf space in have either closed their doors for good or are in the midst of their agonizingly painful death throes. Shelf space in a real, brick-and-mortar bookstore? Sure, that would be great, who wouldn’t want that? But it represents the old model.
And I’m not here to tell you that’s a bad thing. If I could get my thriller, FINAL VECTOR, placed next to Barry Eisler’s latest or Lee Child’s latest, would I turn down the opportunity? Not on your life! I would probably camp out in front of the store’s entrance every night so that when they opened their doors for business in the morning I would be first in line to admire . . . I mean, examine, yeah, that’s it, examine . . . the display.
But let’s face it—Allan Leverone is an unknown quantity, unless you happen to be a fan of mystery short fiction or dark short fiction, in which case I am only a mostly unknown quantity. The odds of my thriller ending up in the same zip code as Lee Child’s at your local bookseller are roughly equivalent to the odds of me winning a “Best-looking Author” photo” contest—and there’s not enough air-brushing in the world for that to happen.
But the thing about being an author in 2011 is that there are now other legitimate ways to sell books and, for new authors, to begin building a fan base. I spent a lot—no, wait, a LOT—of time querying agents between the spring of 2007 and late 2009, doing things the established way, spending hundreds of hours contacting many dozens of agents, all in the hopes of making that elusive connection, all in vain.
Finally, in late 2009, while still trying to gain the attention of an agent, I decided to try another tactic—I would begin sending my manuscripts to smaller, independent publishers, many of whom differ from the Big Guys in that they do not require agented submissions. It was a world of difference from self-publishing, as most Indies have their own daunting submissions procedures and rigorous editing process.
Almost immediately Medallion Press, one of the biggest and, in my opinion, best, of the Indies showed an enthusiastic interest in my book about an air traffic controller who must stop an attempted assassination of the President of the United States while his dealing with his own wrenching personal loss.
You want to know the best part of this brave new publishing world? After some changes of proposed format over the past year, FINAL VECTOR is now available as an ebook, and thus is completely insulated from the make-or-break aspect of attempting to gaining admittance into the rarefied air of your local bookstore’s shelves. As I try to develop a fan base for my debut novel, all I need do is convince thriller readers that they will be getting a good story when they download my book onto their electronic device.
It’s still not easy, don’t get me wrong. I’m still an unknown, or mostly unknown, author, but this slight leveling of the playing field has resulted in folks like me having at least the chance to reach a potential audience, especially as the ereader explosion continues. And that’s all I can ask for. Because, ultimately, it’s all about the story.
“Write a good book.” How hard could it be? 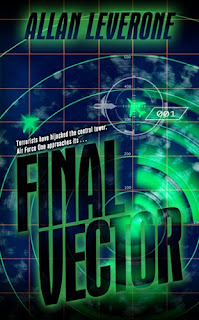 Allan Leverone is a three-time Derringer Award Finalist whose short fiction has been featured in Needle: A Magazine of Noir, Shroud Magazine, Twisted Dreams, Mysterical-E and many other venues, both print and online. His debut thriller, titled FINAL VECTOR, is available February 2011 from Medallion Press. For details, please visit www.allanleverone.com or his blog at www.allanleverone.blogspot.com.  Don’t forget to join him at Pump Up Your Book’s March 2011 Authors on Tour Facebook Party on March 25.  Visit his virtual book tour page at http://www.pumpupyourbook.com/2011/01/16/final-vector-virtual-bookk-tour-february-march-2011/ for more information!
Posted by Aaron Paul Lazar at Monday, March 07, 2011

Allan, it's a pleasure to have you here on MB4 today! Great article. Best of luck with FINAL VECTOR!

I love your post because it so closely mirrors the experience I have had as well as many of my friends. Thank you for such a great uplifter!

Hi Aaron, thanks so much for having me and giving me the opportunity to connect with your readers!

Kim, thank you for reading and taking the time to respond...there's no question this has been a learning process, and I'm pretty sure it's not going to end any time soon!

Al, I read your post and had to smile. You are in great company here. ;) Kim's right, your experience mirrors what we've all been through in our writing career. I'm very glad that you survived and found a good home for your novel!

Thank you so much for this wonderful contribution to Murder By 4. :)