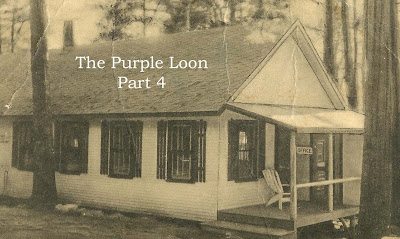 by Kim Smith
“Whoa! Hold up.” I held up my hands to show I wasn't armed. “That's my son, and he is innocent of whatever you think is wrong here.”
“I need some money,” the man said, his dirty face wrinkling into a scowl.
“Sure, man, sure,” I said. “Easy does it.” I pulled forty dollars from my pocket and stepped closer to him. “You gotta let the boy go though.”
He considered my words and nodded once. I held the money out. He shoved Zak toward me. snatched it from my shaking hand. My breaths were coming hard and fast now as I situated Zak behind me. My eyes never left our assailant. He sheathed the knife and giving me a terrible look, sat down on a nearby stack of old newspapers, blocking our only way out.
“Mister,” I stammered. “You need Jesus in the worst way.”
“He ain't never helped me.”
“You never asked right.”
Once again he shot me a mean look.
“Look,” I said, placating. “We're just going to take off. You can continue on with your life, as bad as it is, but just let us go.”
“Don't wanna go on. Wish I was just dead and buried. Might get a little peace that way.”
Suddenly, I knew that we were in no danger from this man. He had just had a bellyful of life and its trials and wanted some relief. I pulled out my wallet.
“I've got a hundred in here,” I said, fumbling around. “I'll give it to you.”
“Why?” His face showed genuine fear now. “I ain't done nothin' nice to you.”
“Because, you don't have to do nice things to be saved. You just have to believe and say it and it's done.”I pulled out the bill and waved it at him. “Are you saved? Do you know Jesus, for real?”
In a moment, big fat tears rolled down his cheeks and his shoulders shook with the sobs that came from a tortured soul. He covered his eyes. I took a step toward him and when he didn't object, knelt beside him.
“Sir,”I said softly. “Let me pray for you. Let's get this old life dead and buried and get on with a new one. One where you can find joy and peace.”
He nodded, wiping his face on his sleeve.
Then, there in the presence of a dead body that I knew we would have to take care of after we dealt with a living soul needing new life, we prayed. Zak joined us, and soon, given new hope, the man admitted to the murder and we waited on officers to come.
Later, walking around the grounds that I had known so well in my youth, I remembered how I had turned my life over to Jesus here. The thought of turning the old place into a retreat for recovering souls, men and women of past addictions, and anyone who needed peace came to my mind.
I told Zak of my idea, and he patted my shoulder and smiled.
Yep, there was a lot of hope here.
Part 1  by Aaron Paul Lazar
Part 2 by Ron Adams
Part 3 by Marta Stephens

Nice twist, Kim. I didn't see this coming! I do love upbeat endings, I'm a sap for them. ;o) Thanks! Now we've gotta get started on our next serial! Ron's starting this one - can't wait to see what he comes up with. ;o)

Dang near got whiplash from the last sharp twist! The easy thing would have been to go dark and stay dark through the end, but Kim took the road less travelled. Ya got guts KIm, and you pulled it off well. Nice ending.

Hmmm wasn't expecting that ending at all! LOL Great job everyone.

Enjoyed collaborating with you guys!!

Kim, this is terrific! Thanks for sharing your work.