UNDER THE ICE: A Gus LeGarde Mystery

Today the print and eBook versions of Under the Ice (LeGarde Mystery #9) are available on Amazon.com.

LeGarde Mysteries can be read in any order, as standalones or part of the series. ;o)


What do you do when your past comes back to kill you?

After escaping her abusive husband, life is finally good for Camille LeGarde and her daughter, Shelby. She has a great relationship with her new husband, Gus, who also loves Shelby like his own child. But the LeGarde family’s fragile oasis is shattered when the man of Camille’s nightmares is released from prison.

Greg Robinson never wanted to be a father. But he’s playing the biological card for all it’s worth to get close to Shelby, so he can realize his true goal—revenge against Gus LeGarde, the man who “stole” his wife and daughter.

Lured by the promise of connecting with her real dad, Shelby vanishes, sending Gus and Camille on a desperate race through the worst ice storm of the century to find her before Robinson can act on his chilling threat…

If I can’t have them, neither can you.

Camille threw back the comforter and peered at the alarm clock. “Isn’t she home yet?” My wife had been dozing off and on for the past few hours, and her words were slurred from sleep.

Lying beside her, wide-awake, I answered in a tight, angry voice. “No, she’s not.”

She flopped back on her pillow with a loud sigh. “Geez, Gus. It’s almost twelve-thirty.”

I’d been worrying about my teenage daughter for two hours now, imagining the worst possible scenarios. An accident. Rape. Kidnapping. Dead in a ditch.

Curfew was ten-thirty, and Shelby was way past late. This wasn’t the first time she’d been in trouble over the past few months. She’d been pushing her limits since she got her license.

The full moon shone on the floorboards and rays of light bounced off the walls. Max—our half Dachshund/half Husky mutt—snuffled in his sleep, stretched his legs, and thumped his tail against the bedspread. Boris, our longhaired mini-dachshund, snored contentedly; his hot-water-bottle-body warmed my feet.

“Should we call her?” Camille mumbled.

“I’ve left four messages already. But I can’t sleep until I know she’s safe.” I reached over to the nightstand to grab my phone. I scrolled down to Shelby’s name and tapped it. It rang. And rang. And rang.

I grumbled into the phone. “Shelby. It’s Dad. You’re over two hours late and we’re worried. Call me.”
Scowling, I thumbed it off. “She’s killing me, Camille. I don’t think I can take much more.”

“Huh?” Camille mumbled. She’d almost fallen asleep again. She flopped an arm over my chest and said, “Didden she pick up?”

I wiggled my legs in a futile attempt to get comfortable. “No. She’s not answering.”

Camille finally sat up, yawning. “Wait. Are you sure she’s not already home? Maybe she sneaked in while you were sleeping.”

I hadn’t been sleeping, but I heaved another sigh, threw back the covers, and stomped to the window. My bare feet froze on the wooden floorboards. I peered out into the dark night through elegant, frosty designs on the cold glass. The familiar shape of Camille’s VW Beetle was conspicuously absent from the snow-covered parking area stretching between the house and the barn.

“The bug’s still gone.” I let out an exasperated sigh. “Where the hell is she?”

“Try Alicia’s cell. They went to the movies together.”

I got back in bed, reached for my cell again, and found Shelby’s best friend’s number. We’d entered dozens of her friends’ numbers since Shelby got her license several months ago.

“When did she drop you off?”

The bedsprings squeaked in the background, and I imagined the girl rubbing sleep from her eyes and sitting up in bed. There was another pause.

“Er…I’m sorry, but our plans changed at the last minute. Work needed me to stay late, so I didn’t get out ‘til after the movie started. I’m not sure where she went.”

Anger and fear vibrated in my chest. I wasn’t sure which was the stronger emotion. “Alicia,” I said with forced calm. “Do you have any idea where she might be? We’re really worried.”

“I guess she might have gone to the Meyers’ party.”

“Stan and Lucy Meyers?” I said.

“Yeah. Steve threw a big party tonight. His parents are—”

I interrupted. “Out of town?”

“Yeah. I think they’re in Florida or someplace like that. I’m sorry, Mr. L. But I’m sure she’s fine. She probably just lost track of time.”

I thanked her and hung up. I’d already pulled on my jeans and a shirt when tires crunched against snow in the driveway. 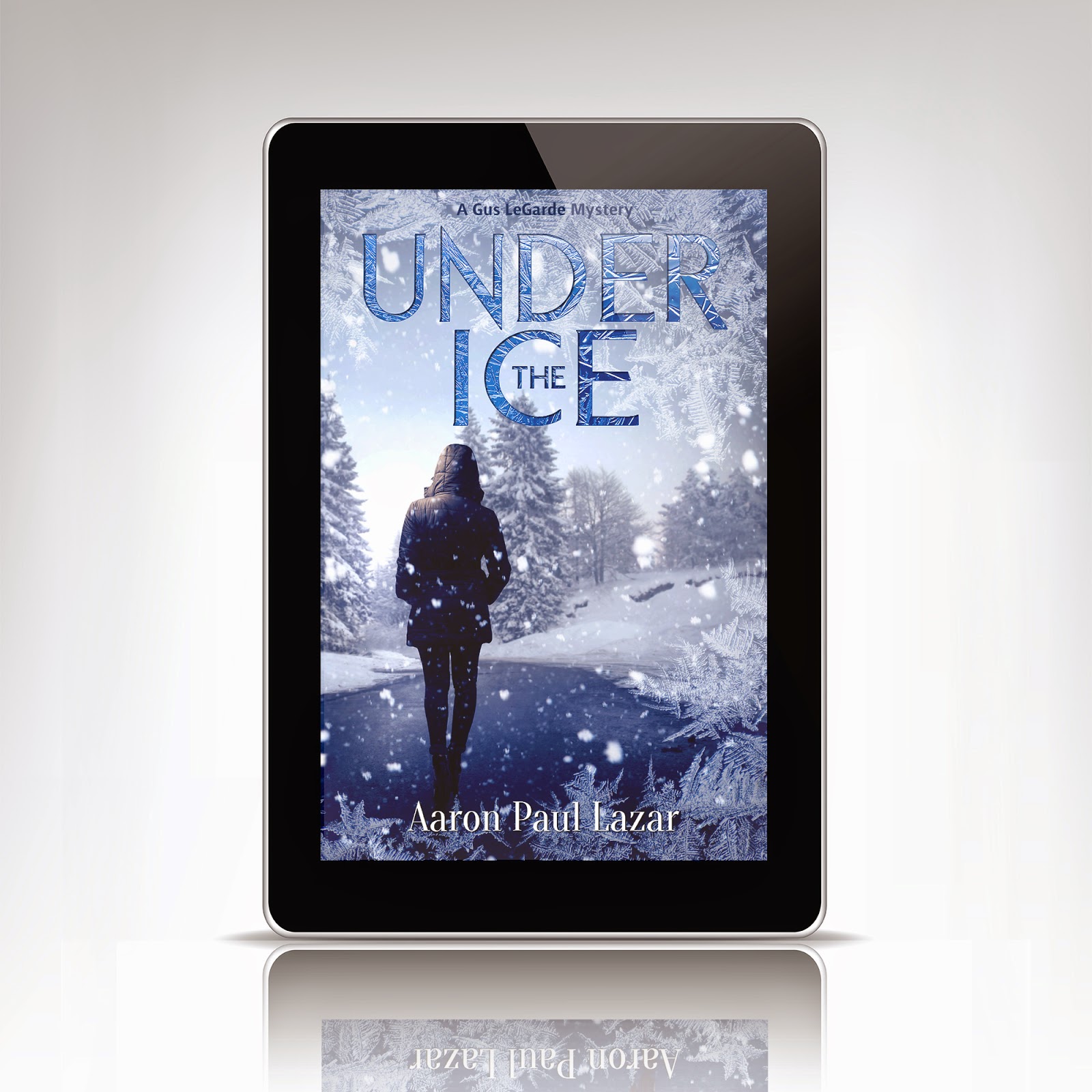 I stomped downstairs and waited in the doorway between the kitchen and the great room, arms crossed and brow furrowed.

Shelby breezed into the kitchen, pulled open the refrigerator, and grabbed a carton of orange juice. “Hi, Dad.”

“‘Hi, Dad?” I mimicked, frowning. “Are you kidding me?” I stormed into the kitchen after her. “Where were you? You’re two hours late.”

She avoided my eyes and poured a glass of juice. “Uh. At the movies. Remember? With Alicia.”

“Seriously? You’re going to lie about this?”

She turned an innocent face to me. “What? Why—”

I took a step toward her. “I just talked to Alicia.”

Her expression tightened. “What’d she say?”

“She spilled the beans, Shelby. You’re in big trouble.”

“Why?” she said, too casually.

“A party, Shelby? For crying out loud. When the parents aren’t home?”

“Nothing happened.” Shelby casually leaned against the refrigerator. She took another slug of juice and rolled her eyes. “Curfews are dumb. It’s Friday night. I don’t have school tomorrow.”

I wanted to give her my standard lecture about privileges and rules and loss of freedom if the rules were broken. But this was the second time in a month she’d flagrantly ignored her curfew, and worse, she seemed unconcerned about the consequences.

“The rules don’t change for the weekend, you know that. Your mother and I were worried sick.”

“I don’t know why.” She flounced to the cupboard and reached for a pack of Oreos.

Her eyes flashed in anger, and her lips compressed. She tore open the package of cookies and ate one.

“This time it’s not just for one day, it’s for a whole week. No car, no phone, no computer, no television, no anything,” I said, just getting warmed up.

“I’m not done,” I said. “The grounding is for breaking curfew. I haven’t punished you for lying to me yet. That translates to a weekend of chores.”

“I’m sorry. I don’t know how else to get through to you. You’re using your mother’s car every night. Your attitude is disrespectful. You’re hanging out with kids we don’t even know, who are probably drinking alcohol. God knows what went on at that party tonight. You promised to stick to a schedule, to be home by ten-thirty every night.”

She rolled her eyes again and took two steps toward me. “You can’t tell me what to do. You’re not my real father.”

She’d stuck me with a proverbial knife and twisted it in my heart. I felt it, as authentic as steel, and staggered from the blow.

Camille padded down the stairs. “Shelby! What’s wrong with you? Gus is the only father you have now. He adopted you, for God’s sake. He’s my husband, and I won’t have you talk to him like that.”

“Whatever Gus said, goes.” She paused for a moment and her voice hardened. “Unless you’d rather go live with your ‘real’ father, in prison?”

Shelby fumed. I walked past her to pick up the glass and put it in the sink. The scent of smoke wafted from her hair. It wasn’t cigarettes. Suddenly, I was transported back to Woodstock. The sickeningly sweet stench of marijuana rose from my sixteen-year-old daughter.

“You smoked pot?” I yelled.

Camille leaned over and sniffed Shelby’s hair. Her eyes widened. “My God, is this how you answer our trust? Is this how it’s going to be?”

Shelby looked wounded. “I can’t believe you’d think I would— Arggghhh! You never trust me. Neither one of you.” She screamed and ran up the stairs.

Seconds later, a baby began to wail. The sounds of my twin granddaughters’ cries were distinctively different, and I recognized Celeste immediately. I bounded toward the stairs.

Camille turned off the kitchen light, followed me upstairs, and continued down the hall to our room. Shelby’s door slammed at the far end of the house. I snorted in frustration and then peeked into Freddie’s bedroom. My daughter lay sound asleep on her queen-sized bed. Her wispy gold hair covered her face. The poor thing had worked extra long hours this week at her veterinary clinic and was exhausted. I pulled her door closed and hurried to the twins’ bedroom.

Celeste sat up in her crib, her copper-colored hair curled in tight ringlets and her peaches and cream cheeks damp with tears. “Opa. Binky.” She pointed to the blue pacifier she’d thrown on the floor.

It landed nub up, so I grabbed it and handed it back to her.

She tossed it aside and lifted both arms to me. “Uppy.”

I picked her up. She snuggled into my neck, collapsing against me. I grabbed the pacifier, one more time. This time, she accepted it. I settled in the rocking chair with her, rubbing her back. The wooden slats creaked as we rocked on the hardwood floor. Back and forth. Back and forth. I hummed “Rock-a-bye Baby,” feeling her warm breath on my neck.

Marion, Celeste’s dark-haired twin, slept quietly in her crib, sucking on her pacifier as it moved in and out of her rosebud mouth. Her cherubic face was lit by the glow of the tiny night-light.

Ten minutes later, Celeste’s breathing slowed and she relaxed in my arms. I kissed her soft cheeks and lowered her into the crib. She squirmed, lifted her head for a moment, and flopped back on the mattress. I held my breath and said a little prayer, then crept backwards out of the room.

If only they didn’t have to grow up.

I wearily shuffled down the hall and leaned into my grandson Johnny’s room. I watched his chest rise and fall several times. He lay on his back, with both arms and legs spread-eagled. A soft snore escaped him. The purple balloons from his birthday party last Thursday bobbed on the bedpost. They’d lost air and were wrinkled. I couldn’t believe he was already five.

When I finally crawled into bed beside Camille, I collapsed onto my pillow. After a few minutes of tossing and turning, I finally drifted off to sleep, fretting about the teenage condition and worrying about what lay in store for us tomorrow. 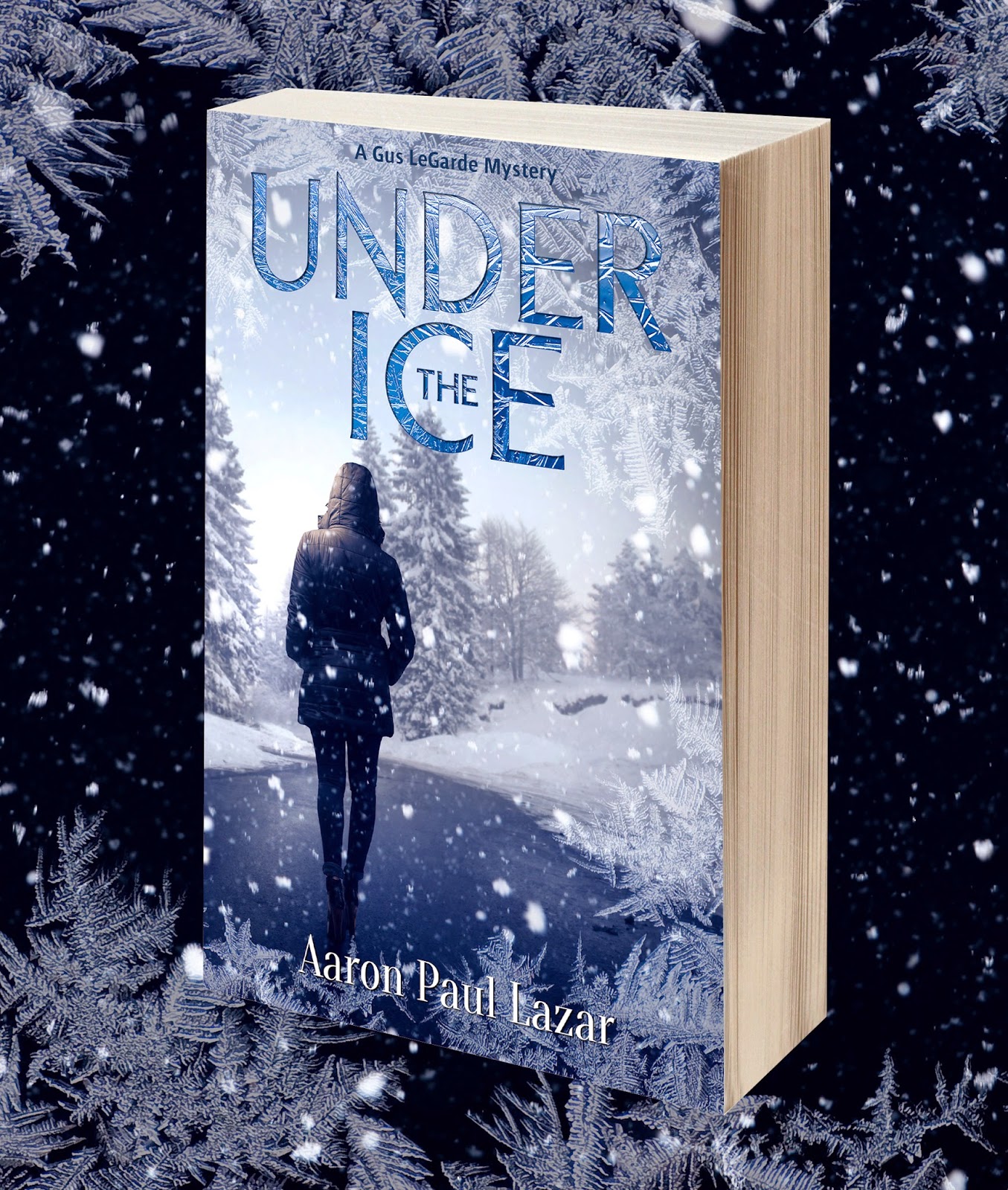 Posted by Aaron Paul Lazar at Friday, January 30, 2015 No comments: