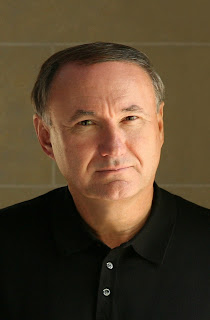 Your First Line: The "Hook" That Gets Your Novel Off the BookShelves and Onto the Check-out Counter.

Charles Dickens could never have imagined that his first line in A TALE OF TWO CITIES would become a benchmark in the lexicon of literary fiction. “It was the best of times, it was the worst of times …” It was also the perfect choice of words to make us want to read more. Authors, particularly those in the genre of mystery fiction, have long since recognized the critical importance of the first line. Without an attention-grabbing, knock ‘em dead first line, your novel is destined to gather dust on the shelves of the local bookshop, if it ever gets that far.

If you want to test this theory, simply observe the behavior of browsers at a bookstore. Unless they are looking for the latest effort by James Patterson, Mary Higgins Clark or any of the other prominent best-selling mystery writers, they walk down the aisles slowly until a title or a book cover attracts their attention. Then they open the book and read the first line. If it grabs their interest, they read on; if not, the book is placed back on the shelf in a heartbeat.

Your first line—you have less than ten seconds to sink your hook or else the reader will move on to another option.

What is the essence of a great first line? First of all, it can’t be bland or trite. Avoid overused references to the elements or time of the year. If you choose to write about the weather, be careful. You run the risk of inviting comparisons to “It was a dark and stormy night,” (Edward Bulwer-Lytton’s classic first line from his 1830 novel, PAUL CLIFFORD) and your book won’t stand a chance. Instead, try to incorporate the mood or theme of your story. Begin to establish the background of the mystery that will unfold in the coming pages. If the weather is important to your opening scene, you’ll have plenty of time to write about it in the ensuing lines of the first chapter.

Some of the most successful mystery authors of our time are masters at writing a great first line. Consider Harlan Coben in GONE FOR GOOD: “Three days before her death, my mother told me—they weren’t her last words but they were pretty close—that my brother was still alive.” Did the narrator think that his brother was dead? The reader has to wonder why the narrator’s mother kept this secret and never told him about his brother. Certainly, more pages have to be read. A chilling first line is also found in another Harlan Coben thriller, THE WOODS: “I see my father with that shovel.” One has to keep reading to find out the significance of the shovel in his father’s hands. Is he burying something? Has he used it as a weapon? Our interest is piqued; we read on.

Or this from Jesse Kellerman in TROUBLE: “Jonah Stern heard a scream. He was walking to Times Square at two-forty five in the morning to buy new shoes.” Again, the reader asks why this person would be buying shoes at that hour of the morning. And what caused someone to scream? A brutal assault or a frightening discovery? The hook has been sunk; more pages will be turned. Notice how a brief first line can be immediately tied to a second line to create a continuous compelling thought. Be creative; let your imagination explore all of the possibilities in garnering the reader’s interest. But keep in mind that word efficiency is critical in writing a first line. Don’t be overly descriptive or your line will lose its punch. In THE MEPHISTO CLUB, Tess Gerritsen begins with, “They looked like the perfect family.” Short, but to the point. However, shades of doubt creep into our minds. We wonder what’s wrong with this family; we want to read more about them.

Agatha Christie, the most popular mystery writer of all time, considered THE MOVING FINGER as one of her best novels. She masterfully draws us into the story with a brilliant opening line: “I have often recalled the morning when the first of the anonymous letters came.” The mystery is immediately established! We ask: More than one anonymous letter? What did the letters say? Who wrote them? We can’t resist the temptation to keep reading and discover the answers.

Plato said, “The beginning is the most important part of the work.” A mystery writer, therefore, can’t spend too much time working on a first line. Don’t be surprised if you have to finish the initial draft of your manuscript before the right first line crystallizes in your mind. Sometimes it takes knowing where your story begins and how it ends in order to come up with the “hook” you need.

If you have a friend or a fellow writer who can be brutally honest about your writing, ask them to review samples of your first line. They can tell you if it delivers an impact and stimulates interest. What you’re looking for is someone to say, “That’s it! Now I want to read more.”


JP O'Donnell is the author of Fatal Gamble and its sequel, Deadly Codes: A Gallagher Novel.  Pulse of My Heart, described as a "skillfully crafted, page-turning mystery thriller", is the third in his Gallagher series. For a recent review of this novel, go to https://featheredquill.com/pulse-of-my-heart/
The feature length motion picture, Bent, is based on characters created by JP O'Donnell in the Gallagher novels. Bent stars Karl Urban as Gallagher, with Sofia Vergara as Rebecca, and Andy Garcia and Grace Byers in supporting roles. Bobby Moresco, Academy Award winner for Crash, is the screenwriter and director of Bent.
http://www.jpodonnell.com
Posted by Aaron Paul Lazar at Sunday, December 02, 2018 2 comments: