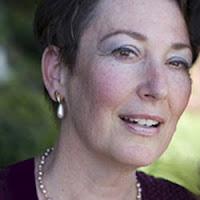 We, Indie writers, are an enthusiastic bunch, promoting with over-zealous vigor everywhere you turn: on Twitter, Facebook, Goodreads, Pinterest, KBoards, and just about anywhere else. This vigor is a double-edged sword, because some readers are turned off by the sheer amount of mind-numbing spam.

So, what’s a writer to do? Ask yourself: How do I stand out of the crowd? How do I reach out to readers and connect with them in a way that does not turn them off, a way that surpasses the competition?

Think of promotion as a way to build relationships with potential readers rather than a simply an advertising platform. Spamming your followers repeatedly with product page links gets boring in a big hurry, yet to my surprise, most writers do nothing else but that. In this article, I aim to give you some additional ideas, so you can find new ways to sing praise to your work, and add them into your repertoire.

Add a Personal Touch: Your Author Bio and Author Interviews


Writing your author bio can be a daunting task. Perhaps you are a shy person, one who values his privacy. Or else you may find it a challenge to gain perspective over your entire life and literary achievements, and do so without sounding a bit self- serving.

Even so, you are a writer, aren’t you? So put pen to paper and come up with a compelling life story that will help readers learn more about you, and about what makes you and your books so interesting.

Once they love and adore you, buying your books will come with greater ease. Post your bio on your Amazon Author Page and on your Goodreads Author Page. Also, think of crystallizing the entire thing into one signature sentence, a sentence that defines who you are.

For example, being an artist, author, and poet, my signature sentence is, “I paint with my pen, and write with my paintbrush.” I came up with it quite spontaneously, in an answer to a radio host asking me a question in a radio interview, and sensed that it had an impact, because it is true about me. Since then I use it as a way to introduce myself. So, what are you all about? How would you introduce yourself in a single sentence?

In addition, you can expand the scope of letting your readers know you through blog interviews. Seek out bloggers whose main focus is books, especially books in your genre. How do you find them?

Easy: note when other authors you see on Facebook are posting an interview. Go to that interview site. Check out its reach, so you know it has a good following. After all, you don’t want to spend all the effort of writing an interview for a very limited reach. How do you check this? Two ways: Plug the site url in Google page rank checker. Plug it in Alexa.

Then, find out how to contact these bloggers, and ask them to interview you. Once your interview is posted, be sure to drive traffic to the interview site by posting a link to it, with a teaser that thanks the blogger and sings her praises, all over town.

Add Quality to Your Daily Posts

The most important tool to bring attention to your books is something that to my surprise, not many authors do, and it is quite simple and readily available to you: excerpts from your writing.

So let’s assume you are a gifted writer. Here is one way to test it: open your book at a random page and throw a dart at it. Quote an excerpt, starting at the paragraph before the place you have hit, and ending at the paragraph following it. If you read this excerpt out loud, will readers be moved? Will they be intrigued?

If so, create a post with this paragraph, and at the end of it add the title of your book, and buy links to it. When readers on Facebook like the post, thank them for it. When they comment, engage with them. It’s as simple as that.

Wish to take it one step further? Having quoted it, do you recall what inspired you to write this passage? Was it a childhood memory? Was it an old photograph, or perhaps a famous painting by your favorite artist? Tell the readers about your inspiration. Add an image of that art that stirred you into writing.

Your readers will love you for it.


Uvi Poznansky is a California-based author, poet and artist. “I paint with my pen,” she says, “and write with my paintbrush.” She received a Fellowship grant and a Teaching Assistantship from the Architecture department at Rensselaer Polytechnic Institute, where she earned her M.A. in Architecture. Then, taking a sharp turn in her education, she earned her M.S. degree in Computer Science from the University of Michigan. Uvi writes across a variety of genres: romance, literary fiction, historical fiction, biblical fiction, poetry, horror and children’s books. Among other work she penned two series: The David Chronicles and Still Life with Memories. 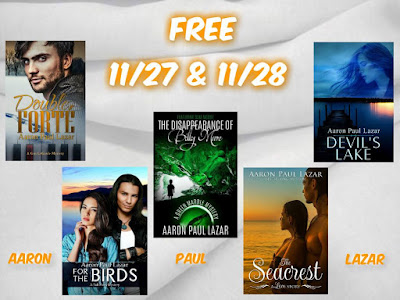 I hope you had a wonderful Thanksgiving and are still enjoying the leftovers, too!

We had a good crowd at our house, and I cooked up a storm, like I do every year. I love it.

Today and tomorrow I'm doing something I've never done before. I'm giving away FIVE of my Kindle eBooks at the same time. These are the first books in each of my series. Each series has won numerous literary awards, which is amazing, since I guess maybe I don't stink too badly at this job. ;o)


Here's a bit about them: 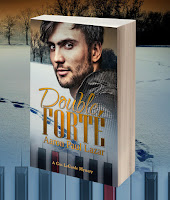