Warren Adler - How I got the idea for my mystery series and the principal character Fiona FitzGerald.

Today we welcome back renowned novelist Warren Adler. It's a distinct pleasure to be allowed a rare glimpse into this great writer's world, and the story behind the story. Fiona Fitzgerald is one of my favorite characters in Mr. Adler's books, so this is a particularly enjoyable post for yours truly.
-  Aaron Lazar 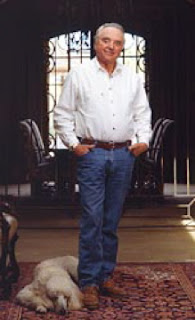 copyright 2011, Warren Adler
It was the early eighties and the mass media consensus on gender was undergoing a massive change. Women were on the march and the emphasis was on both upward mobility and equality on all fronts, especially in the workplace.

In the culture of imaginative fiction, the concept of the heroic figure was being “genderized” and the notion of the female cop, soldier, firefighter, construction worker and other jobs once considered male turf was swiftly disappearing.

Although I had never tackled the mystery genre which was growing in popularity, my agent persuaded me to take the plunge and since I lived in the metropolitan Washington area, I decided to use the police department that covered the nation’s capitol as my venue. In casting around for a knowledgeable female who could give me some insight into the inner workings of the department and her own psyche I was lucky to find an experienced female homicide detective, Judy Roberts, who led me deep into the entrails of the mindset and procedure of police work as seen through the female perspective.

Thus was born Fiona FitzGerald, a brilliant young white woman, working with the largely black dominated police force. Because I was familiar with the political and social circles of the power elite in Washington, I conceived the idea of Fiona working only on those cases that involved that segment of the Washington upper crust.

The first book in the series “American Quartet,” dealt with a failed politician whose twisted mind conceived of the idea of staging a replication of the assassinations of our four American Presidents. It was cited for that year by the New York Times as being one of the most outstanding mystery books of that year. The series was born, although the background of Fiona was to undergo a profound change after the second book “American Sextet” was published.

In the first two books, Fiona’s father was a New York cop and she had grown up in that city. As with all of my books, the movie people beckoned and I found myself discussing film projects with a number of producers. One of them suggested to me that instead of making Fiona, the daughter of New York cops, it might be more interesting to make her the daughter of a prominent Senator who had grown up in Washington.

The idea appealed to me for many reasons and I made the change, immersing her in a culture that I knew a great deal about. She was now ensconced in the heady precincts of elite Washington with many contacts in that world, social, political and media and allow me the opportunity to expand on all the possibilities inherent in that milieu.

In the five books that followed, she was assigned to investigate murders that related to the power elite. It was a world I knew well. Readers addicted to the series would unfortunately be confused by the sudden change of background but I took the plunge and got few complaints.

A new publisher, founded by an experienced former executive of a major publishing company, decided to take on the series and I consented to move Fiona to his new company. This gave me the opportunity to fix Fiona’s background in the first two books and make her uniformly the daughter of a Senator. I rewrote parts of the first two books to fix this situation and saw in this new publisher a chance for Fiona to go on indefinitely solving murders among the players in the power structure.

Alas, it was not to be. The new publisher went bankrupt before he could launch the full series and I was forced to continue with the original publisher. Thus, in the first two books, Fiona remains the daughter of a New York cop, although in the subsequent books she had been transformed into her new incarnation.

Nevertheless, the movie and TV people continue to pursue the idea of starring Fiona. Two film companies have optioned the Fiona books. NBC has optioned the material twice, once for movie of the week and once for a series. Scripts have been commissioned, including one by yours truly and another prominent television writer, but, so far, she hasn’t found her television or movie legs. Nevertheless the books continue to be in play and there is some optimism that Fiona will once again be on her way to movie or television stardom.

In the meantime there are always the seven books and she has a growing fan club.

Warren Adler is a world-renowned novelist, short story writer and playwright. His books have been translated into more than 25 languages and two of his novels, THE WAR OF THE ROSES and RANDOM HEARTS, have been made into enormously popular movies, shown continually throughout the world. His stage adaptation of the novel THE WAR OF THE ROSES is currently being produced in Italy, Berlin, Hamburg, Prague and countries in Scandinavia.

Mr. Adler is a pioneer in electronic publishing and has acquired his complete backlist and converted this entire library to digital publishing formats. As a novelist, Mr. Adler's themes deal primarily with intimate human relationships—the mysterious nature of love and attraction, the fragile relationships between husbands and wives and parents and children, the corrupting power of money, the aging process and how families cling together when challenged by the outside world. Readers and reviewers have cited his books for their insight and wisdom in presenting and deciphering the complexities of contemporary life.

In 2005, Mr. Adler started the Warren Adler Short Story Contest, which has become one of the most prestigious international online short story contests thanks to the extraordinary literary quality of its submissions. The first anthology of contest winners is now available on Amazon.

Today, when not writing, Mr. Adler lectures on creative writing, motion picture adaptation and the future of Electronic Books. He is the founder of the Jackson Hole Writer's Conference and has been Chairman of the Board of Trustees of the Jackson Hole Public Library. He is married to the former Sonia Kline, a magazine editor. He has three sons, David, Jonathan and Michael and four grandchildren and lives in New York City.
Posted by Aaron Paul Lazar at Friday, March 25, 2011

Hey Warren so happy to have you on Mb4 again. These books sound like a delight and I am going to hunt them up!!

Warren, it's such a pleasure to welcome you back today. I love your Fiona character and can't wait to dig into all your eBooks I just downloaded recently. Thank you for sharing your story with us, and I hope you'll come back again soon.