WHO DO I HAVE TO KILL? by Ellen Meister 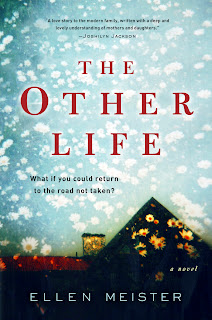 WHO DO I HAVE TO KILL?
The Story of How My Book Got Optioned by HBO
© Ellen Meister 2011 all rights reserved
When Aaron Lazar invited me to blog on MURDER BY 4 about how I got my HBO deal, I had two worries. First, how was I going to tie the story into the theme of this blog? (Answer: get cute with the title. See above.) And second, would it be okay to submit a one sentence entry? Because in reality I didn't do a damned thing.
Okay, I wrote a book. But beyond that, I was nothing but a passive bystander who didn't even have a front row seat to witness the action.
I'll back up. When I got the high concept idea for THE OTHER LIFE—a story about a woman with the ability to cross through a portal to the life she would have had if she had made different choices—I knew it felt cinematic. But I had no real hopes for a movie or TV deal. After all, people told me my first two books would play well on screen, and Hollywood didn't come calling. So I just focused on writing the book, digging as deep as I could into the very emotional story, hoping it would touch people. 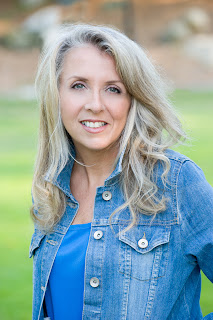 When the final draft was approved by my editor at Putnam, my literary agent showed the manuscript to a film agent who agreed to represent it in Hollywood. I never got to speak directly to the film agent ... and still haven't. All communication goes through my literary agent, who explained that the odds against a sale were tremendous and I shouldn't get my hopes up. I wasn't supposed to think about it.
No problem.
Except that every conversation I had with my husband over the next several months seemed to end with the pointless fun of brainstorming ideas for who could play the leads.
Still, I managed to put my head down and get to work, writing the next book and promoting THE OTHER LIFE. Once in a while I managed to sneak it into a conversation with my agent, using phrases like, and if it gets optioned for a movie ... To which she always responded, or television.
I even managed to work the topic into a conversation with my editor, pining about how great it would be if THE OTHER LIFE got optioned for a movie. To which she replied, or television.
Hm.
"I think they're talking to television people," I said to my husband. And once the phrase was uttered aloud, I permitted myself the indulgence of believing talks might actually be underway. Perhaps I'd get a call from my agent soon telling me USA/AMC/Lifetime/TNT wanted the option.
"Showtime?" my husband offered.
No no no. I wouldn't dare dream that big.
It was just days later that I saw my agent's phone number on the caller ID. Only it was after business hours and it wasn't her office number, it was her cellphone. My heart pounded. Could this be significant?
Deep breaths, I told myself. There are a thousand-and-one things she could be calling about, each more likely than a television option. I answered calmly, and heard her begin a sentence with three words I never expected to hear:
H ... B ... O ...
thunk
Okay, so maybe I didn't pass out cold. But I did scream so loud my kids are still traumatized.
For the record, I am a huge HBO fan. The brilliance, the talent, the boundary-busting creativity of those folks knocks me on my ass. But I'd be lying if I said a series on HBO is a dream come true, because I never dared dream that big.
To be clear, this is an option, and it could be quite a while before I find out if the series will actually get produced. In the meantime, I'm not going to think about it. I'm not.
Now if you'll excuse me, I'm off to watch BOARDWALK EMPIRE again ...
***
Ellen Meister is the author of three novels. In addition to being optioned for an HBO television series, her most recent book, THE OTHER LIFE (Putnam, 2011), was chosen by the American Booksellers Association as a Great Reads/Indie Next List selection, and was featured on NPR. Her other published works include THE SMART ONE (HarperCollins, 2008) and SECRET CONFESSIONS OF THE APPLEWOOD PTA (HarperCollins, 2006), as well as numerous short stories. She currently curates for DimeStories, a literary podcast program, and runs an online group for women authors. Ellen lives on Long Island with her husband and three children and is at work on her fourth novel, FAREWELL, DOROTHY PARKER. For more information visit her website at ellenmeister.com.

Ellen, it's wonderful to have you back on MB4 today! You know your story is one many writers dream about. For some, the agony of elusive success can be soothed by reading stories like your own. It proves that is CAN happen! Thanks for taking time out of your busy schedule these days to share it with us. Be sure to alert us when your HBO series starts up, okay?

I feel like we have been visited by a true celebrity. And one with a very humble spirit.

Congrats on your successes, dear. Now would you please autograph my hand?

Aaron, thank you again for inviting me! It's exciting to share my news with such a supportive community.

Kim, I'm an author groupie, too! Writers have always been my rock stars. In fact, my most prized possession is a note Richard Yates wrote to me.

Ha. Since we're all sharing secrets, I'm the same way. I framed a hand written letter Dean Koonz sent me and will cherish it forever!!! I love that we all do this. ;o)

Awesome, and all of us writers are happy and jealous I'm sure. I hope it does get produced, and it's every bit as exciting when you get to see the finished product. HBO certainly knows how to tell a story, and well.

And thanks for sharing.

How awesome, Ellen! I love how you said it wasn't a dream come true, because you never dreamed that it could happen! But I bet you could have written it for one of your characters. I'll be sure to be following this as it unfolds. If it does become a show, I just might have to get HBO again after many years of doing without!

Ellen, I'm so thrilled for you! All the best.