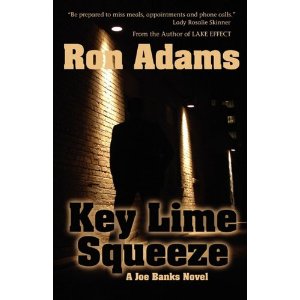 Aaron, it is an absolute pleasure to part the merry band of murderers here at MB4, and thanks for all the kind words. It is an honor to get to hang arounnd you, Marta, Kim, and all the awesome readers and contributors on this site.

As a very early fan of Key Lime Squeeze I am just so proud of Ron and the book and how far it has all come for him. So glad to have you here RWA!