Good day fellow writers and readers. Today is a momentous occasion here on Murder by 4. Our team of four mystery writers has come together to bring you a story - a four part story, to be exact, written in series by each of us. Today you'll read my opener. Tuesday, you'll thrill to Ron Adam's part 2. On Wednesday, you'll be treated to Marta Stephen's third section, and on Thursday, you'll enjoy the finale, written by M. Kim Smith. I hope you enjoy our foray into the world of collaborative writing. 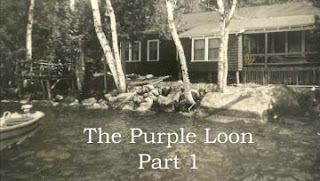 “I’m bored.” My son sighed and leaned his shaggy head against the rental car window.
At seventeen, Zak didn’t exactly value my company. But he’d been the only member of our family free to drive six hours to Maine for an unexpected funeral.
“We’re almost there. Here. Eat a Twinkie.” I tossed the bag of junk food toward him, hoping to win a smile. He’d been quiet and distracted during the service.
He moaned and sputtered, but dug into the bag and brought up a Twinkie.
We continued down the bumpy dirt track toward the place I’d been happiest as a child. I’d avoided it for years, ever since Daphne told me she’d sold our grandparents’ camp to a realtor who’d turned it into a condominium lakeside resort.
How could she? She’d just upped and sold it.
I hadn’t spoken to her for ten years because of the nasty argument we’d had, and felt awful when I discovered at the funeral that her husband had died around the same time she’d sold the place.
We rounded the last curve. “Here we are.”
The old sign—The Purple Loon, Housekeeping Cottages—still swung from its pole.
Strange. Why wouldn’t they change the sign if they’d bulldozed the cabins and erected monstrosity condos on the shore?
What was stranger, however, was the sight that greeted us. My grandparents’ original cabin stood intact, not far from the old dining hall. A few red shutters hung crooked on the windows. I caught a glimpse of the lake, and spotted multiple cabins stretching down the hill.
“What the hell?” I got out and turned in a dizzy circle.
Zak emerged, stretching. “I thought you said Aunt Daphne…”
“I know what I said.”
“Geez, Dad.”
I slid an arm over his shoulders. “Sorry, son. Aunt Daphne didn’t tell me the truth about this place.”
I popped the trunk, leaned down, and tucked a brown canister under my arm. “Come on.”
We strolled down the sandy path toward the water.
“Dad?” Zak spread his gangly arms wide. “Where are all the people?”
I scanned the dilapidated buildings. No leaves rustled. No footsteps fell. Any renters who happened to show up would probably be ghosts. Nobody could live in these conditions.
We passed the old shower building. Next, the sun deck, half caved-in. To our right, the community center where we’d played games by the fire on cold nights. Its door hung on one hinge.
We reached the dock and stopped. Loon Pond glittered, its surface glassy in the late afternoon light. In spite of the beauty, my stomach twisted in frustration. Why had Daphne lied to me?
I picked up the urn and walked onto the dock. Zak followed.
“Well, sis. This is the best place for you.” I unscrewed the top of the urn and tipped it sideways. “May your spirit, however dishonest, be free.”
I emptied Daphne’s ashes over the lake, looking for answers in the floating gray cinders.
I found none.

I have intentionally NOT read parts 3 and 4 so I am going to be following along with the rest of our readers. Aaron did an great job setting up what should be a fantastic story. Can't wait....

Thanks for getting us started!

Thanks, Charmaine, Ron, and Marta. This is loads of fun. ;o)