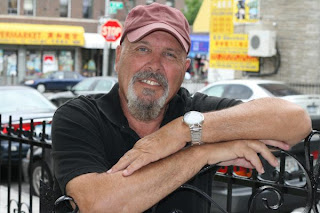 A few short notes – I met Henry on line a few years ago, and have been blown away by both the talent of his writing and the warmth and generosity of his spirit. Always willing to use his experience to guide other writers, he is a proud and unabashed supporter of our military veterans. His talent extends from short stories to novels to stage and now to films and TV. It is an honor to present my conversation with my Lynwood Brother, Henry Gravelle.

Thanks for joining us for this interview, Henry. We're looking forward to sharing more about your books with our readers.
Nice of you to invite me, thanks.
What was the primary inspiration for your style of crime thriller?
My Dad was a Boston cop during the times of Trigger Burke, the Brinks robbery, Machine Gun Kelley and the Boston Strangler along with numerous others. My imagination brings forth recollections from Dad’s life as a cop, coupled with my experiences working in and around Law Enforcement. Also from my personal connections with my friends, foes and situations lived through. 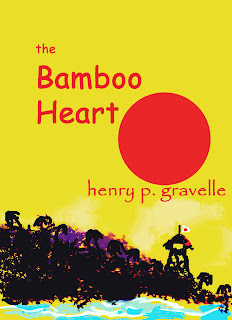 What's the significance of the some of the book's titles?
Titles are like covers; they have to be catchy and should show the main essence of the story or the main character. For instance, Gunner’s Rift is about a hit man named Gunner and the division, or rift, separating his police detective brother, and himself. The Igloo Boys is a group of employees who rip off their employer, a manufacturing company called The Igloo Novelty Manufacturing Company. I have just finished a novella called Apple Hill, a crime story with International flare between France and an imaginary section of Boston called Apple Hill.

Your books are full of unique characters. Are they based on someone you know or have known in real life?
Yes and no… as you know, an author cannot (knowingly) use a real person or name without permission. So through artistic license, some of my characters are based on true figures with mannerisms, looks habits etc, altered in some way. When knowing the person I model a character after it gives me a huge understanding of the character I am creating. I am able to bring him/her to life better from knowing the actual person. Even though the reader will picture someone different, the character is the person I knew and used to “form” the basis of a character.
When I need a character, my imagination will hold auditions. All kinds of characters will knock on my minds door. I check them out; maybe take certain pieces, emotions, hairstyle, eye color, clothing, and Frankenstein a complete character I am looking for. Either way they will be interesting and compatible to the story, or you will never meet them.
What does it take to come up with the suspenseful central plotline of stories? Is it difficult to maintain the intensity level throughout the story?
To come up with a plot isn’t difficult, or keeping with it. It’s unavoidable to veer from your original vision but the finished story should remain the same. As I go along, changes will occur; altering characters, settings, and conclusion but the plot remains the same.
I find the intensity level increasing slightly with each added character and sub plot. Intensity must be there to develop climax… then downhill to a satisfying conclusion for everyone, although, I love leaving doors open for possible sequels.
What kinds of responses have you gotten to your books thus far?
Those who have read my work are pleasantly surprised and become fans. One thing many notice is the smorgasbord of story types. I do not like staying in one genre; a writer will get stale, their creativity will relax if not challenged. Diversity will bring a fresh new outlook to characters and their world to present your readers.

Do you prefer to work with stand alone stories, or do you have a series the readers might want to check out?
Working a series is somewhat like I said about being stuck in one genre. I feel stagnant after a while and will try something else. But, I do have a series called “The Buddy Sands Cases.” They follow medically retired Boston police homicide detective Kevin “Buddy” Sands, assisting in on-going cases. Because of his paranormal ability, which he doesn’t like or understand, Buddy usually discovers a demon or apparition involved. I have three cases now with at least 6 on hold. I prefer to write a stand-alone tale, however much I admire Buddy.

And I also understand you are making inroads in film as well. Please share more with our readers about that.
Last October I had a part in a short film called Johnnie Taw. I had a lot of fun on the set and met a bunch of great folks. Recently I landed a role in a television pilot for a Boston crime drama called Little Boy Blue. One of my short stories, Cream, two sugars… is in pre-production with a Boston production company. A few other shorts are scripted and almost ready for film also.
Film Rights to Gunner’s Rift and The Igloo Boys were optioned. GR is scheduled to begin filming in NYC this Spring/Summer. The Igloo Boys is making progress towards a production date with Oscar Torre (NCIS, Cain) and Wolfgang Bodison (A Few Good Men) all ready onboard.
Playwriting is another adventure. I have nine short plays, the ten-minute variety. Most are available through script/play publishers (listed on my site) I am in the formation process of bringing a play together to showcase them. It’s a huge undertaking but I have wonderful friends who are supporting my work.
What are your long-term writing/publishing aspirations?
I recall someone saying authors should write about what they know. I always felt it better to write what you believe… With that in mind, I will write stories for a longtime to come because they keep coming and I believe in them wholeheartedly. Once I decide which one to work on, I delve into it fully believing in every letter typed.
Financial rewards are an excellent end to the effort also but fulfilling a desire is more gratifying. With that in mind, I will write as long as someone will read… even if not, I will continue because I feel inside I have to.
How can our readers learn more about you and your ongoing efforts?
I have a web site at www.henrygravelle.com and on Facebook.

Thanks again, Henry, and best of continued success to you in all your endeavors!
Posted by Ron Adams at Friday, March 11, 2011

*my imagination will hold auditions. All kinds of characters will knock on my minds door* oh man, this happens to me too! thanks for being on Mb4!

Henry, you have irons going in many fires! Fantastic. I loved hearing that you're a staunch supporter of our troops - way to go. And I also loved your use of the name Frankenstein as a verb. Perfect word for that process you described. Thanks so much for guest posting on MB4 today, and best of luck with all your endeavors.