Author of the Month: Robert B. Parker 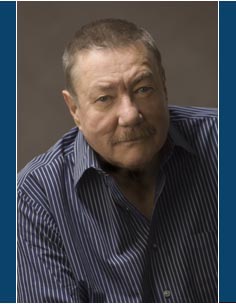 Everything I Need to Know About Writing I Learned From Spenser

(With apologies to Robert Fulghum)
I was saddened to hear of the passing recently of the Grand Master of American Detective Fiction, Robert B. Parker. Parker’s Spenser, and later Jesse Stone, were the inspiration for me to begin my own writing career. Going one step further, I realized that everything I have used in my own writing I learned from absorbing pages and pages of the adventures of Spenser, Stone, Hawk, Susan Silverman, and the other characters brought to life through the skill of Robert B. Parker. This is what I have learned:
1. Characters drive stories. The situations in which the characters find themselves develop as a result of who the characters are. Develop and know your characters, put them into a situation, and the story develops from there.
2. Keep your main characters consistent. Spenser is always the tough guy with a flair for literature and gourmet cooking. His only true weakness is, will ever be, his devotion to Hawk and Susan. Nothing changes, regardless of the case, regardless of the villain. Nobody is tougher than Spenser.
3. Make the villain worthy of the hero. In Parker’s “Stone Cold”, Jesse Stone battles a pair of highly intelligent thrill killers who flaunt their superiority under a false claim of innocence. Only after they make their murders personal does their story start to unravel. Stone is as dogged and unrelenting as the serial killers are cold and unremorseful. A match made in mystery heaven.
4. Show, don’t tell. I know, almost all writers know this. Even my mentor, Suzanne James, encouraged me to use that as my mantra. Nothing will bore the readers faster than long winded meticulous descriptions of a scene. Parker used crisp dialogue and actions to propel the stories forward, and there aren’t a whole lot of writers who have done it better.
5. Set the pace, and encourage the reader to turn every page. Something worth reading happens on every page, and changes in chapters bring changes in scenarios that bring additional momentum to the story.
6. Don’t forget the even the toughest of the tough guys have a sense of humor. The one-liners shared between Spenser, Hawk, Vinnie Morris, Lt. Quirk and the rest helped bring a sharp contrast to the dramatic tension of the story. They make the characters more real, more engaging, and served to define each personality.
What else have I learned? I was surprised to learn recently the Parker wrote everyday, 5 pages. No more, and no less. There are days where that seems like a lofty goal, but one to which I aspire. I would also like to add, and I’ve recommended this a lot to anyone who has asked me about writing, read. Reading really good writing, regardless of which author you like, will help provide working examples of a style you can use and emulate in your own writing.
So my thanks to Spenser, Hawk, Susan Silverman, Jesse Stone, Sunny Randall, and rest in peace Mr. Parker. Thank you for setting the bar, for providing me with concrete examples of writing excellence, and a lot of literary enjoyment.
Posted by Ron Adams at Saturday, February 05, 2011

The Parker series are at the top of my list too! Love Jesse Stone!

Wow, five pages a day? I've been working on the same 3 all week. Hmmm.

Hi, Ron. This was a wonderful tribute. I'm sad to say (and somewhat embarrassed) that believe it or not, I had never read nor heard of Mr. Parker. I guess it's all what mystery circles you run in, and lots of my favorite authors were discovered through my parents' reading habits. My current and past favorites are: John D. McDonald, James Patterson, Dick Francis, Clive Cussler, Laurie King, Lillian Jackson Braun, Rex Stout, Peter Mayle, Tony Hillerman, Dean Koontz, Agatha Cristie, PD James, Tami Hoag, and many more. Looks like I need to get aquainted with Mr. Parker! Thanks for the heads up, and have a wonderful weekend. It's snowing to beat the band here south of Rochester. Hope you don't get hit out there in Buffalo!

Parker actually wrote another series as well several westerns, but I especially love the contrast between his Spenser character (Ron, you hit it on the mark here), and Jesse Stone.

I agree with your statement about reading. Good interesting post Ron. I have never read Parker either but I will now for sure!

His three book arc featuring April Kyle was one of the most poignant stories I've read, where none of them had a happy ending. At the risk of slighting almost every one of my favorite authors, Parker is and will remain one of the biggest influences on my writing. Thanks for letting me share.

This is a great start to your contributions here at MB4, Ron. Thanks very much!