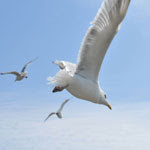 see? you are NEVER too old to succeed!!

Maybe you are like me and think, okay, if someone as famous as Lincoln could experience such shortcomings and still persevere and succeed, then I should be able to!

Email ThisBlogThis!Share to TwitterShare to FacebookShare to Pinterest
Labels: rejections

Thank you, Kim! Great post! This reminds me of an anecdote I read once about a very short commencement address given once. I may be butchering the story. Seems some guy stood up after being introduced as the speaker, stood at the microphone and uttered just six words. (Probably the shortest commencement address on record.)

And we all know Edison's view on failure as well.

Thank you for bringing this to mind for me again. Now back to work.

Amen! All those over-night success stories were years in the making. Kind of puts things in perspective, doesn't it?

Thanks for the reminder. :)

Oh, Kim. I LOVE this! We all need to be reminded that most successes are only because people have had numerous failures that taught them perserverence and that they kept on going! Great post!