Keeping Things Straight In My Head


My writing has gone through several transformations over the years, so has my writing process. I’m pretty certain that the first several pieces I wrote, including the early drafts of my two published novels were not outline, planned, organized, or plotted. Ideas simply poured from my head down to my fingers and onto a Word document.

Today, I can’t even think of typing an opening paragraph without knowing every detail about each character, primary or otherwise. If they’re important enough to be in the story, they’re worth taking the time to know exactly who they are—why they’re in the scene, and how their actions/reactions will affect the outcome.

Back stories don’t need to be long and tedious. Mine are more like a mini synopsis between 500 and 1,000 words. I don’t worry about format or anything else except to get my thoughts organized and on the page. Back stories never go into my novels either. Rather, they are tools that give me a chance to figure out a timeline, the character’s age, where he or she grew up, their upbringing, values, and the turning point in their lives that determined who they are. 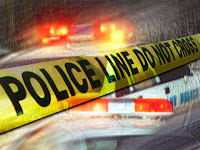 The layering of the plot takes time and patience and the reality is, I have to work backwords in order to get to a good begining. I start by first thoroughly understanding the crime and although the main POV will be that of the protag's, I love slipping in a few chapters written in the killer’s POV and glimpse into the criminal’s mind.
Once the events in one (or more) character’s life begin to cross paths with the criminal’s, the crime story can quickly develops into a convoluted, can’t-put-it-down plot.
In an earlier post, I mentioned that I was once again trying to resurrect a novel that I’ve been tinkering with for the past several years. It’s actually pretty embarrassing that I can’t get this one off my desk, but now the whole thing has turned into a quest—a challenge to see which of us will win the edit battle. At any rate, I’ve spent the past few weeks working on the criminal’s back story and I’m happy to say I like what I've come up with this time and have managed to get several of the chapters outlined.

A key change to the plot is that in the original version, the victim was killed early in the book without being given one line of dialogue. It was only during the murder investigation that the victim’s true identity was revealed as was his involvement in an old unsolved case. In this version, I’ve decided to let the victim, Robert O’Malley, live a bit longer. I want to get into his head, see life through his eyes, feel what he feels and get his personal side of the story. Even though I want readers to cheer for Detective Sam Harper, sympathizing with the bad guy is just the tension this book needs. Eventually, I, Sam Harper, and the reader will know the truth about Robert O’Malley, who he was, why he was killed, and by whom.

To be honest, I’m now quite intrigued with the devious Mr. O.
Posted by Marta Stephens at Wednesday, February 02, 2011

That is intriguing, Marta. I'm glad your resurrecting this story - it's time your readers got another "Sam" fix! I, for one, would like to see more of him and his new lady love - you know I was crazy about that relationship. I do believe a little romance in a mystery adds the spice we all love.

I like what Elana said today on her blog about what Leo says in Inception, "... that when you're dreaming, you can't remember how the dream started? You're just simply in it already?"

I know, I know. Unfortunately, Jenny is one of several difficult cuts from this version of the book.

The hard lesson here is that at times we have to be ruthless with the cuts to save the story. Jenny, unfortunately, is one of them.

I'll keep her on the back burner though and if I see a way, I'll slip her back in. For now, she's (their relationship) will be too much of a distraction from the plot.

Very intriguing post about the growth and development of a writer.