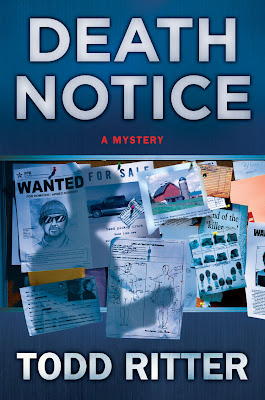 My agent probably won’t like learning this, but she wasn’t the first person I queried. Nor was she the second, third, fourth … well, you get the idea. Before my agent (whom I adore completely, by the way) said yes to DEATH NOTICE, my debut mystery, more than a hundred others had already told me no.

Nope, that’s not a typo, nor is it an exaggeration. I queried and was turned down by seemingly every agent in the business. I kept track of them on a spreadsheet that listed who asked for partials, who requested full manuscripts and who immediately sent out those thanks-but-no-thanks letters that all aspiring writers loathe. By the time I got my agent, the tally was something along the lines of twelve partials, five fulls and a gazillion rejections.

That spreadsheet is long gone. It was a tragic victim of the great computer crash of ’09. But sometimes I wish I could take a look and see all those rejections I received on the lengthy and intimidating road to publication. So how did I do it? How, after more than a hundred proverbial doors slammed in my face, did I get one agent to say yes, who then put my manuscript in the hands of an editor at St. Martin’s Minotaur who also said yes?

The answer is easy, but the task was hard.

I rewrote from start to finish so many times that I lost count. (I didn’t have a spreadsheet for rewrites. That’s the short slide to madness, my friends.) Many agents were kind enough to offer their input. One said DEATH NOTICE needed another 20,000 words. Another said it could be chopped by 15,000. I tried my best to heed their advice and follow their instructions. Subplots came and went. Characters were added. Others were cut. Some of them were killed, reborn, then killed again. It was enough to make a budding mystery writer want to give up.

And after two years of rewriting (Again, that’s not a typo) I truly was ready to call it quits. I had already formulated Plan B, which was to write something far different from DEATH NOTICE, and Plan C, which amounted to not writing anything ever again and being miserable. It didn’t matter that I was basically admitting defeat. I was tired of trying to fix something that I didn’t think was broken in the first place. It came down to two choices — throw up my hands and move on or forge ahead like a stubborn idiot who had nothing to lose.

In the end, stubbornness won out. I knew I had a great idea. I knew I could write well. Most important, I knew that if I gave up, I might regret it for the rest of my life. I was willing to risk more rejection, but not regrets.

So I rewrote DEATH NOTICE again.

I rewrote it again.

I rewrote it some more until, low and behold, I got an agent! Who, of course, made me rewrite it again. Twice. But this time I had guidance, a gentle but persistent voice that helped me see what was wrong and how I could fix it. In the end, the hard work paid off. I have a mystery that I’m incredibly proud of. I can officially call myself an author. I can hold my book in my hands, see my name on the cover, read sentences that I wrote and rewrote and rewrote again.

Of course, having that “Official Author” designation means others who want to join the club ask me for advice. I don’t have much to give. I’m just a newbie, after all, unleashing my first mystery onto the world and hoping people enjoy it. But whenever someone asks, “How do I get published?” I have the answer. Well, the answer that worked for me. It consists of four simple words.

Don’t give up. Ever. 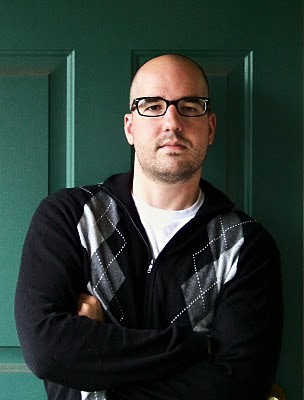 Todd Ritter is an author and editor. His first mystery, DEATH NOTICE, is being released this month by St. Martin’s Minotaur. Visit him online at www.toddritteronline.com.
Posted by Kim Smith at Monday, October 04, 2010

Todd, thanks for being on MB4 today - I loved your piece and I'm sure those newer-than-you writers who are just getting their first crushing rejections will take heart in your experiences. Thanks for sharing it with our readers, and let us know when your next book comes out!

What a great story, Todd! Congratulations on persevering and finally making it. :-)

Todd, I have tremendous respect for your tenacity and commitment to persevere when so many would have said, “forget it!” I know that feeling all too well and am near your plan “C” myself, but I’m still hopeful.

Huge congratulations on your release of “Death Notice” and thank you so much for sharing your author’s story with us. You’ll need to come back and fill us in on who things progress!

Todd, I am so excited about your book and cannot wait to get it. I feel your pain in the process, but the end result is totally worth it!

Thanks for inviting me! And it was my pleasure to share my story. I tell all budding authors, if it can happen to me, it can happen to you. That saying about writing being 10 percent inspiration and 90 percent perspiration is so true.

Yes, the spread sheet. Was yours color-coded (so that rejections could scream NOBODY WANTS YOU in bright red? )

Great post--made me go back and say 'hey' to my never forgotten spread sheet.

No colors, Randy. Just a big, fat X next to the many, many people who said no.

I feel ya, Todd. Feel you and envy you. I'm so glad your persistence paid off and wish you all the best in the world launching your baby out into the world!