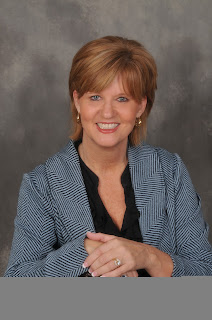 © Julie Ann Howell 2010 all rights reserved
Ask a writer what they would rather be doing at any given time, and most often the answer would be “writing.”  Most writers dream of “just writing,” as their characters, settings and story lines are always swirling around in their heads. Having the luxury of putting those down on paper is the best feeling of accomplishment.


In my case, I am a night owl through and through. I love writing in the middle of the night when the house is quiet and my thoughts can actually make it to paper. I find it truly inspiring—and just a little bit scary, which is even more fun.


There are so many things that go through my head when I sit behind my keyboard. I vividly remember typing the “Whodunit” part in my book and being incredibly shocked at what my fingers typed. I even found myself saying “What??!!” out loud, questioning myself and staring at my fingertips in disbelief. I actually had no idea what was going to happen, which is great, as most writers map out their entire books before they type a word. But I like to let my fingers do the work and the characters do the talking. That is what works for me.


My readers often ask me how I came up with my setting for Haunted Echoes. I love small towns and lighthouses and since I wanted my character, Sarah Reddington and her dog Dickens, to stay in a Victorian style Bed and Breakfast, I chose Maine. I did my research and discovered a sleepy little town on the craggy shore just outside Portland. Cape Elizabeth was the perfect place for my characters to hang out for 200 pages. I have never been to Maine and I would love to visit someday, however I think it’s best to keep the image of how I actually see it strictly fiction.


When I was writing and researching Haunted Echoes, I made sure I paid attention not only to my surroundings, but to people as well. I would take mental notes about the simple characteristics of those people and apply them to my fictional characters in my book.


For example; I had an author come into my office who was wearing an interesting pair of glasses that were clearly not hers. She explained that they were her dead husband’s glasses and it made her feel close to him to wear them. A little creepy, perhaps, but that’s the truth, which really can be stranger than fiction! The glasses were black with thick lenses held together by a rusty safety pin. I found this endearing and the perfect description for my character Charles Hennesy, the lighthouse keeper.


The description of the haunted inn was strictly in my head. I had nothing to compare it to as it was completely fictional. I described it to my illustrator and she nailed it spot on. It was if she took it from my head and put it to paper.


I made sure that I incorporated real places and streets in Maine as well. I included The Cape Courier Newspaper, The Good Table Restaurant and the Scotts Dale Police Department. I fictionalized the descriptions, but kept the location and the names a reality.


Not surprisingly having written a ghost story, I often get asked if I believe in ghosts. Absolutely! I had my first ghostly experience at my office here in Sarasota. My office was built in 1925, complete with a tin roof, hardwood floors and crystal doorknobs. I was alone, working one afternoon and heard footsteps walking across those hardwood floors right behind me. Again, I was alone. I turned back around to work and actually felt a presence standing behind me. It was such a strange feeling and happened quite a few times. We ended up naming our ghost, Literary Louie. It seems to fit, but he scared us every time.


Haunted houses intrigue me. I suppose you can say that ghostly tales were instilled in me since I was a little girl, compliments of my great-grandma whose tales sort of followed me as a grown-up. I know there is another haunted tale in me: I can feel it. Just recently I had one of my readers email me his quote about what he thought after reading my novel. It was short and to the point. Simply put he said. “The only thing I have to say is when is the sequel coming out?” This was intriguing to say the least, a great compliment. I had never really considered a sequel until I read this quote.


And now, the answer is yes. Words and characters are now whispering in my head preparing to form sentences onto paper for the sequel to Haunted Echoes. The working title, Whispers From Beyond...

Julie Ann Howell is an avid speaker and author who authored her first book at the age of 10. Julie Ann’s passion for words inspired her to plant literary seeds enthusiastically all over the world.

In 2003, she founded Pepper Tree Magazine, a literary magazine based in Sarasota, Florida, and later founded The Pepper Tree Press.
Julie Ann is a member of the Florida Writers Association and the American Business Women Association. A longtime Sarasota resident, Julie Ann Howell is also the author of Finnigan the Dragon, Mrs. Owl’s Nest of Rhymes, and The Pepper Tree: How the Seeds Were Planted.

She is currently at work on her next novel, Irish Jewel, which is slated for a Summer 2011 release. Her most recent book is Haunted Echoes. To follow Julie's blog go to http://julieannhowell.wordpress.com/

Welcome to MB4, Julie! I thoroughly enjoyed your post seeing several similarities in the way you and I work the story and gather ideas. My Harper series is set in Massachusetts and like you, I've never been there but it was great fun creating the city of Chandler. Best of all, I too sense, hear, and sometimes see spirits when I least expect them. It's happened to me too many times to ignore. All the best to you with Haunted Echoes.

Hi, Julie Ann, and welcome to MB4! Congrats on your new novel, what perfect timing for its release! All the spooky Halloween elements make this a wonderful time to learn about Haunted Echoes.

One of my YA mysteries has turned slightly paranormal, with the ghost of a young Indian girl who witnessed a terrible upstate NY massacre. This sweet spirit befriends Gus LeGarde (at age 12) and she's been a blast to get to know!

Thanks again and come back soon. ;o)

Your post is so inspiring! I have been to Maine and it is a truly fabulous place to set stories of all kinds. Love lighthouses too! nice to have you here today!