How to Write Good 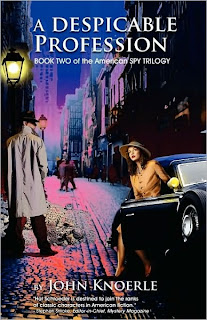 © John Knoerle 2010 all rights reserved
I stole that title from an early ‘70s article in the National Lampoon by Michael O’Donoghue, the long-dead founding member. The article was a satirical primer on cheap tricks that writers can fall back on when they haven’t done their homework. Need to inject some tension into a flabby story? Have the protagonist be threatened by “roving bands of surly youths.”

I wrote screenplays for a low-budget film company in Burbank years later. And, sure enough, whenever the action sagged the director would have the hero walk around a corner and find a young ingénue or a little old lady being assaulted by “surly youths,” of whom the hero would make short work. It didn’t have anything to do with the storyline but it kept the audience in their seats a little while longer.

My favorite bit of acerbic advice from O’Donoghue, however, was what to do if you have written your central character into a corner from which there is no logical escape. This has happened to all writers of genre fiction at one time or another. The solution? All you need do is trot out the trusty phrase, “Suddenly, he was run over by a truck.” Works every time! 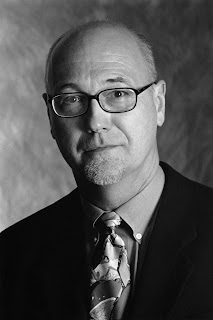 He was referring to the cheesy gambit known by as deus ex machina or machine of the gods. This is where fate descends decisively from above because the writer is too lazy or witless to craft a way for the central character to solve his or her dilemma.
This technique was especially popular in old TV Westerns where the cavalry would ride to the rescue with bugle blaring just as the settlers were about to lose their hair. Other examples abound in film and literature and I’m sure I’ll remember many of them, given time.
But, suddenly, I am run over by a truck.

About the author:
John Knoerle was born in Cleveland, Ohio in 1949 and migrated to California with his family in the 1960s. He has worked as a stand-up comic, a voiceover actor and a radio reporter. He wrote the screenplay for “Quiet Fire,” which starred Karen Black and Lawrence Hilton Jacobs, and the stage play “The He-Man Woman Hater’s Club,” an LA Time’s Critics Choice. John also worked as a writer for Garrison Keillor’s “A Prairie Home Companion.”


Knoerle’s first novel, Crystal Meth Cowboys, published in 2003, was optioned by Fox TV. His second novel, The Violin Player,won the Mayhaven Award for Fiction. Knoerle is currently at work on The American Spy Trilogy. Book One, A Pure Double Cross, came out in 2008. Book Two, A Despicable Profession, was published in August of 2010.


John Knoerle currently lives in Chicago with his wife, Judie. You can visit his website at http://www.bluesteelpress.com/.

"It didn’t have anything to do with the storyline but it kept the audience in their seats a little while longer."

Oh, how many of these could we all cut from our manuscripts?

Thoroughly enjoyed your post. All the best with your tour and A DESPICABLE PROFESSION!

Hey John! Nice to cross paths again. I have given up the radio show, as a time freer-upper, but am looking forward to getting your book and having a good read. Loved Pure Double Cross, and know this one has to be just stellar as well.

Hi, John. It's a pleasure to welcome you to MB4 today. What credentials! Wow. Very impressive! I'm going to check out your series, love the title "Despicable Profession," and also the cover art is super!