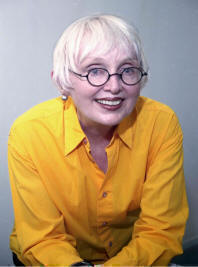 Hi, Carolyn, you always have great idea--and I've borrowed a few along the way.

Lately, I've been doing launches at a nearby used bookstore. The owner is happy because new people have found the store and she actually serves the refreshments.

Hope to run into you again sometime soon.

It's always such a pleasure to welcome you back to MB4, Carolyn! Great information here as in your book, "The Frugal Book Promoter."

What fun to be here today. I'm a little late but I'm going to tweet about ths post and about this blog--a neat resource for writers for sure.

Excellent article, Carolyn. But then, I've come to expect nothing less from HoJo! (wink)

And hey - thanks for the shout out, too. :) I'll be using some of these ideas for the promotion of my new novel, Beware the Devil's Hug, for sure!

Thanks for the great tips.

I'm gathering info for my first BIG BOOK LAUNCH! "Sh, Sh, Sh Will the Baby Sleep" will be coming out soon from Guardian Angel Publishing!

Carolyn, great information as always! You continually inspire me with new ideas for marketing and promotion. Thanks for sharing!

Carolyn, these are great tips. My book won't be coming out until late 2011 or very early 2012 (from 4RV Publishing), but I'll save this for future use.

Carolyn, just back from my long weekend on Honeoye Lake, and happy to see you drew some new readers to the blog! Great article (of course, I already knew that!) and hope you'll come back again soon.