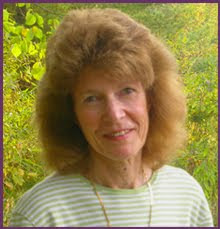 © Leslie Wheeler 2010 all rights reserved
Arrive late, leave early? How rude! In real life it is considered the height of bad manners to arrive late at a party and leave early. Emily Post and her successors in the etiquette business would throw up their hands in horror. But this is one of the best writing tips I’ve ever received, especially when crafting a mystery.

“Arrive late, leave early” was also much needed advice, because I came to mystery writing from the long-winded school of fiction. Think Dickens’ novels and other lengthy tomes by Victorian authors that Henry James, no slouch himself with regard to word count, called “big baggy books.” I had even written one myself—an 800-page historical novel long on incident but short on plot that still fills a suitcase in my closet. 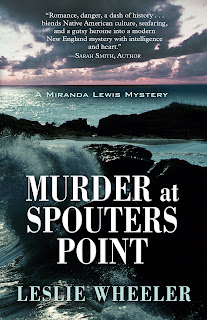 I turned to mystery writing, because I felt I needed the discipline of writing a tightly plotted book. But determined as I was to write “lean and mean,” my wordiness kept getting in the way. In my first mystery, MURDER AT PLIMOTH PLANTATION, I particularly struggled with a party scene, in which my protagonist, Miranda Lewis, meets a lot of people for the first time. No matter how much I trimmed this scene, the members of my writers’ critique group cried, “too long, too long!” Finally, one group member offered the “arrive late, leave early” dictum from his background as a screenwriter. Still, I balked. The advice went against both my tendency toward verbosity and my well-bred upbringing, where it was bad form not only to be tardy, but to “eat and run.”

Eventually, I got the message: If my critique group found the scene tedious, so would the agents and editors I hoped to attract. I began using the delete key more frequently. Out went the long drive to the party, with its detailed descriptions of geography and the weather, and a lengthy conversation between Miranda and her niece about the people Miranda is about to meet. Instead, Miranda arrives when the party is well underway, and gets to know the various guests by interacting with them in small groups, or one at a time. I also have a key player arrive even later than Miranda to delay their meeting and generate suspense about whether he’s coming at all. And, instead of describing everything that happens at the party, I focus on the highlights, and use a space break to cut from one important moment to the next. Needless to say, the revised scene does not end with long, drawn-out good-byes on the part of everyone present. Rather, one character whispers to another, “I could just kill him!” and we leapfrog to the next chapter.

Of course, “arrive late, leave early,” isn’t simply good advice for party scenes, but for all scenes. How many times have you been stuck in traffic and wished you could be airlifted to wherever you wanted and needed to be? It’s the same with readers. Some are content to skip the boring parts and move on to where the story picks up again, but others are likely to get bogged down and put the book aside. They need to be airlifted into the middle of each scene, and airlifted out again before their attention wanders. For this reason, I often begin a scene with a bit of dialogue or a physical action to give the reader the sense of “walking in” on characters having a private conversation or catching them in the act of doing something that maybe they shouldn’t. I also try to end each scene, leaving the reader up in the air, wondering what will happen next and eager to turn the page to find out. I don’t always succeed. Sometimes, I’ll write a scene and realize I need to cut the first ten sentences and the last two to achieve the effect I want.

Fast-forward a few years to the time I began the third book in my series, MURDER AT SPOUTERS POINT, due out in October, 2010. By then, the ALLE advice had become so ingrained that I no longer faced the prospect of writing a party scene with dread. I even figured out a way to incorporate into the scene the discomfort I and, I assume, others would feel in real life if we arrived late and left a party early.

In the novel, a good friend of Miranda’s has an off-stage exchange with her older brother. It upsets her so much that she goes into hiding just before the start of a party she and her boyfriend are hosting, so that her family and friends can get to know him better. While waiting for her friend to reappear, Miranda observes the boyfriend setting up for the party. He keeps glancing in her direction, obviously wondering where his girlfriend is. Time passes and the girlfriend’s family arrives, but is reluctant to go to the party without her. They wait and wait and Miranda feels “awkward in the extreme.” Finally, she persuades her friend to come out of seclusion and they all go to the party.

In the course of the party (broken up into two chapters), the awkwardness most of the guests feel increases until it comes to a head with the surprise announcement that the host and hostess are engaged. After a half-hearted toast, the hostess’s disapproving family departs abruptly. Miranda stays a while longer out of loyalty to her friend, but the tension is such that she soon makes tracks herself.

I hope others find this “arrive late, leave early” tip as useful as I have. Many thanks to the MB4 team for having me as a guest on your blog.

About the author:
An award-winning author of books about American history and biographies, Leslie Wheeler now writes the Miranda Lewis “living history” mystery series. Titles include: MURDER AT PLIMOTH PLANTATION, MURDER AT GETTYSBURG, and most recently, MURDER AT SPOUTERS POINT. She is a member of Mystery Writers of America and Sisters in Crime, serving as Speakers Bureau coordinator for the New England chapter. She has also begun a new career as a contributing editor of Level Best Books, which publishes annual anthologies of short crime fiction by New England authors. Leslie divides her time between Cambridge, Massachusetts and the Berkshires.
Posted by Marta Stephens at Monday, October 11, 2010

Great post, Leslie. I need to try the A-L-L-E with my own work. Thanks for sharing and explaining!

Thanks, Lisa, Marilyn too! I have to keep reminding myself to follow the A-L-L-E advice lest I lapse back into my old overwriting habit.

I knew to start deleting sections of my MS when I began to skim over the words. If my own words weren’t pulling me in, they wouldn’t grab anyone else. I've deleted over 45,000 words from my manuscripts (several times) to save the plot.

Ah, definitely an excellent strategy for any genre. This is one of the best explanations I've seen for it, too. Thanks! :-)

Good advice well put, Leslie. When I read you newest book, I'll appreciate even more how you've written it.

Thanks to everyone after Lisa and Marilyn, who commented. Yes, "S.W.",this advice is fine for other genres. And, Marta, your comment that you know you need to make cuts when you start skimming over your words is right on the mark! I find it helpful to read my work aloud when I'm editing.

Susan, as the editor of my first book, I bet you didn't know what a struggle I had! But I hope I've learned something, and that it shows in my new mystery.

Great post, and what a relief to realize you can leave a scene and start a new in a different location without having to describe the journey.

Indeed, Pauline, all those journeys one feels one has to take in the course of a book can become wearing!

Leslie, wonderful advice. Just came off a four day weekend without Internet, so I apologize for arriving late at this party! Thanks for being out guest on MB4 and best of luck with your mysteries!