Writers Groups – Are They Worthwhile? 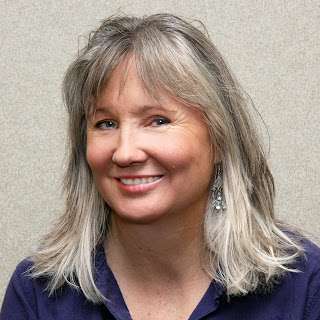 When I started writing over twenty years ago, I didn’t know that writers groups existed. It wasn’t until I saw a brief announcement in the local newspaper that a group of writers were hosting a writer’s workshop, that I joined my first group.

I now belong to several local writer’s groups, one I helped co-found, called Sleuths’ Ink, a group geared toward the specific needs of mystery writers. As an on-again/off-again president of that group, I’ve learned to be more comfortable in the spotlight. Standing before a group of people can be daunting, but it does get easier with time, especially when you realize you're among friends.

So has joining a writer’s group helped my career?

I’d have to say yes. Since I’ve had some success writing short stories over the years, I’ve been asked to present a few programs about writing and marketing short stories. After one such talk,, I was approached by a woman who identified herself as an associate editor for a local Magazine called The Forensic Examiner. She’d read my bio in the newspaper and noticed that I’d been published in Woman’s World. The magazine was interested in starting a new fiction section similar to that in Woman’s World, and she asked if I’d be interested in submitting a short story to them.

A JEWEL OF A CASE will be the debut fiction story in Fall Issue of The Forensic Examiner.

Success in publishing is about making contacts. Don’t just join a group. Get involved. Help make the group a success. Your name will become well-known within other writing circles.

If the group hosts conferences, be the first to volunteer your help.

Practice your speaker’s voice with your fellow group members. Pick a topic you’re comfortable with, and offer to be a guest speaker within your own group. Remember, you’ll be among friends. It’s the best way to practice.

Volunteer to be an officer in your group. You’ll become more comfortable as time passes.

Order business cards with your name and email. If you have a blog or website, include that on the card. Don’t be afraid to pass them out. It’s called networking. A little publicity never hurt anyone.
About the author:
Shirley McCann has written countless articles and short stories over the past 20 years. Her bibliography is available on her site. McCann has written three novels for the younger markets. One is in print with iuniverse, another completed y/a novel is in the top of my closet, while another completed suspense novel is now in the marketing process
Posted by Marta Stephens at Friday, July 24, 2009

Great advice. "Networking" is an essential element of getting published. In my experience, writers are generally an extraordinarily generous group, one willing to share advice, marketing tips, and other help.

Thanks for coming by, Shirley! Networking aside, a good writer's group can also provide much-needed moral support and a way to connect with other writers (or just other people, for those of us who live in our caves and don't get out in the sun much :-)

I agree. I've made so many wonderful friends over the years. Writers love to share with other writers. It's not a competition thing. We're all happy for each other when one of us makes a sale.

Exactly, Shirley! It's essential to hone those bonds and keep each other afloat.

Welcome, by the way. ;o). It's wonderful to have you here!

Thanks for the invite. I'm actually hoping to make it to a writer's meeting tomorrow where Gary Presley will be speaking. Since I belong to several groups, it's not always convenient to make it to all the groups, but I do enjoy hearing about everyone's sales! It's boosting for me to know that anyone is selling something.

Good post, Shirley. Now, do you have favorite topics upon which you speak? Are you available for more blogging and you have your own, right?

Good morning, Cait. Thanks for stopping by. Nice to see faces I recognize like you and Gary.

I prefer to stick to topics regarding writing and selling short stories, since I'm more comfortable with that for now. I received word that the fall issue of The Forensic Examiner is out now, so I'm awaiting my comp copies. Short stories are So much fun to write.

I do have a blog at http://cleverchronicles.blogspot.com

Our writers group, Sleuths' Ink has a blog also at http://sleuthsink.blogspot.com
From here we link to all of our members's blogs, which is good publicity for them as well.

Hi Shirley. Networking is so key to a writer's marketing plan and yet few understand the value in it. Thanks for joining us on MB4!

Thanks Marta. Networking is definitely important. And so much easier with today's technology. I've looked at a couple of Virtual Conferences lately. I do wonder if that's the way things will be in the future. Definitely won't replace meeting in person, but better than nothing. And lots of information to choose from.

I've belonged to the same critique group for over 20 years, invaluable as they act as my first editor.

I also belong to three Sisters in Crime chapters and have spoken at all three--but my closest one nearly every year.

I'm also the chairperson for the Public Safety Writers Association's conference and have made lots of friends through them, especially police officers who I can rely on to answer questions for me.

Marilyn, I've heard of PSWA. Can you tell us what the benefits of joining are? Sounds interesting. And what are the fees?

Very encouraging blog today. I do belong to a writer's group, but I am pretty quiet there. Have not found anyone to connect with who is writing along my lines, but it is good to hear about others' work.

The story about a editor coming to you was inspirational! Thanks for sharing it and your other thoughts. cm

I do think that being associated with a local group is important. I also belong to RWA and MWA, but there's nothing like meeting in person with people who write also.

Bookie, you mentioned that you haven't found anyone who writes along the same lines as you. I had that same problem when I first started. I belonged to a romance group, but I enjoyed mysteries too. That's when a few of us got together and started a mystery writers group. Have you thought about starting one more in your line of writing?

I just wanted to let you know I've linked to this post in the first ever World of Fiction newsletter. Please let me know if it's a problem, and I'll be happy to remove it.

Thanks again for inviting me to be a guest blogger. And thanks for all the comments. I'm off to the gym now, but will check the site later tonight. I've enjoyed it.

Lisa, no problem on linking our site to yours. We've had some really great guest bloggers on MBR in the past 1-1/2 years (not to mention the articles posted by our regular contributing authors). Hope you stop by often!

Shirley, looks like you had a good day. It was great having you as a guest. Look forward to hearing from you again.

I agree wholeheartedly, Shirley. I'd been writing professionally for years, but was going nowhere with my career in fiction until I joined RWA two years ago. Now I have several short stories published and a novel-length rough draft in the editing stage. (I also have a pre-RWA MS hidden in my closet. ;-) Best wishes to you for continued success!

Janice (from WW and TrueWriters)