Why It Took So Long 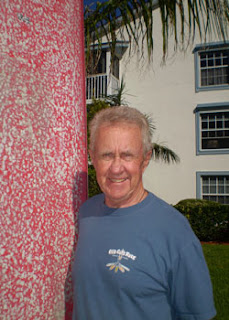 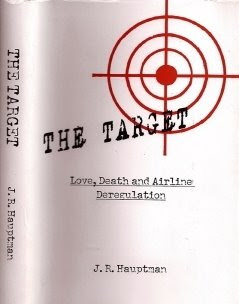 After another person discovers that I have written a book, I usually know what the next question will be. That is; “How long did it take you to write your book?” When I answer, that it took nearly twenty years, there inevitably comes another “Why?”

The easy answer I usually give is that, “I didn’t know how it would turn out!” Perhaps too glib and short an answer but it usually saves a lot of words, an excellent skill for a budding author to develop.

I began the book about five years after I lost my job as an airline pilot during the turmoil of the early years of airline deregulation when a corporate raider took control of our airline, drove the company into bankruptcy and used that as a pretext to tear up our labor contracts. There was a great deal of loose talk at the time that it was a wonder that someone had not assassinated this person who was regarded at the time as “the most hated man in the industry.” The obvious answer to this question is that you want your airline pilots to be “rational” people and that “rational people” don’t set out to kill their boss!

I contemplated these questions sometime after I decided to return to aviation when my new career as a securities broker went down in flames with the stock market Crash of ’87. Faced with the prospect of starting all over at the bottom of the flying business, it occurred to me, what would I do if I were in the mountains on my elk hunting stand and this individual happened to coincidently walk out in front of me? Would impulse overcome rationality?

Not knowing the answer, I wrote the first two chapters of the book and set out to find a writers agent. At that time self-publishing was virtually unheard of and unsurprisingly, my first thirty or so author queries were met with total rejection, at least from the agents who had the courtesy to respond. Some expressed shock that I would even consider writing a novel on this subject. As we all know, getting past rejection is easier said than done and I devoted my energies to finding another airline job. I caught on with two charter outfits that promptly went bankrupt themselves before I landed a job with an airfreight outfit and settled into a steady routine that lasted for nearly twelve years. I had thought that I would be able to complete the book during that time, since being back in the flying business had presented me with much in potential material and possible story scenarios, but my progress was much too slow.

Mandatory retirement from the airlines was followed by a job flying corporate jets and another excuse for the lack of writing discipline. The answer finally came from what we all know too well; to be successful as an author, YOU MUST WRITE! Perhaps it is silly, but it is something we have to tell ourselves every day. I had already come up with the final plot for the book when I was still flying airfreight but it remained for me to set goals: a total page count, a chapter outline and a word goal for each chapter. Once organized, it was “only” a matter of fleshing out the story. I say “only” tongue-in-cheek because it still took two more years to finish, even once I had adopted a more disciplined approach. I was even able to add a denouement to bring the story into the present time and the first edition was published just before the deregulation of the securities and banking industries led to the nearly total meltdown of our economy. It turns out that airline deregulation was only a harbinger of the bad times to come.

About the author:
J.R. Hauptman (pseudonym) has been a professional pilot for nearly a half century. Barely twenty years old, he began as a military pilot and for almost two years he flew combat support missions in the Viet Nam War. Upon leaving military service he was hired by a major airline and was initially based on the West Coast. His flying career was interrupted by the turmoil that racked the airline industry during the early days of deregulation. In the interim, he worked as a travel agent, a stockbroker and even trained dogs and horses. In the late nineteen-eighties, he returned to aviation, flying jet charters and air freight. He concluded his career flying corporate jets and now lives in Florida. He is completing his second work, a non-fictional social commentary and surfs every day, waves or not. You can visit his website at http://www.caddispublishing.com.
Posted by Marta Stephens at Monday, July 20, 2009

JR, welcome to Murder*by*4. First of all, I want to thank you for your service to our country. Thank you! And secondly, congrats on finishing the book. Whether a book takes twenty years or twenty months, it's still a phenomenal feat. Take care and hope you'll come back to visit us here.

What a story! You have the story in your book, and another entire story about how it came to be. Very cool!

I'm terribly jealous that you live in Florida and get to surf every day. :-)

Nice to meet you, and glad the book finally became real.

To the Readers at MB4:

Thank you for your comments on why it took so long to finish my book,"The Target." I would like to also share with you "My Best Flying Story Ever" that is posted on another blog. I'll have to ask the permission of the webmaster here at MB4 whether I can link the blog or publish it here.
I greatly appreciate the opportunity to have my book posted here on Murder by 4. The internet is the only hope these days for a first time self-published author. I have about five more good books sloshing around in this old heart and brain and my goal is to see them in print in my remaining years.

You have crafted a terrific story, J. R. The Target is an engaging read and I look forward to your other works, regardless of the topic. You have learned your craft well.

My review of this novel may be seen on Amazon.