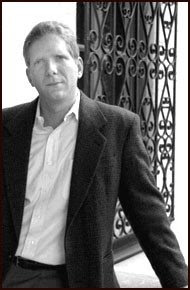 I’ve just finished putting together a “guest editor” post for Barnes & Noble in which I was asked to put forward any three books I happen to like. Always best to have an organizing principle, says I (I am clever that way), so I decided – since I write what I hope are suspenseful books – to go with three very successfully tense and compelling novels. What I realized in the process is that, very often, the novels I like best are the ones that have ambiguous or unresolved conclusion. 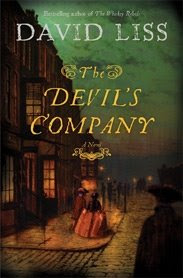 Does this mean I don’t like resolution? No way. I love resolution. I’m the guy who watches the animated bar while downloading software onto my computer. I don’t like to multitask, and moving on to one project before another is finished is my idea of a very unhappy time. But it is not the final pay off that resonates with me when I set down a book. The parts of fiction I love most are the wind up and the pitch. What happens to the ball once it reaches the batter – just to drain every last bit of life out of this metaphor – is almost besides the point. You know those books and movies in which you have all this build up and then the last quarter is all action and chase and gunplay and physical danger? I always lose interest in that last quarter. Dodging bullets and jumping from one rooftop to the next tends to leave me cold unless there is some compelling character-building going on at the same time.

Suspense, to me, is critical to good story-telling. I love mysteries and thrillers, but, in my view, all traditional narratives are driven by suspense. Love stories, character studies, whatever. All of this goes back to the origins of the novel. Isn’t Tom Jones a mystery about Tom’s origins? Isn’t Pride and Prejudice driven by the narrative tension of who Elizabeth will marry?

I suspect some writers confuse action with intensity, and they think that readers want tons of physical danger in the last act of a novel, but I’m just not sure that’s the case. Yes, particularly in a mystery or a thriller, the gas should be turned all the way up as you approach the end, but that doesn’t have to mean death-defying stunts and artful dodges. It can just mean that there are important revelations, motivations are made clear, true faces are shown, and the depth of the situation is shown to be more dire than anyone thought.

But do you need a clear resolution for a mystery or a thriller to be successful? I really don’t think so. I don’t mean that writers should cop out. All books establish their own rules, and writers can’t break faith with the reader in the final pages just because they feel like it. If, however, we are talking about the kind of novel that dwells in the dark places, I don’t think it’s wrong to leave the reader in the shadows. I don’t do this myself, but I’m not against it and I don’t resent that ambiguity when I find it. A novel, after all, is not like candy bought from the bulk containers. You don’t measure your satisfaction by what you can hold in your hands. In fiction, the satisfaction comes from the whole process, and the first act is just as important as the last. If I stay up all night reading a book that’s grabbed me by the pajama lapels, that feeling of being fully drawn-in is what matters to me, not a lot of closing action or neat resolution.

David Liss is the author of five novels, with more on the way. His debut novel, A Conspiracy of Paper (2000) with its hero, the pugilist turned private investigator Benjamin Weaver, was named a New York Times Notable Book and won him the 2001 Barry, MacAvity and Edgar awards for Best First Novel.

David's second novel, The Coffee Trader (2003) was also named a New York Times Notable Book and was selected by the New York Public Library as one of the year's 25 Books to Remember.

His third novel A Spectacle of Corruption (2004) the sequel to A Conspiracy of Paper, became a national bestseller. David's fourth novel, The Ethical Assassin (2006) is his first full-length work that is not historical fiction.

David's most recent novel, The Whiskey Rebels, is set in 1790's Philadelphia and New York. The third Benjamin Weaver novel, The Devil's Company, will be in stores in late 2009.

Born in New Jersey and raised in Florida, David is, in fact, a one-time encylopedia salesman. He received his B.A. from Syracuse University, an M.A. from Georgia State Universty and his M.Phil from Columbia University, where he left his dissertation unfinished to pursue his writing career.

David lives in San Antonio with his wife and children. You can visit his website at www.DavidLiss.com .
Posted by Marta Stephens at Monday, July 13, 2009

Thank you, Murder by 4 and Marta for spotlighting Alan for us today!

Currently reading The Devil's Company. A must read!

I agree that action is often misaken for intensity, especially in movies!

Some of them start with action and continue on until the end, which leaves no room for buildup.

Excellent article. I like resolution, but I've read books that don't have it and am not always disappointed.

Best of luck with your book.

I love action as much as the next, but for me there's nothing better than the challenge of one mind outmaneuver another.

I love that "gotcha!" moment. Thanks for joining us today. All the best with your book and this tour.

Great post, David. I had to stop and wonder if I prefer resolution over no resolution. I kinda prefer things to have a conclusion. Everything needs to be tied up. BUT, I agree I like it if the ending leaves me wondering and wanting more.

David, this was beautifully written and filled with great insights. Last night I watched the movie, "The Secret Life of Bees." I'm ashamed to admit I didn't read the book first(I have such a tall stack I'm working through!). In spite of the fact that I'm a mystery/suspense fan, this moving story left me a simpering, smiling, teary eyed wimp. God, what characterization. I fell in love with each character, one by one, and at the end, pronounced it one of my top ten movies (read that as "stories") of all time.