The Switch From 1st to 3rd POV 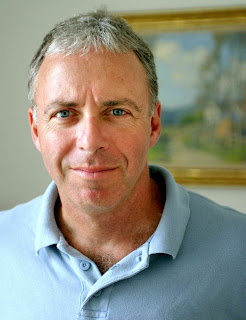 For ten years and eight crime novels I worked inside Jack McMorrow’s head.

McMorrow is my first series hero, a battle-worn ex-New York Times reporter who has fled to the woods of Maine but still can’t resist a good story. His inquiries inevitably stir up more than just a story, and I’ve chronicled his encounters with marijuana growers, abusive boyfriends, ex-girlfriends from New York, runaway kids, and rich summer people who think they are above the law in Maine.

And it has all been told, as they say in the movie biz, from POV JACK.

With Jack as first-person narrator of these tales, I’ve learned a lot about my hero. I know what he thinks of his significant other, social worker Roxanne. I know wh 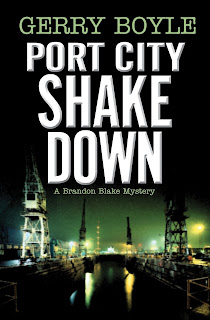 at bird songs he recognizes, I know what he thinks about as he traverses the state, I know what question he’s going to ask next, and why. And when Jack doesn’t know what is coming next—a gunshot, a fist—I can’t forewarn readers, not with an aside. I’m inside McMorrow, the camera is mounted on his head.

For readers who like McMorrow and his perspective on things, each book is like getting back together with an old friend. At least that’s what I hope happens. He and I have gone through a lot together, his fall from grace in New York, his difficult relationships, his close calls, the self-destruction in the early books, his darkest years. But there are constraints in this sort of narrative and I occasionally would slip away from McMorrow with a parenthetical passage. A murderer burying a body; a child being locked in a dark closet, a flashback through old news clips. And I found that writing those parts was a lot of fun.

So when I started a new series (just kicked off with PORT CITY SHAKEDOWN, featuring a young boat bum named Brandon Blake), I decided to go with third-person narration. It was interesting, liberating, and challenging as hell.

A first-person novel has a built-in narrative, and the plotting is simplified. What just happened dictates what will happen next. Did Jack get an interview or did he get a gun pointed at his head? Given that, what will he do next? Of course, I, as the author, decide who the supporting actors are, how they are motivated, whether they talk or fight. But once they’re set in motion, Jack and I are both strapped in for the ride.

With Brandon Blake, I found that the choices in plotting were expanded—and daunting. For instance, I was able to explore the motives and psyches of the villains much more easily in the third person. I could step in and out of their heads at will. I could write, not only what they said, but what they thought. There are a couple of thugs in PORT CITY SHAKEDOWN, one the brains, the manipulator, the other the blunt-trauma sidekick. How do they really feel about each other? When they say or do one thing, what are they really thinking? What really makes them tick? As someone who has both respect for and fascination with criminals (fifteen years in the newspaper business will do that), it was interesting to be able to develop them more fully as characters.

There were potential pitfalls in the third-person form. One, it’s easy to get lost in any and all of the characters. I had to be careful to not let secondary characters upstage the leads. Two, the ability to change point of view at will was tempting. I had to be careful not to jump around too much. Readers like twists and turns; they don’t like whiplash.
Three, I had to make sure that the series “hero” was as and preferably more compelling than the other characters. If you hang a series on a character, you don’t want readers wondering why.
I’d love to hear what readers and writers think of the two structures. I’m still weighing both, and went back and wrote another first-person McMorrow novel (DAMAGED GOODS, February 2010). In some ways it was odd, going back to a single camera; the secondary characters had to reveal themselves in dialogue or action. But in other ways it was like a phone call from an old friend. We started right where we left off, didn’t miss a beat.
About the author:
Gerry Boyle is a crime novelist best known for his acclaimed Jack McMorrow mystery series, featuring an ex-New York Times reporter transplanted to Maine. Boyle is a former reporter and columnist who spent nearly two decades covering Maine crime. He continues to write as a freelance journalist for magazines, and is editor of the alumni magazine at his alma mater, Colby College. Boyle lives in a lakeside village in Maine where he and his wife Mary have raised three children. This summer he is applying the last touches to DAMAGED GOODS, the ninth McMorrow novel, due out in February 2010. He reports that research for the second Brandon Blake mystery, is almost done.
Posted by Marta Stephens at Wednesday, July 15, 2009

Gerry, I can certainly relate to your article. In my new book I've switched from 3rd person limited to 1st. I love getting into the mind of the criminal when using 3rd person limited so telling the whole story from the POV character only is an interesting challenge.

Great to have you here at MB4!

I confess to being a long time first person POV writer. I just love the way I can make the character zing by being so close in their mindset.

Having said that, I will at some point delve into the third person in a book or a story.

But my first choice shall always be first.

A nice breakdown of 1st and 3rd person here! So true that both POV types have their challenges. Like Marta, I started out in 3rd person and recently switched to 1st for one of my series. I think 1st is more challenging, story-wise, because of the limitations of being in only one character's head. But it does give a lot of depth.

What a great article. So many people seem to stay away from 1st person, but I think I write a strong piece in 1st.

Good luck with your new series.

Fascinating. I read a novel in a mix of first and third person, but it really didn't seem to work, for me anyway.

Gerry, wonderful piece. Thanks for being here with us today.

Re. Sheila's comment - the first person I read who "broke" the paradigm of sticking with one POV in a novel was James Patterson. I spoke from Alex Cross's first person POV, then switched to the killer's mind. Of course, when you're selling millions of books per year, you can be a little adventurous in that regard. I tried it in Healey's Cave, at my wife's urging, and felt it worked.

Thanks very much, Gerry. Come back soon!

Gerry, I've struggled with that as well. In my first suspense novel (unpublished), I wrote in 1st person. It seemed to be a more personally intimate feel than 3rd. After I completed the initial draft, I felt that too much viewpoint had been sacrificed in the process. So, I woke up one day with the idea of using 2 1st person POVs, switching from chapter to chapter. I used the 2 main characters who were very different personalities and eventually involved in different plotlines. I liked it much better after that rewrite and my critique feedback was quite positive.