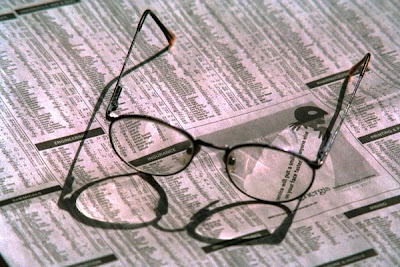 a
Murder*by*4 is pleased to announce our guest blogger today. Victoria Kennedy, a three year veteran at Midwest Book Review, has earned her own MBR bookshelf. Jim Cox's Midwest Book Reivew site is revered world wide in libraries and a multitude of literary venues. It's an honor to be invited to become an MBR reviewer, and we're equally honored to host Vicki today.
a
I was delighted when Vicki requested a review copy of Mazurka: A Gus LeGarde Mystery,(coming August 2009 from Twilight Times Books) and we soon realized we had a great deal in common, particularly regarding our reading tastes. She introduced me to James Doss, a southwestern style writer I'd never had the pleasure of "meeting," and I've just purchased the first in his mystery series at her recommendation.
a
So, without further ado, please join me welcoming Vicki to Murder*by*4 with her first guest blog.
***

As much as I might like to say that noble ambitions led me to writing my first book review, I’d only be lying to pump up my ego. The truth is I love to read, am hooked on the Internet and one day I stumbled across Midwest Book Review. I read through it and found the “Become a Reviewer” heading, clicked on it, wrote a book review and submitted it. The editor Jim Cox found it acceptable and suddenly I was a reviewer.

I sent one review a month for about five months and decided to do more, which landed me my own column, Victoria’s Bookshelf, in the Reviewers Bookwatch section of MBR.

My love of reading has given me eclectic tastes and I’m apt to read anything that captures my interest, either through title, cover or synopsis. If I come across a book that’s not to my liking, I do my best to say something good about it. After all what I like or don’t like is inconsequential and for me to trash the book would be wrong. Someone else might love it and I’d be doing them a disservice in scaring them off. And if it were my book being reviewed, I wouldn’t want a reviewer to treat me that way.

I’m still learning and trying to find ways to improve my reviews. I don’t claim to be perfect, though sometimes I’d like to be.

Being a reviewer has changed me as a writer by making me more aware of what makes a great read and what doesn’t. I enjoy the challenge of trying to do a good review and at the same time trying to help a fellow writer. I have to do that and still strive for honesty with the reader.

This August marks my third anniversary writing for Midwest Book Review and February of 2010, I can celebrate three years of having my own column. How cool is that? Well if you’re a book nut and a writer, like me, it’s awesome.

Before I go, I’d like to share my favorite review with you. It’s from my column in the Reviewer’s Bookwatch of April 2007. 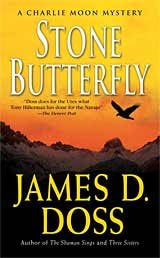 Are you up for another good mystery starring Charlie Moon and his feisty Aunt Daisy? James Doss didn’t disappoint me, but then he never does. He’s an author that can tell a good yarn with the best of them.

The story begins with Daisy relating a horrific dream to Charlie. Daisy’s description of the dream is graphic and poor Charlie almost loses his appetite. (If you’re familiar with Charlie at all you know he eats a mountain of food and is always hungry. The food he eats would put most of us in the cardiac intensive care unit, but not Charlie who happens to be slender and seven feet tall.)
When the dream becomes a gruesome reality, Charlie and his aunt find themselves involved in trying to help an old friend from the past. Will they be able to help their friend, or is it already too late? Charlie puts his own life at risk to help solve the murder of an elderly man. Will he succeed or fall prey to the killer himself?

Charlie has retired from being a Ute tribal police officer and is a full-time rancher, part-time tribal investigator. He’s a good-natured fellow and finds amusement in almost everything. Daisy is a cantankerous and sly old woman. Whenever Doss does a flashback to her younger years, I always want him to tell me if she was always this way or if age, aches and pain have formed her into what she is. One is never sure of Daisy’s age, but sometimes I think she was in her little canyon in Colorado when the Spanish Conquistadors first arrived in the South West. The tribal elder is always getting herself in trouble and true to form she pushes the button in Stone Butterfly

Don’t pass up your chance to read a great mystery with many little twists and turns. I loved the book and highly recommend it to all lovers of mystery.

***
Bio:
a
Victoria Kennedy‘s publishing credits include sales to Dorchester Media, Vision A Resource for Writers, Country Woman Magazine and a short story in the Ruins Metropolis Anthology, published by Hadley Rille Books. Lately she’s been trying her hand at mystery writing and trying to break into new markets. Victoria’s also a freelance book reviewer with a column, Victoria’s Bookshelf, in the Reviewer’s Bookwatch section of Midwest Book Review.
a
Here’s a link to her to one of her columns: http://midwestbookreview.com/rbw/jan_09.htm#victoria

Hi Vicki,
Thanks for the tip on James Doss. I'll have to check out his books. I'm always up for a good southwest mystery.
Debbie Doggett

Nice article, Vicki. I'm going over to MWB to take a look. I think it takes a skilled and intuitive reviewer to do homage to a good read without spoiling the story for everyone else.

Thanks for drawing my attention to James Doss.

Vicki, thanks so much for joining us today. My first James Doss book already arrived, and I can't wait to dig into it. If only I didn't have so many previous committments to read manuscripts! LOL.

How cool! It's great to hear thoughts from a book reviewer. Thanks for posting with us, Vicki!

I love the review. It sounds like I need to an another author to my list of ones to look out for. And it was interesting to learn how you got your column.

I hope you all enjoy Doss as much as I do. Thanks for all your comments!

Oops! I don't know what I did to come out as anonymous, but I'm talented. Be sure and let me know how you liked the Doss book, Aaron.

(I hope I posted this right this time.)

You got it, Vicki!

Vicki! You forgot to mention your great mystery lovers review of the latest MWA anthology, The Prosecution Rests!

The Prosection Rests is a great read put out by Mystery Writer's of America. Thank you for reminding me of it, Leigh.

Vicki, I love learning about other people's journeys! Thanks so much for your post and for sharing that wonderful review of Stone Butterfly.
Marta

Thank you for having me on here, Marta. It was fun!