The Facts of Fiction 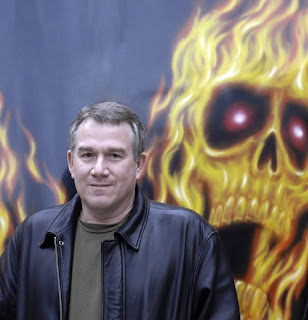 Getting it right, even when making it up, and living with the consequences

by
Eric Stone
I haven’t been sued, yet. I did once endure a very uncomfortable phone conversation with an old colleague who I had based a character on in my first novel. My father is embarrassed to have some of his friends read my books, he’s afraid they will assume they are autobiographical. He does. (One of the best pieces of writing advice I ever got was, “Write like your parents are dead.” Sorry, Dad, but I try to do that.)

My books are fiction. I make them up. 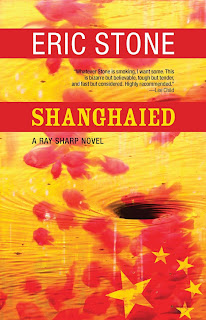 But even the farthest out science fiction is based on some fact. No matter how “magical” some of those South American writers get, “realism” is part of the description of what they do.

Some things, you’d better get right or you’re gonna hear about it, endlessly.

Get a right or left turn wrong, put Tommy’s burgers at the corner of Third and Belmont rather than Beverly and Rampart, claim that Moron, rather than Ulan Bator, is the capital of Mongolia, and you’re in trouble.

For some reason, maybe they like the sound of the word, Glocks are the pistol of choice for a lot of crime writers. I’ve read several books that refer to someone releasing the safety on a Glock. Problem is, Glocks, at least ones that haven’t been monkeyed around with by a gunsmith, don’t have safetys. I have a friend who made that mistake. He almost had to change his email address.
“’Scuse me while I kiss this guy.” That’s not what Jimi Hendrix sang. If you’re going to use it, or anything else, get it right or make sure there’s an obvious reason why you’re getting it wrong.

Research is important, even in fiction. Sometimes it’s the only way you can make your book plausible. And plausibility counts in fiction, even far out, wacky fiction. Mark Twain said this about that: “Truth is stranger than fiction, but it is because fiction is obliged to stick to possibilities. Truth isn’t.”

But then there’s other facts, the sort you might need to disguise. A wealthy Asian family figures into my new book, SHANGHAIED. Some of the people reading the book are going to recognize some of the things about them. But not everything, because I was careful to toss in enough else that I can honestly say, “Nope, that’s not them.”

Elements of real people figure into the characters in all of my books. My hero’s girlfriend is a composite of several of my own past girlfriends and some imaginary parts as well. (One of them once recognized the parts that were her. She was pleased, mostly.) Though my father is wrong, the books aren’t autobiographical, yet parts of them are. And undoubtedly some of the character traits of everybody in all the books, are some of my own.

Sometimes, you need to be careful. In my first novel, THE LIVING ROOM OF THE DEAD, I referred to Stanley Ho, a very real person who owned all the casinos and most of the nightclubs, bars, big restaurants, massage parlors and transportation in Macau. As part of the story, I wrote that he had made his initial fortune by running guns to the Japanese during the Second World War. That fact is well-known. But the publisher’s lawyers made me take it out of the book. They were afraid of being sued in a country where British libel laws are applied. Under British law, truth is not an adequate defense against a charge of libel or slander. (I guess owning brothels is okay.)

The stories in my novels are based on two different sorts of facts. THE LIVING ROOM OF THE DEAD and FLIGHT OF THE HORNBILL are based on real stories with real beginnings, middles and ends. As a journalist, I covered those stories. When writing the books, I did my best to forget everything other than the basic skeleton of what actually happened. While anyone familiar with the facts of the real life stories will know that’s what I was writing about, most of the plot developments and characters are entirely made up. I used the real stories as springboards to writing about larger, more fleshed out issues.

GRAVE IMPORTS and SHANGHAIED are based on sets of facts, around which I concocted stories. The plots showcase the facts and also give me the scope to bring a broader range of issues and developments into the books. In both these cases, many of the details are accurate as to how and where they take place and some of the characters are composites of real people. What I think of as several of the most fantastical elements of the stories, are close enough to real events that they flirt with violating Twain’s dictum about fiction being obliged to stick to possibilities. But they are disguised, in some cases better than others.

People regularly tell you to write what you know. I suppose that’s true to some extent, but since we are lucky enough to live in the information age, what you already know isn’t as important as it used to be. If you don’t know it, you can look it up. (A note of caution: if you’re looking it up on the internet, look it up in at least three or four different places, then split the difference. Wikipedia is a great resource, but it is not always right.)

And sometimes, what you know can get you into trouble. My first novel mostly got excellent reviews. One reviewer, however, was disturbed by what they thought was a ridiculous coincidence that made a major plot development possible. My protagonist, Ray Sharp, is knocked out, then comes to on a fishing boat that just happens to be going near an island that he needs to get to. Pretty lucky, huh?

The problem was that the harbor where the fishing boat was docked, and the island in the South China Sea that Ray goes to, are real places. I know them well. And I know that the primary fishing grounds for boats based in that harbor, really are right around that island. In real life it’s not at all strange that my hero would end up there.

Most of my readers, however, didn’t know that. So it seemed like an overly convenient coincidence. Luckily, I had enough time between publication of the hardcover edition of the book (which was the one that got reviewed) and the trade paperback to sprinkle a few extra sentences in places where they could establish that it made sense for Ray to end up where he did.

So, what I’m saying is, get it right. Even when you’re making it up, get it right. And when you get it too right, and you make someone mad, remember: It’s fiction.

* * *
About the author:
Eric Stone’s most recent book is Shanghaied (July 2009) the fourth in the Ray Sharp series of detective thrillers set in Asia and based on true stories. His previous series books include Flight of the Hornbill, Grave Imports and The Living Room of the Dead. He is also the author of Wrong Side of the Wall, a true-crime / sports biography.

Eric worked for many years as a journalist in the U.S. and Asia, covering everything from economics to crime; politics to sex, drugs and rock & roll. He once wrote an advice to the lovelorn column for a bi-lingual (English-Chinese) fashion magazine. He currently lives in Los Angeles. Eric’s Website: http://www.ericstone.com/
Posted by Marta Stephens at Friday, June 19, 2009

A while back someone in an author’s forum asked if it was important to do research when writing fiction, like you, most said yes. Of course there’s always one person in every group who insists on being contrary and that because it’s fiction (i.e., made up) it didn’t have to be factual. The discussion/dispute went on for days. We finally rode him out of town. LOL.

But seriously, I couldn’t agree more with your post. I can’t tell you how much I research the topics for my crime fiction and in the end, no glowing review (and I too have received a few) could top the comments I received from professionals in the field who said I nailed the role of the detective and the investigation.

Fiction or not, it has to ring true to the reader. Thanks so much for visiting MB4!

All the best with your book. :)

Thanks Marta. I do think it's vital to get things right. When you get them wrong it takes the reader, at least the readers who see that, out of the book. At the very least, something that doesn't ring true, or logical disrupts the flow of the book.

Sure fiction is made up, but it's made up within the context of the world that we all live in. I've written articles for magazines and newspapers where I can back up the truth that is stranger than fiction with my research, but in a novel you don't get cut that same slack.

Excellent post, Eric, with fine points. I agree with you and Marta. I did a lot of research on Chopin for Mazurka (my European mystery with a historical twist). Although I'd been to Paris, I also researched it again before bringing my hero to the city. You can't remember everything from one week's stay.

Thank you. I hope you'll come back again to share a piece with us.

Fiction is made up, but it's made up within the context of the world that we all live in.

I completely agree with this, Eric, and extensive research such as yours makes for the most enjoyable fiction. Best of luck with your new book.

"even when you're making it up, get it right." Love this!!

Your post contains excellent points. My current WIP is completely set in Egypt and even though have been there, it's been a few years. So, a lot of research is taking place.

Eric, good luck with your new novel. I admire your work and look forward to reading this one.