The Best Decision of My Life

I've just made the best decision of my life.
Really! I'm serious!
I've decided to scale down for the summer on the scintillating job search frontier. I'll still look, but I'm not going to do it 35 hours a week like I have been since I was unofficially unemployed since April 31st. I've done the career counseling stuff, fourteen hours a day. I've been to networking events ad nauseum. I have forty thousand versions of my resumes and marketing plans. The career fairs have been torture, all stiff necked smiles and sweaty hopefuls. I've had one interview - ONE - and don't even know if they liked me after seven weeks of waiting. The applicant pool is so rich and so huge that they're STILL doing first interviews. Will I be called back? God only knows.
But even though Kodak basically withdrew our retirement package (long story), after 27 years I am lucky to have a great severance package that will last me until next April, good health care, my own health (after a little ER scare last week that resulted in a week in bed), and a family that loves me. And I've been writing like the wind. It's been pouring out of me, effortless and in streams of words I'm proud to say are mine. The edits are smooth and actually fun (Ha! Imagine that!) and I'm almost done with my thirteenth book. Lucky thirteen, I hope.

My daughter Allison needs some back surgery for a badly herniated disk, and I want to be home to nurture her. How could I have done that if I'd still been working 50 hours a week? 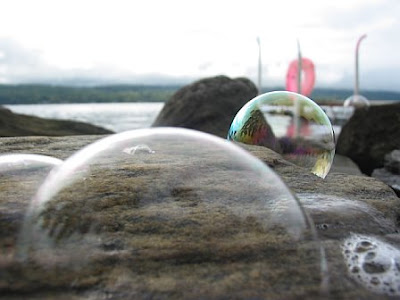 I've been fixing up the place and getting all the broken stuff repaired - laptop, PC, monitor, faucet, pool pump and filter, brakes on the van, phone lines, storm doors, chimney cleaning, and much more. It feels SO good to be able to think about and actually follow through on keeping up the house. It's clean, I'm cooking great meals every night, and I've even had time to make the beds every day. We have enough fire wood delivered now to take us all through next winter. What a great feeling.
My ARCs (advanced reader copies or advanced review copies) for Mazurka arrived this week and I've been happily packaging them up for reviewers all over the world. (by the way, if you want to be a reviewer, contact me. I still have a few left.) 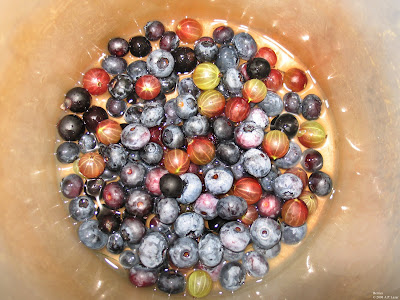 Dear daughter Melanie has been home for the summer and we've had many evenings of being serenaded by her with her lovely voice and guitar. I've been taking luscious photographs and have purchased tons of frames and mats to do some creative packaging to sell my photos at the many book signing venues I've set up for the season.

And my dear grandsons are now officially out of school for the summer. Today we spent the entire day in the 22-year-old above ground pool and in the garden, eating fresh cherries and strawberries, and looking for new peapods on the vines. We've laughed, run, rolled in the grass. We've talked about deep subjects, and the boys have been perfect angels. Well, practically. 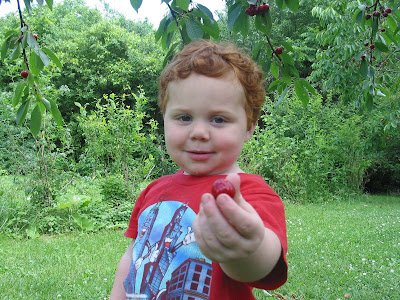 Summer beckons, with the allure of sundrenched days, red ripe fruit, and the smiles of my grandsons, who will never again be 5 and 6 years old. By the time I officially retire, they will be driving Mustangs and chasing girls.
So I'm taking the summer off, and will deal with the financial demons of the future when it's over.
With absolute certainty, I know I've just made the best decision of my life.
a
- Aaron
a
P.S. I'll be away from the Internet when this posts - so thank you in advance for your comments!

***
Aaron Paul Lazar wasn’t always a mystery writer. It wasn’t until eight members of his family and friends died within five years that the urge to write became overwhelming. “When my father died, I lost it. I needed an outlet, and writing provided the kind of solace I couldn’t find elsewhere.”

Lazar created the Gus LeGarde mystery series, with the founding novel, DOUBLE FORTÉ (2004), a chilling winter mystery set in the Genesee Valley of upstate New York. Like Lazar’s father, protagonist Gus LeGarde is a classical music professor. Gus, a grandfather, gardener, chef, and nature lover, plays Chopin etudes to feed his soul and thinks of himself as a “Renaissance man caught in the 21st century.”

The creation of the series lent Lazar the comfort he sought, yet in the process, a new passion was unleashed. Obsessed with his parallel universe, he now lives, breathes, and dreams about his characters, and has written nine LeGarde mysteries in seven years. (UPSTAGED – 2005; TREMOLO:CRY OF THE LOON – 2007 Twilight Times Books; MAZURKA – 2009 Twilight Times Books, with more to come.)

One day while rototilling his gardens, Lazar unearthed a green cat’s eye marble, which prompted the new paranormal mystery series featuring Sam Moore, retired country doctor and zealous gardener. The green marble, a powerful talisman, connects all three of the books in the series, whisking Sam back in time to uncover his brother’s dreadful fate fifty years earlier. (HEALEY’S CAVE: A GREEN MARBLE MYSTERY, 2009; ONE POTATO, BLUE POTATO, 2010; FOR KEEPS, 2011) Lazar intends to continue both series.

“It seems as though every image ever impressed upon my brain finds its way into my work. Whether it’s the light dancing through stained-glass windows in a Parisian chapel, curly slate-green lichen covering a boulder at the edge of a pond in Maine, or hoarfrost dangling from a cherry tree branch in mid-winter, these images burrow into my memory cells. In time they bubble back, persistently itching, until they are poured out on the page.”

The author lives on a ridge overlooking the Genesee Valley in upstate New York with his wife, mother-in-law, and beloved Cavi-poo, Balto. Recent empty nesters, he and his wife are fixing up their 1811 antique home after twenty-five years of kid and puppy wear.

Lazar maintains several websites and blogs, is the Gather Saturday Writing Essential host, writes his monthly “Seedlings” columns for the Voice in the Dark literary journal and the Future Mystery Anthology Magazine. He has been published in Absolute Write as well as The Great Mystery and Suspense Magazine. See excerpts and reviews here:

Aaron, Refreshing...Revealing...Redeeming...I felt compelled to respond with these words that instantly came to mind and realized that they are also words one would love to see in a book review. Truly meant - taking a page out of my book (virtual/spiritual) it is not doing the work that counts in your search - it is the setting aside all the unnecessary and recognizing and picking up what is placed in your path without bias or prejudice. Blessings friend! CPD

I'm so happy for you, Aaron. I agree - this is a great decision! Now get out there and have the most wonderful summer ever (and a great vacation!)

I love your positive take on things. But having met Gus in Mazurka, I should know you'd turn all things to good. Congratulations on the ARC copies (Hey, I even know what ARC means now, thanks to you.)

Aaron, the time is going to go so fast. Sounds like you've got the perfect attitude. Have fun. And here's hoping you find a fab job that starts the first or second week in Sept.

Thanks, everyone. Loved your comments. Just back from my week on the lake - mostly me taking care of the grandsons, but we had a blast together. ;o)