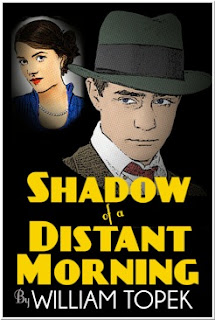 © William Topek 2011 all rights reservered
A man's cufflink found beneath a couch cushion. An unexpected signature on an important document. An offhand remark. A billboard seen a hundred times that suddenly takes on new meaning. A clue can be literally anything, and if you're writing a mystery, you're going to need some. No one wants to read a mystery that remains unsolved at the end of the story. That would enrage a reader more than having your whole story turn out to be just a dream. As a writer, though, what sort of clues should you create and how do you insert them into the narrative? The key here is variety on both counts, which needn't be all that difficult, as kinds of clues – and ways for introducing them – are nearly limitless.

Simply put, a clue is something that leads to or helps illuminate something else. A valid confession to a crime is not a clue, it's a solution. Finding the stolen money isn't a clue, not if you've been specifically looking for it. The villain's secret insurance policy covering his recently murdered wife could certainly be a clue. Discovering instead that this same villain had a secret meeting with a life insurance agent prior to his wife's death is a more nuanced and interesting clue. Clues can be misread or even go unnoticed entirely. They can appear before they're needed, long after, or just at the right moment. They can be specifically searched for or stumbled across. They can enter the mind through any of the body's five senses, or even a sixth sense if you believe in that sort of thing. They can gel in the subconscious or even in dreams before entering the fore-brain. To write an intriguing mystery, it's often best to mix as many different options as your story can comfortably hold.

The essence of human consciousness is taking in new information and mixing it with old, usually leading to a shift in perception of the old, the new, or both. Solving a mystery is an intensified subset of this natural process. You can show this in a straightforward, breadcrumb/treasure map style. One clue is presented after another after another, leading in a straight line to the goal. However, if you're attempting to craft an interesting and believable story (and why bother writing one if you aren't?), clues should come within the protagonist's sphere a bit more realistically.

In my novel SHADOW OF A DISTANT MORNING, the reader is taken through three weeks in the life of Devlin Caine, a private detective working in Kansas City in 1934. If readers expect interesting and well-placed clues in a mystery, this goes triple for detective stories. Many fans of detective fiction make it a point of pride to try and solve the case before the hero does (or at least to keep up). More ardent fans like to reread the novel at least once to see what clues they may have missed the first time through, and a good writer will try to give them that pleasure. Most of the rules of fiction writing are extremely pliable. If they weren't, we'd have run out of new stories centuries ago. Still, you can't cheat the reader, which is why, in a mystery, you can't have a new character who appears on the final page, neatly delivering volumes of highly specific and previously unknown information that explain everything.

While I strove to create a classic gumshoe character for my novel, the last thing I wanted was for the book to be one long cliché – a serious pitfall when vising a well-established genre. Realism makes a story believable, and the more believable the story, the more interesting and exciting it becomes when the protagonist is threatened. This is not to suggest that I don't enjoy science fiction or fantasy; far from it. But in good sci-fi and fantasy fiction, the stories are kept believable within the confines of the parameters established. In my effort to create realism and avoid cliché, I decided that Devlin Caine would not be hired to solve a mystery. No enigmatic client shows up at his office with a perplexing puzzle. Caine is hired by the same person for two separate and very routine jobs: what amounts to a background investigation of a potential business partner, and to act as a bodyguard. The reader gets to know Caine by experiencing his workaday world. The mystery takes off when Caine, looking to protect his own interests, finds an artifact that puzzles him, and seeks to know the connection between this artifact, the fairly routine work he is doing for the client, and the unexplained violence that has recently occurred in the story.

Naturally, several clues have already appeared in the story by now, most of them unnoticed by the hero who had no reason to be looking for them. However, Caine is a professional detective – intelligent, observant, analytical, and possessing a good memory. He has little difficulty looking back to find the missed clues when triggered to do so by new ones. As the story becomes increasingly complex, Caine finds it necessary to revisit his various theories on what's happening around him, revamping and remodeling as new information is uncovered.

And where does he get this new information? How are these new clues presented (as well as the ones he has to go back for)? Again, the key is variety. Caine finds many clues because he actively seeks them out. He obtains someone's personal calendar through one of his operatives. He bribes a bellhop for information on a guest's habits. He searches a dead man's hotel room. He instructs his operative to break into a government building to photograph sealed records. Being an experienced investigator, he fishes. He tosses out certain comments to check for reactions (or lack thereof), or falsely attributes quotes to certain people in an effort to seek confirmation from others. Caine stumbles across some clues by accident. A friendly conversation with a retiree in a local bar. A casual read of the morning newspaper. Turning the dial on the radio to check the news. Still other clues Caine finds by checking his memory, thinking back to earlier encounters, earlier conversations. He recalls things he paid no attention to the first time, or recalls scenes in which pieces were missing that he now realizes should have been there.

Of course, every single clue shouldn't lead directly to The Mystery. As with so many things both material and intangible, larger mysteries are made up of several smaller ones, at least some of which must be solved first. Nor should every single clue be immediately useful to the detective. What may appear to be a clue – or even be one – may still lead to a dead end in terms of what the hero is seeking (though even the process of discovering that dead end may open up a truer path). As a detective, Devlin Caine knows the difficulty in obtaining reliable information. He is a realist who understands that you can never know everything, that life doesn't come in neatly packaged, perfectly detailed slices. He doesn't look to get every last answer, just the pieces that matter to him and those he serves.

Clues can and should come from anywhere and everywhere. They can appear in infinite variety and be presented in any order. They can go unnoticed, trigger a faint disturbance in the mind, or hit with a thunderbolt of full-on realization, and at different points in the story, all three can happen with the same clue. Just as you strive to offer appealing variety through your writing (different characters, settings, plots, etc.), so the clues in a mystery should be offered in a similarly tantalizing array. A bland literary diet is for the inexperienced and the undemanding. A professional teller of tales sets a table for the more discriminating palate.

William Topek is originally from the Midwest, but has lived and worked throughout the United States and overseas. His widely varied career has included active duty service in the U.S. Air Force, teaching in a foreign middle school, and conducting regulatory seminars and security training as an employee of the federal government. He is a graduate of the University of Kansas and received his MBA from Willamette University in Oregon. His interests include film, fiction, history, and the art of storytelling.
Posted by Marta Stephens at Monday, February 28, 2011

William, this is a well-written and fascinating discussing of clue types, methods of "planting" them, and some great examples. Thanks very much for visiting us today at MB4, and come back soon! Best of luck with your book!

Wow awesome info ! Thanks for being with us today, WIlliam!

Thanks for the kind words and welcome, folks!

Will, this is an excellent article!
As a writer of a detective series, I found myself nodding throughout the read.

As a reader, I'm one of those who does want to solve the mystery before the protag, yet there is nothing better than that aha moment at the end when the reader is certain they’ve solved the crime and the author reveals a most unexpected but satisfying conclusion.

As a writer, I love working the clues and seeing how many I can hide for readers like me. :)

Thank you so much for the comments, Marta, and especially for giving me this chance to guest blog on your site. It was a very enjoyable experience. :)