The Joy of Pure Fiction 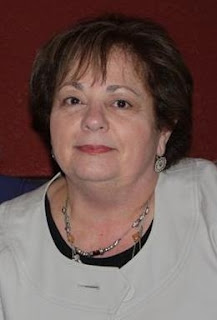 © Kathryn Casey 2010 all rights reserved
When SINGULARITY, my first mystery, came out, I noticed a couple of distinct reactions from family and friends. Before reading it, they seemed delighted that I wasn’t hanging around courtrooms and prisons as much as in the past, during my more than two decades as a journalist, writing true crime books and covering real murder cases. “It’s good for you to not see such a depressing side of life,” my aunt said one day, patting my hand. “It’ll give you a more optimistic view of the world.” 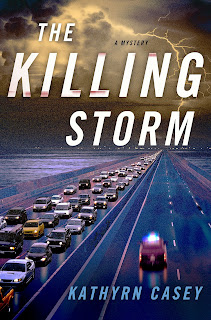 I didn’t argue. First, my parents raised me to not contradict my elders. Second, it can get pretty intense covering real murder cases, sitting with the victims’ and defendants’ families, watching their reactions, listening to the evidence, often grisly, looking at disturbing crime scene photos, and then, later, interviewing the killers.

My family and friends relief, however, was short lived. When they’d actually read the book, some eyed me rather warily. “You know, Kathy,” a friend said over lunch in a crowded restaurant one afternoon. We were out celebrating the new novel, and we’d both sipped a bit of champagne. I was feeling rather effervescent when she said, “Some of the girls have been talking, and we’re wondering if we should be concerned with the ideas you have floating around in your mind.”

I put down my fork, looked at her eye-to-eye, thought briefly, and then said, “You know, you really shouldn’t bother. I’m pretty sure, I’m okay.”

“But those murder scenes in your book,” she said, growing ever more adamant. “They were, how should I put this, unusual. Do you often think about such things often?”

Again, I took my time, considering the scenes she’d referred to. My main character, Sarah Armstrong, is a Texas Ranger/profiler. She doesn’t get the run of the mill murders. Instead, she’s kind of like that TV doc House, the one they call on to weed through all the clues when they can’t crack a case. In that first book, the one my friends had just read, Sarah hunted a serial killer and the death scenes were indeed unusual, in fact, ritualistic might have been a better word.

“You know, I do think about such things,” I told my friend, who shook her head slightly at my confession. “But you don’t need to worry, because the beauty of fiction is that none of it’s real.”

As my aunt had hoped, the transition from fact to fiction has been invigorating. After all those years covering real cases, I do have rather strange things floating around in my head, and, for the first time, I’m letting them out to play, resulting in plenty of plots and characters to draw on.

For instance, in the second book in the series, Blood Lines, I wrote about a deadly cyber-stalker circling a pop star and an oil company exec found shot through the head with a farewell note beside her body. Was it suicide? I’m not telling, but I will say that both plot lines tied back to cases I’d heard about but never wrote about back in the early nineties. So their roots are real, even though they’re thoroughly fictionalized in the book.

So is it any surprise that in the aftermath of Hurricane Ike hitting my hometown, Houston, I wrote a book entitled THE KILLING STORM? The African symbols and the sugar cane plantation in the book? All modeled after real places and archeological finds within an hour of my house. The location where the book builds to a climax? You guessed it. Real.

Yet everything else materialized when I let my imagination take over, freed from worrying about sticking to the facts, able to mold the best plot, scene, and characters. What’s the most delightful thing about writing mysteries? For me, it’s that when it comes to the killer: pure fiction.

Kathryn Casey is an award-winning, Houston-based novelist and journalist, the creator of the Sarah Armstrong mystery series and the author of five highly acclaimed true crime books. SINGULARITY, the first in the Armstrong series, debuted in June to rave reviews. It was a Deadly Pleasures magazine Best First Novel of 2008 selection, was included on Vanity Fair’s Hot Type page, won stars from Publishers Weekly and Booklist, and the Tampa Tribune said: “Not since Patricia Cornwell’s POSTMORTEM has a crime author crafted such a stellar series debut. Kathryn Casey hits the right notes.”


The second in the series, BLOOD LINES (2009) was called a “strong sequel” by Publisher’s Weekly, and was included in a Reader’s Digest condensed books edition for fall 2010.


THE KILLING STORM, Katherine’s latest, has been chosen as a Mystery Book Club selection, and Publisher’s Weekly labels it “the best in the series so far.” Library Journal awarded the book a star, and Kirkus calls it “pulse-pounding.”


You can visit her website at www.kathryncasey.com.
Posted by Marta Stephens at Monday, December 06, 2010

First, I should explain that I'm really short and have the kind of vibe that attracts timid children and people looking for directions. Think of me as a kindly hobbit matron.

I've had people back away from me when they start talking about one of my characters who is a sociopathic killer.

I've decided that's both funny and a compliment to my writing instead of being offended.

At least no one has hit me over the head with their purse or a cane like some do with actors who play bad guys.

My family started to worry when I bought books on poisons, began to researched weapons, tried to work out the “perfect crime”. LOL Thanks so much for posting on Murder by 4 and best of luck with your book launch and tour!

Kathryn, it's wonderful to have you here at MB4 today! Loved your piece, and I wish you the best with your series. When people ask me if my LeGarde and Moore mysteries are based on my life, I say yes, all except for the villains. Thank God, they're pure fiction! Come back soon!

Kathryn, your books sound just as I would want them: true to life.

thanks for being our guest here today!

Thanks so much for hosting me today! I enjoyed being here and love the blog! I look forward to reading your books. And yes, I guess our families do worry about us. It's kind of fun to keep them guessing!