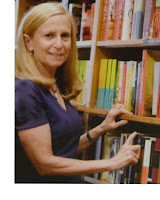 For many writers, putting words to paper is a solitary calling—but we prefer to seek our muse in each other’s imaginations. We’ve been friends and medical colleagues for over 20 years, and have successfully collaborated to give birth to Sammy Greene, our dynamic, redheaded investigative reporter and amateur detective in DEAD AIR, the first book in our new mystery thriller series. We’ve continued to write together even though a continent now divides us—it’s not surprising that the question most asked at our book signings is “how do you manage to write with someone else?” Our answer—synergy; the sum is greater than the parts. 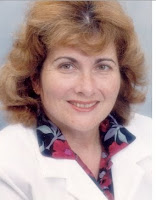 It’s frustrating to sit at the computer alone, staring at a blank page on a flickering screen and wondering if the true definition of writer is “masochist”. Being able to bounce ideas off a writing buddy is a way to expand creativity – especially when faced with a challenge on a plot point or some issue related to a character’s personality. Partnering also helps keep us on track—and on deadline. If your co-author is waiting, you’re more motivated to get that chapter done. And the gentle feedback when improvement is needed is kinder than an editor’s blue pencil, as is the word of encouragement when your energy or inspiration flags. And best of all, when you are lucky enough to have your novel published and you’re scheduled for TV or radio appearances, you have someone to lean on and chase away those pesky butterflies in your stomach.

I suppose we could say a writing partnership is a marriage of sorts. Both of us have been married (to our husbands) for years and figured that we were pros at collaboration. But writing with a colleague and friend presented a new set of challenges. First, Linda lives in LA and Deborah lives in Florida. It wasn’t the miles, but the time zones that made our communications a challenge. Early bird Deborah in the East and night owl Linda in the West had to scramble to find a time for those necessary phone conversations when e-mails didn’t fit the bill. And, each of us brought a slightly different shade to the lead character in our series, Sammy Greene—we had to ensure that the five foot red-haired, Yiddish sprouting investigative reporter didn’t end up with a “split personality”. Naturally, some of our “discussions” became highly spirited, but, our friendship endured, and the Sammy Greene thriller series was born.

How can you avoid the pitfalls of partnerships?

It’s probably a good idea to start with a written document with agreed upon items stipulated formally. Think of it as the equivalent of a prenup – hopefully the relationship won’t break up, but if it does, you’ve clarified “who gets what” so that a breakup doesn’t have to be acrimonious.

1. How will you share the money you make from the book? We recommend 50/50 for an equal partnership—with the copyright in both names.

2. How will you share any expenses that arise while you are writing (for example: copying costs, postage, supplies, long-distance phone charges)?

3. Once your book is sold, how will you share marketing expenses above and beyond what your publisher may provide? Unless you’re Dan Brown, your publisher will probably expect you to pitch-in for publicity.

4. Who will have the final word on contract negotiations? You both want to sell your novel, but may disagree on the terms. If you don’t agree to present a united front, it puts you both in a weaker bargaining position. (See: parenting teenagers.)

Then, some tips for working together with a smile.

• Agree that you will meet deadlines. That means finishing your assigned chapter or completing rewrites or edits when you say you will.

• Agree that you will let your partner know if personal life issues are keeping you from meeting your obligations.

• Agree to talk about problems—professionally and politely. That way you don’t let upsets simmer, or explode.

Don’t forsake your friendship for your work relationship. Because we both had full-time jobs and family responsibilities, we tended to communicate in work mode only, trying to get our writing finished in between the rest of our lives. We finally realized that we’d stopped talking about anything else. Now we try to make time to catch up on mutual friends and other non-writing related topics. It’s really helped to strengthen our friendship and our writing partnership. We‘ve finished novel #2 in our Sammy Greene thriller series, “Devil Wind” and are starting on novel #3--as co-authors and good friends.

Other novels by Linda:
WHERE ANGELS FEAR TO TREAD (AKA YOLANDA PASCAL)

Deborah and Joel practiced medicine together for years before trying their hand at fiction. Their first novel, Double Illusion, won rave reviews from the LA Times and was optioned for film. Their second book, Wednesday's Child, was compared to Mary Higgins Clark and was nominated for an Edgar Award. Their latest novel, Rabbit in the Moon is in hardback and on Kindle and has won numerous awards including the Gold Medal for Genre Fiction, Florida Book Award and Silver Medal for Mystery Book of the Year from ForeWord Magazine.


Linda is a physician, medical manager as well as author of nonfiction and now fiction. She also has worked in TV and radio, bringing an authenticity to our character, Sammy Greene.

Very interesting post. Thanks Deborah. You've got me thinking.

I loved "Dead Air"--you guys not only did a great job, but made it look easy.

I admire you for working together. I imagine it takes far more diligence to coordinate your work and time with another person.

Thanks so much for your post, ladies. All the best with DEAD AIR!

I worked with another novelist once to write a synopsis for her book - I thought it would be impossible, but it was fun and the synergy of two minds teaming up was very effective! Thanks for posting and best of luck with your book!