Tell us the title of your book and where we can buy it.

What is your book about? What genre is it and will you be writing another one in that same field?

A. Boca Knights is the story of Eddie Perlmutter, one of Boston’s most decorated, celebrated, heroic police detectives. Eddie retires to Boca Raton, Florida at sixty years old and becomes a hero all over again. He is nicknamed the Boca Knight by a local newspaper reporter after he saves two damsels in distress, solves a murder, busts a Russian Mafia ring and takes on a hate group that is seeking to infiltrate the tranquil gated communities of Boca Raton. Eddie describes a Boca Knight as ”anyone willing to fight for everyone’s right to live in peace.” Eddie inspires people to be all they can be…regardless of their age…and stop mourning what they “ustabe”… (“I ustabe a lawyer,”…”I ustabe a doctor.”…”I ustabe in business.”…) He leads by example and people follow.

I guess I fit into the mystery/comedy genre.

What inspired you to write your book?

A. I began spending my winters in Boca Raton in 1992. I was still active in my business and had no interest in leading the retired life of the people I referred to as “the ustabees”… The more I got to know these people, however, the more I began to appreciate that a ustabee had-to-be someone special in his prime and those special qualities can still shine through. Sometimes people just have to be reminded. Eddie Perlmutter jogs a lot of memories. I was inspired by the desire to tell the world about this underutilized human resource.

How long did it take you to write it?

A. It took me two years to write Boca Knights but I was still running an international company full time. I wrote from four in the morning until six…seven days a week. The second book took about 18 months while still working.

How much time do you spend editing and what is your method?

A. Not being an experienced writer I hired an editor to work on my manuscript as I wrote it. We communicated strictly by email and it was an on-going process. When my paid editor was done I did my own editing. Finally, when my manuscript was approved for publishing I worked with the publisher’s editor for months. I can safely say I spent more time editing than I did writing the story. Any author who can write a publishable first draft doesn’t need any advice from me. I think extensive editing is essential in the process of writing a good book. One of the greatest talents a writer can have is the ability to know when his work is bad and needs to be improved. My editing method is basic. I read my writing out loud. If I don’t like what I hear I re-write it until I’m satisfied.

A. I do not belong to a critique group. I write to entertain the average reader not to satisfy fellow writers. I have two non-writers read my drafts and I ask them to tell me what works and what doesn’t. I listen to readers more than writers. Listening to critique groups might be as confusing as it is helpful.

How do you market your book?

A. My publisher has a PR department who arranges radio and television interviews, phone interviews, discounts, in store promos, etc. I do a lot of signings and speaking engagements.

I also have my own PR firm that covers what the publisher’s PR department doesn’t. Without marketing and promotions I don’t think a new author can sell many books. Of course there are exceptions to every rule.

Do you have an agent? Was the process you went through to gain an agent difficult?

A. I have an agent. You can’t live without one when you’re beginning. I got my agent’s name from an associate who had worked with him. My first conversation with the agent was discouraging. He told me he rejected 99.9 % of what he reads and instructed me to send him three pages. After a couple of days he asked me to send him more pages. Then he asked for the entire book. Finally I got a call and was greeted with these unforgettable words; “Welcome to that one tenth of one percent.” He sold the ms to a major publishing company in a matter of months. It took eighteen more months for the book to be published. If you’re in a hurry…find another profession.

Who are some of your favorite authors?

A. I love Doug Preston as an author and a person. I like Carl Hiaasen, Elmore Leonard, Nelson Demille and Dennis Lehane. I like many other writers as well.

Do you believe reading is important for writers?

A. Reading is a must for me. I learn so much by reading the material of talented writers.

Do you have any advice geared toward the writing, or publishing of a book for our members?

A. I recommend every aspiring writer read “The Elements of Style” fourth edition. It is filled with useful lessons in writing and emphasizes the need to be concise. I recommend you be your own toughest critic and never accept anything less than your best effort. This takes a lot of patience but in the end your manuscript will represent the best you can do and hopefully that will be good enough. I also recommend attending writer’s conventions that include an event that allows you to meet one on one with literary agents... by appointment. Thrillerfest in NYC every summer has an excellent “agent meet writer” format.

Self publishing is also an option but book sales in this field are usually pretty dismal. If your objective is just to see your words in print then self publishing is the quickest way to get that done. There are a lot of self publishing firms. Check them out carefully before you spend your money. 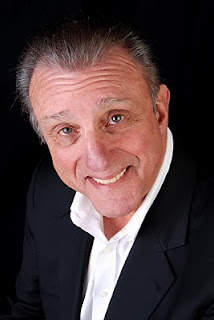 Too old a part for Tom Selleck? I read the interview and kept seeing Mr. Selleck in the part. Movie rights anyone?

Steve, welcome to MB4 and thanks for granting us this interview. I, too, used to write from 4-6 every morning when I worked full time. I wrote 2-3 books a year this way. It was quiet, dark, and a wonderful time to create! Thanks again and best of luck with your wonderful new series!

Thanks for being on Mb4, Steve! I am loving Boca Knights and have added it to my preferred list on my blog. Great stuff!

It's always interesting to read about the person behind the book. All the best!