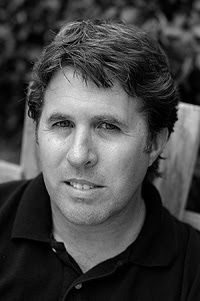 Writing a series is a tricky thing. You want to write each book so that it can be picked up and read, in effect, as a stand alone. Yet you also want there to be continuity running from novel to novel to novel.

In a way it’s kind of like doing a television series. Back in pre-1990s television, not exclusively, but for the most part, if you watched a television series it would basically reset itself each week. What I mean by this is that each episode would seldom be affected by the episode that preceded it. One week, Richie Cunningham of HAPPY DAYS fame could break his arm, but the next week his arm is fine and there’s not even a reference to it. Or one of Charlie’s Angels could meet a great guy one week, and completely have forgotten about him the next. 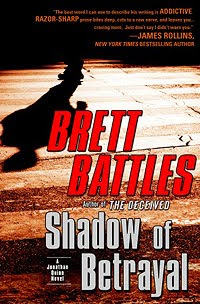 So what was really happening was that the characters on those shows weren’t growing. They were static, unchanging. (Okay, some of them had some changes, but they were very controlled and mostly minor.)

That used to drive me crazy! I’d want to know what happened to Richie’s arm, or why Angel Sabrina was suddenly single again.

Lately, though, television has gotten its act together. Shows have continuity. What happened one week effects what happens the next. You can see growth in the characters. You know the reason someone acts a certain way in episode 10 is because of their experience in episode 3. I think it’s great.

For most of these shows you can still jump in at any point and enjoy what is going on without having seen the whole season. But for some you can’t. Take LOST, for instance. If you haven’t been watching from the beginning, you’re probably going to be hopelessly…well…lost. While it’s worked for LOST, doing that can be a danger. You can lose viewers, because if they start missing an episode here and there, they have a hard time picking it up again later, and ultimately they say, “Why bother?”

That’s the same danger you run into with a series. Make each book too dependent on the one that came before and you will be narrowing your audience with each new release. So you’re left with two choices: 1) the static/reset approach, or 2) let your characters change and grow, but make sure that the book still stands alone.

For me, the static/reset approach is not an option. It just doesn’t work for me personally. Not in the stories I want to tell, anyway. So it’s number 2 that I strive for.

My main character, Jonathan Quinn, has definitely come a long way in my new book, SHADOW OF BETRAYAL, from when we met him first in THE CLEANER. And, just to give you a preview of things to come, he has a long way still to go. But not only Quinn has changed, so has his apprentice Nate, and his partner/girlfriend Orlando. So have some of his clients. But each story, each book still stands on its own. You don’t have to read THE CLEANER before you pick up THE DECEIVED. And you don’t have to read THE DECEIVED before you read SHADOW OF BETRAYAL. (Though I would be remiss if I didn’t suggest reading them all in whatever order you like!)

As I move forward with the series (and, yes, there will be another Quinn thriller next year), I will continue to work hard at creating this evolving world I’ve created while writing books that can be read without any previous exposure to Quinn’s life. It’s part of the challenge, and part of the fun.
* * *
About the author:

You can visit Brett Battles website at www.brettbattles.com.
Posted by Marta Stephens at Friday, August 14, 2009

I love series...as long as the first book captivates me. Great guest post!

You make some really good points. I guess Lost tries to help with the "previously on Lost" bit, but if you're really too far behind there's not a hope. I frequently pick up book series halfway through, then go back to read earlier ones. But I'm sure it must be hard to get the right balance between change and assumption.

Oh my gosh, didn't that Happy Days reset stuff make everybody crazy? I admit to only catching those in reruns on Nick at Nite (long, long ago) - but the sitcoms I used to watch ... The Cosby Show, Roseanne, Designing Women, The Golden Girls, stuff like that ... I think they did a fair job of resetting without leaving out too much.

Great points about series. You've actually got me thinking in a different way about mine now - so thank you!

Hi, Brett. Great piece, thanks for being here today.

Funny, but I just got an email from an interested reader who wanted to start reading the LeGarde series and asked me to recommend an order. Since I wrote them as standalones, but they are also books that march through time and character development (as yours do), any way works. Mine also includes a prequel that brings the characters back to their childhood- and that can truly be read before, during, or after the three books that begin in contemporary times.

An interesting point is that the devotees of the series have very definite ideas about what order they recommend one reads LeGarde - except they're all different! Guess that means any way will suffice!

Thanks again for joining us today, Brett.

Thanks for hosting Brett today. It's so funny that he brought up television because one of my complaints about shows from when I was growing up is that they everything was wrapped up in one episode and usually the events never impacted the future.

I have a copy of this book. Now if I could just make time to read it. lol!

Good post, Brett. And one more subject that concerns me and my work. I'm writing a sequel that includes giving away the plot to its predecessor. I'm constantly worried, what if my reader picks up book #2 before reading book #1. Number one's storyline is giving away, so why read the first book.

Hope I haven't confused you.