Need to move a Plot Forward? Consider a Secondary Character 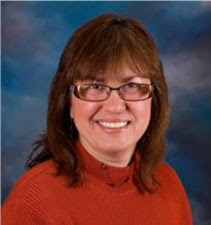 © Morgan Mandel 2009 all rights reserved
You’re writing a mystery, romance, or other kind of novel. You’re going full steam ahead, piling crisis upon crisis onto your hapless main characters. That’s what you’re supposed to do. You can’t make life easy for them or there’d be no story. So, your characters are boxed in and you can’t seem to get them out. They’re close to the breaking point. Unfortunately, so are you. It’s okay for the reader to wonder what will happen next, but when an author can’t figure it out, that could be a problem. What do you do? 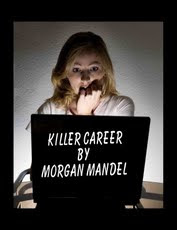 One solution is to add a secondary character. This character will not play as large a role as the main characters, but could be just the catalyst your story needs to make things happen.

In KILLER CAREER, my two main characters are at the boiling point. They’re hurt and angry. No way do they want to spend time with each other. Enter a person in need, this time in the form of a classmate who was trying to get through the anniversary of his wife’s death at the hands of a drunken driver. They’re already committed to going to dinner with him and wouldn’t think of letting him down. At dinner, they can’t help but spill out their dissatisfaction with each other. He serves as a sounding board with an objective point of view. His presence diffuses their anger as they help him cope with his greater crisis. Also, he serves as a reminder to the heroine that no one is guaranteed tomorrow. Her resolve to follow her dream is strengthened.

Another kind of secondary character is a relative. It can be a parent, sibling, or other person with a family relationship to the main character, by blood or by choice. A real or imagined slight, disapproval or joy at the main character’s goals, an accident or illness making the relative dependent on the main character, or vice versa, all are ways to gain mileage out of family members in a novel.

Best friends or elders can also be used as secondary characters. They are the people the main characters come to for comfort and/or advice. Sometimes their sympathy highlights the severity of the situation. Other times, by seeking their advice the main character actually discovers a way out.

A secondary character can also be someone who sets a bad example. In KILLER CAREER, the father of the male lead deserted his family. Childhood bitterness over the loss of his father carries over into adulthood, making him vulnerable to fears of rejection.

I’ve let you in on a few examples of how I use secondary characters in KILLER CAREER. How do you do it? Or, maybe you hadn’t thought of doing so, but will now. Please share.

For a way to win a prize by commenting, please consult http://morganmandel.blogspot.com/2009/08/prize-for-blog-book-tour.html.

Tomorrow, August 23, I’ll recap the tour so far at my daily blog, http://morganmandel.blogspot.com/, and also provide the August 24 through August 30 schedule of my Guide to Self Publishing taking place at http://bloodredpencil.blogspot.com/.

About the author:
Morgan Mandel writes mysteries, romances, and even has a dog book in the works. Her latest release is the romantic suspense, Killer Career, about how a lawyer’s career change could be a killer when her mentor, a NY Times bestselling author, does more than write about murders. Morgan’s still available back list includes Girl of My Dreams, a romantic comedy about the misadventures of a reality show contestant, and Two Wrongs, a romantic suspense involving wrongful imprisonment.
Morgan is a past President of Chicago-North RWA, now serves as Library Liaison for MWMWA, and belongs to Sisters in Crime and EPIC. At one time she freelanced for the Daily Herald newspaper.
You’re invited to visit her website, www.morganmandel.com, her daily blog , http://morganmandel.blogspot.com, or any of her group blogs at http://acmeauthorslink.blogspot.com, http://makeminemystery.blogspot.com, and http://bloodredpencil.blogspot.com. You’re also invited to join Morgan’s Ning site, at http://bookplace.ning.com
Posted by Marta Stephens at Saturday, August 22, 2009

Hey MM! Congrats on your book! We are happy to have you here today.

Thanks, you guys, for hosting me here and letting me share some of my writing ideas.

In the Eva Baum novels, secondary characters serve many purposes - from the childless, elderly aunt and uncle who did their best to provide a loving home to the young Eva after her parents were killed in a car wreck to members of the homeless community who are confident they can always count on Eva to get them out of jams. They provide a rich tapestry that can be used to showcase Eva's character (and character flaws), emotional state, and relentless drive for justice. Without them, we wouldn't know Eva.

In the first chapter of Killer Career, you use secondary characters in similar fashion. As Julie weighs the pros and cons of changing careers to chase her dream, she doesn't think about the lost income or change in status. She thinks about her committment to her law partner and to future underdogs who might need her services - and she wouldn't be there for them.

I like that you didn't drag us through paragraphs of gut wrenching self-doubt to show Julie's emotional guilt, but instead got the job done in two sentences.

"Way past midnight, when she was turning back the covers of her bed, guilt hit her. If she gave up her law practice to write, what would become of the little guys she might have helped?"

My novels are peppered with multiple characters and subplots. It would make for some pretty dull reading without them, because just when the protag thinks he's got thing figured out, someone throws in a wrench.

Another role of secondary characters is to use them to help the reader "see" or understand the protag and his/her motivatoin from another view point. Whether that POV is accurate or not, it gives us a look into that relationship. It's these characters who can give insight into what the protag is like, how he/she reacts or comes across to others.

And yes, the comfort zone. Harper has his dad. ;)

Thanks for joining us on MB4! Best of luck with your book and your tour.

Hi Charlotte,
Thanks for buying and reading Killer Career. I'm so glad you liked it and caught on to what I was trying to do.

Like Marta says, secondary characters give us clues to the main characters without having to tell the reader. Early on when we start going to school, then to work, many of us look to our peers' reactions for approval, to see if we're doing things right.

Good post, and totally agree that secondary, even tertiary characters add depth and a quality complexity to a novel. Also yes, easier to keep a plot "moving" when there's not only plot but sub-plot to move along.

Another fine stop on your tour, Morgan. :)

Thanks, Marvin. Glad you like the post. Yes, I do believe in secondary plots and issues. Otherwise, a book can become boring.

Wow this is so helpful. Thank you for this great article. Secondary Character. Hardly anyone writes about them. This is really useful to me as a writer. Thank you so much for this impressive info.
Jo Ann Hernandez
BronzeWord Latino Authors
http://authorslatino.com/wordpress

I tend to use friends as secondary characters a lot. They help to delve into the emotions of the main characters without a lot of internal dialouge.

And then I had fun turning one of my secondary characters into the hero for my latest submission.

I did enjoy using secondary characters in Killer Career. I tried to give them enough room to be themselves without overshading the main characters.

As Debra did, I may decide to turn one of my secondary characters into a main character in a spinoff. I'm thinking either Todd or Avery.

First, I have a few more books to get done that are already started.

I tend to use secondary characters a lot. In my recent release "Sorry Charlie" in the "Friction" anthology at total-e-bound, Charlie's father coming back into his life and hopefully staying there, is the catalyst for the story. Their friend Adam adds a lot of humor and drives part of the story as well.

Sorry Charlie is a cute name. Yes, secondary characters are great for driving a story along.

This is an excellent look at secondary characters, and you've broken down a problem I've been having with my WIP! So thank you. :-)

s.w.vaughn - Thanks for the compliment. I'm glad if I've helped you in any way with your WIP.

Wonderful article, Morgan, and just at the perfect time. My WIP has me stuck. I'm taking your advice and creating a secondary character. Thanks. I would never have thought of doing this.

Great write-up. Enjoyed the read. I, too, believe in the use of secondary characters. Good luck on your book tour.

Hi, Morgan. Thanks for guest blogging with us here at MB4. It's a pleasure to have you!

I think secondary characters are essential - even more so in series. In the LeGarde Mysteries, Gus's friends, family, and animals all play important roles. In the 13books I've written so far, I love to feature "new" characters in each work, as well as offer revelations or crises for the regular "actors" who follow from book to book. In a series, it's essential to make your readers become endeared to ones characters, or they won't want to come back to find out what else is new in their lives! Balance that with page turning suspense and tension, and you're on your way, right? ;o)

Thanks for the welcome, Aaron. You certainly are prolific! I have a ways to go to catch up with you. So far, I haven't done any series books, but you never know.