Review of "The Bait Shack" 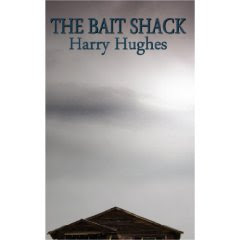 
The Bait Shack is an intriguingly entertaining and engaging murder mystery that demonstrates a vivid imaginative gift on the part of author, Harry Hughes. In his debut novel, Hughes expertly created a small but complex cast of characters whose quirky persona and relationship dynamics lend much to the novel's appeal.

Dale Cooles, a mathematician/number cruncher walks way from his university position to begin a new life with his bride, Lacy Chamblet. He is content to stay home, cook and clean for a change while Lacy goes to work for the property management firm of Meredith Holdings and its less than reputable owner, Henry Meredith.

Meredith is known for his unsavory business practices, his sleazy relationships, and his employ of undesirable characters to do his bidding. But Meredith’s life gets complicated when a key business deal doesn’t pan out and he hires an unsavory goon to collect unpaid rent on the properties. All this aside, living in a cottage situated behind one of Meredith’s old empty homes has its advantages for Dale and Lacy. That is, until they slip into the main house and find evidence that points to a few unsolved murders. Angers flair and egos collide but the pace never lets up until the very ending I didn’t see coming. 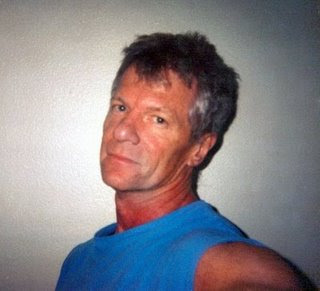 Hughes has crafted a solid read around a twisted tail that explores the dark side of the human soul and peppered it with his own brand of deliciously dry humor. The Bait Shack is a fast read that will easily hold the attention of any murder mystery buff. I definitely look forward to more from Harry Hughes.

Oooo...this sounds like a good one. Thanks for the review.

Thanks for sharing this with us, Marta. Harry's book is on my to-get list!

Another one for my list, Marta! Great review. Say Hi to Harry for us. ;o)

Thanks everyone. In real life, Harry is a Psych professor so he knows the ins and outs of the mind well which makes for some VERY interesting characters in this book. LOL.

Great review. I'm easily lured into a novel with well developed "gray" characters, and this one sounds like it has them.

Hi Keith! Yup more than one.

Oh Marta, I love mysteries and I needed a new one to follow. I get impatient waiting for a new book to come out. Can you imagine? A whole year between books. ha ha
Thanks for the low-down on this new author. After I finish polishing my bullets I'll go get a copy.
Jo Ann Hernandez
http://bronzeword.wordpress.com
BTW you came out on the Blog Alerts today. Congrats