Time Seems So Abundant. So Where Does It Go?

Twenty-four hours a day. We each have the same increments of time to work with. Why then, do some people seem to get more done in that span of time than others? Organization, and I’ve struggled with coordinating my time and keeping distractions from zapping my energy and creativity for the past several months.

I’m a list maker by nature in part, because I can’t trust my memory much any more. Another reason for it is that I’m a visual person meaning, I have to “see” things. I make lists of everything from groceries, to tasks, to plot lines. In school, I couldn’t memorize anything unless took detailed notes in class then typed them out and read them over an over again. There have been studies done on the difference between visual and auditory memory. In essences it compares the difference between people whose brains are made up to recall visual images (the most common form of memory). These are the folks who when spoken to say, “I see what you’re saying,” as appose to people who can recall the spoke word. These folks will say, “I hear you.” Interesting huh? Maybe that’s why I can't remember quotes or names.

Okay, so back to time management.

In the past, so long as I had a list of things to do and stuck to it, I was fine. The thing is that after my books were published, my time was no longer mine. I could very well plan to write a chapter or two on a particular evening, but those plans could easily be changed if a reviewer decided to follow up with interview questions. Let’s see, free promotion vs. writing another chapter? That’s just one example, but multiply that break in schedule by the number of times I’ve opened and responded to e-mails or surfed the net and before I knew it, my evening had passed without getting any writing done. Time is free and in the early hours of the day it seems so abundant yet I’ve managed to fritter much of it away.

I’ve promised myself that I’ll do better this year. In fact, I’ve already taken a step toward doing more writing. As some of our readers may know, I’ve started a series of Sam Harper short stories that will be posted here http://samharpercrimescene.blogspot.com/ Part I of “Dirty Little Secrets” was posted last Friday. Part II goes up on January 16. I hope you’ll stop by for a visit, leave Sam a comment, and follow the blog if you like it.

So wish me luck! You’ll find me at one of my blogs, my weekly posts here in Murder By 4 and a few select sites, but for the most part, I’ll be sitting at my desk, hands poised in the typing position and working on my third novel.

One final note, don’t forget today is the last day to vote on Preditors and Editors Reader’s Poll. If you’re so inclined please go here http://www.critters.org/predpoll/novelmys.shtml and vote for two Murder By 4 authors’ books: 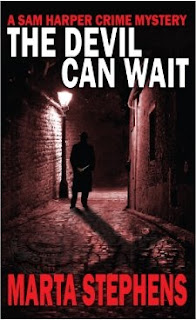 “The Devil Can Wait” by Marta Stephens 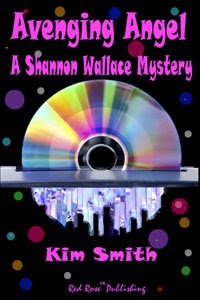 Managing my time is the biggest struggle for me - other than "pre-writing" :) After a friend volunteered to help edit my novel as I write, I'm now forced to have pieces to her and it's been great! Great post!

Hey T. S. Good to "see" you here. Yes, critique partners are great! Best of luck on your book. I like your blog, by the way. :)

Marta, we're in exactly the same boat here. I'm with you on the goals and methods. Let's go write!

Well, I've said it before, and I will say it again, I wanna be just like you when I grow up! I WISH I could be more organized!!