I read a post this week in which the blogger wrote that she preferred to look at the new year as a continuation rather than an ending or a new beginning.

After thinking about it for a minute, I realized she was right. Everything I’ve done and each person I’ve met in the past year has help me in one way or another get to where I am today. Looking back, much of what happened in 2008, was forged in 2007. Likewise, the ideas for the projects I’ll be working on in 2009 are ideas that were triggered by the events of the previous year, mainly; the release of THE DEVIL CAN WAIT this past November.

Some great news, exciting announcements and hopefully something of interest for readers.

First, I want to thank everyone who tossed in a vote for 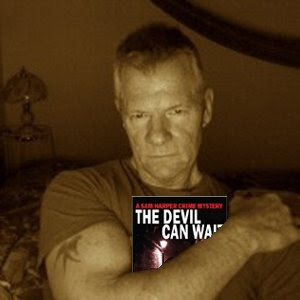 THE DEVIL CAN WAIT book cover on
Erin Aislinn’s website. I’m thrilled to announce that it won November 2008 cover of the month. All the 2008 winners will be up for a vote in a few weeks for cover of the year on her site! As I understand it, Erin will have the instructions up soon. In the meantime, check out this month’s eligible covers and vote for a chance to win the winning cover’s e-book. 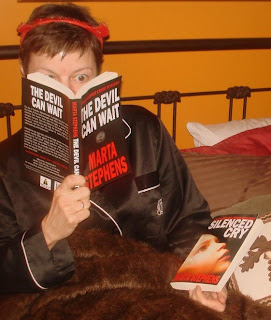 Second, for those interested with a spare minute or two, THE DEVIL CAN WAIT is now up for vote at the 2009 Preditors & Editors readers' poll in the mystery section. There are a lot of familiar author names and book titles listed. Be sure to read through all the categories and vote for your favorite read! 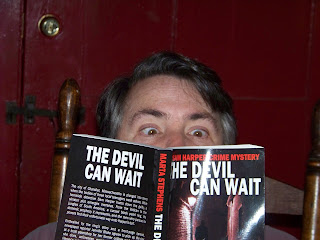 xcited about this one) is that I’ve launched a new blog called, SAM HARPER CRIME SCENE featuring none other than my protagonist, homicide detective Sam Harper. The inspiration for this blog came from readers and fans like the ones you're seeing here! Keep those e-mails coming, I love it!

In an attempt to do something different with this blog, I’ve developed a series of short Harper stories to post in segments that will continue for 3-4 weeks. Every few weeks I’ll post the beginning of a new story.


Part one of DIRTY LITTLE SECRETS will be posted on Friday, January 9. At the end of the year, readers will be given the chance to vote for the story they'd like to see expanded into the next Sam Harper crime mystery novel and have one of the characters named after them. There's not much on the blog now, but stay with me! 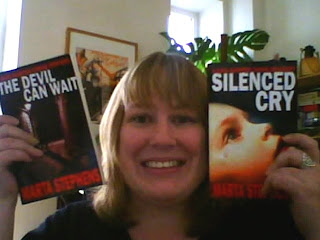 The rest of my time will be dedicated to finishing the third book in the Sam Harper Crime Mystery Series, GRAVE WITNESS. While I’m working on it, I hope you’ll enjoy the Harper Shorts.

As always, I look forward to your comments!

Love the photos with the books. I'll have to steal your idea some time with my own books. (G)

Ha! This is great, Martha. I just wonder who that goofball is the third photo? LOL. Great ideas for giving Sam his own website where his very distinctive voice can be heard on a regular basis. That will help folks who are pining away for the next Harper mystery!

Hey M- just loove the new blog. Sam is going to be sooo popular! Looking forward to the "sam" between the books :) ps- the link to the more goofy friends with books link is not working for me :(

Hmmm on that link. I can't figure out why it won't work. You'll find it if you go to my website www.martastephens-author.com and click on the "photo gallery" link.

Very cool about Sam's own blog. This oughtta be fun!

The pics are adorable. I love my copy. And my apron. You are an awesome writer, Marta. It's been a pleasure cheering for you.

Hey Joylene, now that you have copies of both my books, how about a picture of you for my photo gallery??

Here's an open invitation to anyone who has a copy of either book! I'd love to hear from you!

Great post, Marta! Congrats on all your achievements and good luck in 2009!
best,
Mayra