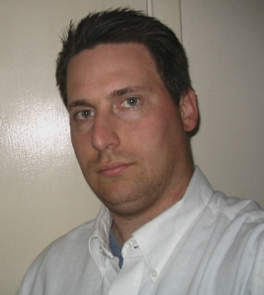 The earliest form of the written ghost story came from Pliny the Younger (A.D. 61-115), the story is untitled and is usually referred to only as GHOST STORY or LETTER 7.27 and was written during the timeframe of his life.

The story introduces the mysterious figure, a restless corpse, and the now cliché pointing finger. The story even incorporates an individual called a ghost breaker, which is likely the earliest form of the exorcist idea. 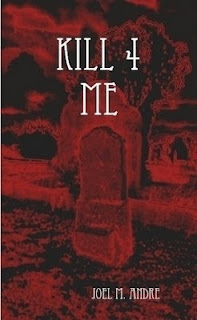 Over the years countless stories have been written from the graphic and gory to the downright silly. The ghost story has endless possibilities and the successful author will know which tone will fit their story with the greatest success.

Another factor of the ghost story is the common themes they carry. Outside of the general supernatural elements, most contain a personal growth or strength discovered. There is usually a coming of terms with death.

They are also not necessarily scary stories as well. One of the best known ghost stories is A CHRISTMAS CAROL by Charles Dickens. The story has three centralized ghosts which carry a span of time with them, only the third and final spirit comes across as slightly menacing.

The setting and location for a ghost story can be as various as the story. Although common locations typically follow, cemeteries, old desolate houses or sanitariums, but the fact of the matter remains, any location that could have harbored a death can be the perfect setting for a ghost story.

If we move to modern day, the ghost story now reflects more of a dark tone where violence is outweighing the shock factor. As Hollywood determines what is best to sell and market towards the proverbial general audience, we see the story take the sinister shift.

For an example of this you could compare current remakes of classic ghost stories. THE HAUNTING originally from 1963 was a mood chiller where no ghost or spirit was ever seen, but kept you on the edge of your seat. Not a single drop of blood is reflected on screen. In 1999 the movie was remade into a graphic violent flick where nothing was left to your imagination and gore was used in replace of mood setting.

As times change so will the ghost story. In a few years, violence could be replaced by dazzling effects or other items. One thing is certain, a good ghost story will continue to inspire individuals, and create chills for its directed audience for years to come.

* * *
Joel M. Andre was born January 13, 1981 in Cottonwood, AZ. He began writing back in 1994 on a personal level, discovering the passion and feeling the words brought him. Although more of a hobby at the time, he collected his works and in 1999 released the poem The Midnight Express. It received positive feedback, and was quickly followed by For the Salem Witch. To date Joel has released over 60 poems, and 3 books. Pray the Rain Never Ends was the first book, which includes the poem he wrote for his nephew Christopher Andre. A gripping work, that shows a different side to the creator of work that usually holds a darker flair. The follow up book A Death at the North Pole brought a new side of Joel out. This was a dark journey through a winter wonderland, and provided a more in depth look at Joel and his long form writing. Most recently Joel released the book Kill 4 Me, a technological ghost story, of a woman haunted by a vengeful spirit through the use of a cell phone and computer. With a passion for writing, you can tell Joel loves what he does. Although some would say his imagination runs more left field, there is no denying his original thoughts and ideas will provide enjoyment for years to come.
Posted by Marta Stephens at Friday, October 03, 2008

Thank you to Murder by 4 for hosting my article. You guys are fantastic for giving the invite to have a guest spot on your site.

I encourage those who came to read me, to read the rest of this fantastic blog! There are some great writing tips from a very talented bunch!

As always I will be haunting in here today, so please post comments and questions if you like, and I will respond ASAP.

Welcome, Joel! I thoroughly enjoyed your article, but then, I love a good ghost story myself.:)

I hope you'll haunt us often! If you're interested, check out the information on my website, www.martastephens-author.com about my upcoming release, "The Devil Can Wait." I write crime but this one has a bit of the supernatural in it that you might enjoy.

PS:) I meant to say that the movie, "The Others" and "The Sixth Sense" are two of my favorite ghost movies.

Your book sounds great! I will be sure to pick up a copy as soon as it comes out! November 3 is circled in red. :)

Thank you for the kind words!

Jay Haynie said...
This comment has been removed by the author.
October 03, 2008

Can't wait to read this book. Joel, you're so young - I didn't realize:)

There ya are again! Glad to have you following my tour!

27 isn't too young :) But it is nice to think someone thinks I am young!

Have a great day!

A Christmas Carol is one of my favorite stories and I have enjoyed watching the different film adaptations over the years. So far my favorite has been the TNT version that starred Patrick Stewart (Captain Picard, Star Trek: TNG).

But I also enjoy the work of Stephen King as well, and The Stand remains my favorite book of all time.

Oh yes! "The Stand." Some of those images just don't go away, do they?

Hey Joel, thanks for "haunting" our humble halls. This was a great article, and makes me think maybe I need to brush off my ghost-writing skills :) haha.

My birthday is one day past yours, and only twenty years prior, but hey, who's counting :D

Thanks again, and do come again!
Kim

My pleasure, this is a really informative site. Pretty cool, and I have read some great articles!

Well every year now, I will remember the day after my birthday not to be sad it's over, because Kim is enjoying hers! :) What is 20 years anyway? Pocket change, you still got it together!