Just One of Those Mornings 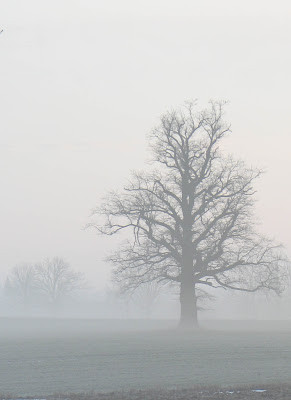 It was just one of those mornings.

The day started out fine. I slept well and woke at 4:30 to email a fellow author who’s ghostwriting a book on The Power of Positive Thinking. I’d promised a few examples of my own philosophy. You know, the kind of stuff that is infused with optimism and oozes rhapsodic enthusiasm?

The email was more of a treatise on coping mechanisms, or “How to be happy when the world around you crumbles.” I recommend my ever present philosophy to “take pleasure in the little things” and cited some examples that have helped me in the past, such as soaking in the sunrise or absorbing the winter beauty of a wheat field glistening with ice. If all else fails, I list the things for which I should be thankful, such as: “At least I’m not lying in a ditch in Iraq like our poor, brave soldiers,” or “I’m not riddled with cancer.”

I know. It sounds downright naive. I’ve been called a male “Pollyanna,” before. But heck, it gets me through those tough times and… it actually works!

After writing, I showered, made my lunch, kissed my grandsons goodbye, and slipped into my parka. I fumbled around for my car keys. They were missing! I shrugged, decided to solve the mystery later, and grabbed the spare set. I ventured out into blackness of the early morning and headed for the car. The lights didn’t come on when I opened the door. A sinking feeling settled in my gut. There were my keys, dangling in the ignition, turned to the “ACC” position!

Daughter #3, home from college for a break, retrieved something from the van and apparently turned on the key for some mysterious reason. There they’d remained over the long weekend.

I rummaged around the barn and found a set of cables. Next, I ran back to the car, grabbed a spare key for my mother-in-law’s car, and nosed it into position. In the pitch dark, I felt around for the hood release on my van. Where was that darned lever? I couldn’t find it. I grabbed the flashlight that had been smugly waiting for such an emergency in its holder since last Christmas, and searched again. There was NO latch!

Against every fiber in my being, I admitted that I needed to read the blasted manual. I found it after scrabbling around in the glove compartment. The print was tiny – I needed my cheapo drugstore reading glasses. I keep a pair on my bedside table and at work. I sighed, then remembered a rogue pair that was tucked inside my jacket pocket from my last book signing.

For the next five minutes, I flipped through the deceptive “easy owner’s guide” until I finally found a diagram of the car. There was a hood release, but it looked like it was on the seat bottom. I got on my knees again and searched. I pushed and prodded and pulled everything in sight. I scrutinized the diagram again with fingers covered in grease. Wait a minute! Did I read the diagram wrong? Maybe it’s on the lower left side near the gas tank lever! I dropped to my knees again. There it was, hidden around the corner so that I had to crane my neck inside the car to actually see it.

The hood was up. I hooked up one side of the batteries. Red to positive, black to negative. The cables wouldn’t stretch from battery to battery. I needed another measly inch. I sighed, got in the other car, backed it up, and nosed it in closer. So close, that my riotous rose bush caught me each time I squeezed past it. Finally, it was done. The van roared to life.

But alas, it wasn’t over.

The radio flashed the word, “Code” and the clock was blank. A faint memory tickled in my brain… the security system! The salesman gave me a card with a code on it. Where had I stashed it? There it was, in my wallet. The only problem was, I couldn’t read the fine print. I patted my pocket for my glasses. They weren’t there. No, they were stuck on my peanut butter toast. I cleaned them off, reset the code, and headed to work.

I grumbled. Then the sun started to rise. The sun kissed the undersides of clouds that glowed gold, gray, and lavender on the horizon. As I drove north, the rays reached higher, splitting the pale pink fingers of dawn.

I started to feel good again, optimistic about the day, and actually looked forward to reconnecting with my colleagues at work. Then I spied the railroad crossing. I was already late for work, and prayed that I’d get across without having to stop.

The lights flashed and the guardrails came down. I put the car in park and laughed at myself. Out loud. It was a belly laugh. And it felt great.

Ah, the power of positive thinking.

Now, how do I reset that infernal dash clock?

Aaron Paul Lazar is an engineer by day, but his passion lies in writing. The LeGarde Mystery series involves more than breathless suspense - the books are filled with musical, lyrical scenes that touch on life, loss, nature, family, animals, food, gardens, and music. Eight books have been completed. A second series has also been born, featuring paranormal mysteries with Sam and Rachel Moore, a retired country doctor and his wife who suffers from multiple sclerosis. Lazar’s latest book, Tremolo: cry of the loon, is available through Twilight Times Books.

Mr. Lazar also writes monthly columns for the Futures Mystery Anthology Magazine, Voice in the Dark newsletter, and The Back Room ezine. He lives in Upstate NY with his extended family. Visit his websites at www.legardemysteries.com; www.mooremysteries.com, and his blog at www.aaronlazar.blogspot.com.
Posted by Aaron Paul Lazar at Sunday, October 12, 2008

I hate to say this but, it feels good to know that someone else has "those" kinds of days. I am glad you finally found joy in it, though it was a tough one to get to. We all can take a lesson on the better things in life are just on the "horizon" from this piece. Thanks so much Aaron!

Ah yes, the power of positive thinking. Now Aaron, I know your cup is always half full but let's take this a step further. What if your delayed trip to work served to keeep you from greater harm like the car stalling on those tracks? Hmmm?

Kim, you know it, we all have those days, and multiple occurrences, at that! LOL. Glad you got a chuckle out of it.

Marta- I always think about those "what ifs." What if I hadn't swished three six times instead of five, and I'd been a second earlier on the highway where an accident occured just a second behind me. Etc. etc. I drive myself crazy with these, "If I'd only" of "Thank God I didn't.." types of thoughts. It's endless!