Breaking the "As" Addiction 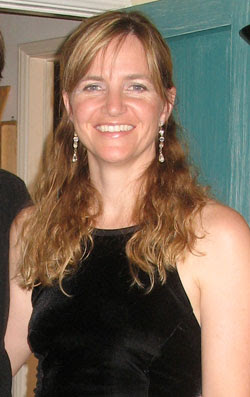 Murder by 4 extends a warm welcome to Marci Baun, editor of Wild Child Publishing. Since its inception in 1999, Ms. Baun has been in love with the written word beginning with Clifford the Big Red Dog and Curious George. Her reading and interests have expanded since those first books to include history, music, opera, theater, swimming, cycling, nature, travel, and writing. She has written and performed one person shows about historical women in schools, universities and festivals across the state of California and sang with the Coasters and the Drifters, Freddie Hart, as well as on the operatic stage. A few years past, as a member of the Academy for New Musical Theatre, she composed music for a twelve minute musical. When time permits, she hopes to return to the theater. In her other life, she is a stay-at-home mom.
When asked why she began publishing, she replied, “I love the written word. There is nothing as powerful or as beautiful. It can influence, teach, and move us. What an amazing medium!"
***
copyright 2008 Marci Baun
Addicted to “as”? You are not alone. This addiction is very prevalent among authors these days. (Heck, I’ve been known to show some of that addiction myself. Grin) Sometimes, they are used in similes, but the most common usage is as a conjunction—linking actions. Recently, I’ve had authors complain that they felt they were exchanging one addiction for another (“and” vs. “as”), so I thought I would share other methods to mix things up and not rely strictly on “and” all of the time. While “and” is much more invisible than “as”, it pays to have a full toolbox. Switching out with while, when, once, and after is not the answer. Why? Because this turns you into a while-aholic, once-aholic, after-aholic, or when-aholic, which is just as bad as being an as-aholic.

To rely heavily on any one grammatical device weakens the prose, keeps you contained inside a box that doesn’t really reflect your abilities, and often suppresses any growth you may strive for in your writing. One would hope that the more you write, your prose becomes tighter, your toolbox larger, and your storytelling more compelling. You can’t grow, however, if you aren’t willing to give it up. Besides, with the depth of the English language, why limit yourself to just one device when there are so many to choose from?

You will see “as” used in similes. This is okay, unless the similes are frequent and close together. Any time you overuse a device, your story suffers. (Watch for overuse of “like”, too, as in “like the redolent smell of rose”, etc.) You have to find alternatives. Comparison is great, but there are many ways to make comparisons without actually using a simile.

When working to change the instances of “as”, there are a number of options open to you beyond while, when, once, and after. I have listed just a few below to inspire your own muse into creating new, grammatically correct ways to “show” your story.

From: As it opened, frigid air cooled John’s heated flesh.

So, you can break the sentences in two. It works for this sentence because the only way John could be struck by the air is if the door opens, and you know when you open a door, the air of either outside or the interior will strike you. This option will work for some, but not others.

From: As it opened, frigid air cooled John’s heated flesh.

To: The door swung open, and frigid air cooled John’s...

This works as well. You won’t want to do this for every sentence.
Rewriting to a modifying phrase:
From: Stephanie’s mouth fell open as she stared at the size of his hands.

To: Stephanie’s mouth fell open, a common reaction to the size of...
You could also use “and” in the place of “as” in this instance. It’s a matter of deciding/making a choice of which you think fits best.

From: As a level two initiate, Lorelei wouldn’t even know about the magical spheres...

(Note: Like any other device, participial phrases can run amok, but it's okay if you use them judiciously.)

From: Her emotions were always unpredictable, pushed as she was into the darkest edge of
her soul…

To: Her emotions were always unpredictable, the darkest edge of her soul ever present in her life...
a
Sometimes, it takes rearranging the syntax, like so:

From: She killed in a hot passion of anger as her dark side took over.

To: Her dark side took over, and she killed in a hot...
And finally the prepositional phrase:

This is another example of turning the “as” phrase into a prepositional phrase—“with”, “to”, and so on. Sometimes, it’s as simple as replacing the “as” with “in”, “to”, etc.
a
From: His voice came out as a whisper.

To: His voice came out in a whisper.

or a complete rewrite

Here you have a complete rewrite of the sentence. Simpler can be better.
Another prepositional phrase example that requires a complete revision:

From: She bounced jauntily as she walked away.

To: She walked away with a bounce in her step.

The above examples are just a few possibilities. There are many, many more. You’ll discover that once you start stretching yourself, the addiction lessens and disappears until your writing has grown far beyond the box that originally seemed so comfortable.
***
Posted by Aaron Paul Lazar at Monday, October 13, 2008

Marci, welcome back to Murder by 4, and thanks for sharing your expertise on this very common habit that many of us have had to learn to break! Come back soon. ;o)

Thanks for having me, Aaron! It's always a pleasure to be a guest here. :)

Marci, I admit it. I am an "as" addict. Thanks for the info. Maybe I can make changes to my writing to allow for less "as" and more pizzazz.

Thia ia a great lesson. It's amazing the difference it makes in your writing when you're concious of the overuse of many words, 'as' being one of them. Great article Marci!

My name is Jaye, and I'm an as-aholic. Thanks for the reminder and the great tips!

Thanks for the excellent tips, Marci. I bow to your wisdom! :-)

Thanks for stopping by, everyone! I'm glad you enjoyed the article. I truly do understand the "as" addiction. I have been there myself. (grin)

LOLOL You are a hoot, Emmy!

It's early, so I have nothing witty to say yet. Hello to all the recovering as-aholics. Now who the hell has the coffee? I only have one eye open this morning.

I'm planning to bring the bagels as I type this. Whoops. I fell off the wagon.

Great article, Marci! Thanks for sharing your expertise.

Marci, great to see you here again at MB4! Wonderful advice. I sometimes I get so engrossed in getting the words down that before I know it, I’m repeating the same phrases all over the place. This will be a great piece to print and keep with my other proofreading notes.

It's nice to see so many other addicts coming clean ;-)
Great article Marci!

LOL Aaron. Yeah, I had to be careful when writing the article.

Thanks, everyone! I am glad you enjoyed the article.

Marta, there's nothing wrong with writing in the heat of the moment what comes to mind. Just go back over the story when done and then adjust wherever needed.

Marci, it's always a pleasure to have you stop by MB4. Come back often!!

I'm a reformed comma abuser. Now I think I have to reevaluate whether or not I am an aser too.

Thanks for the informative article Marci.

Thanks for the article, Marci! I'm not too bad with "as" but oh those adverbs....

This is a fantastic article, full of useful specifics. Thanks for taking the time to share it with us!

Great article and it explains things so well. I love Curious George and Clifford myself!

*Goes off with the theme tune in her head*