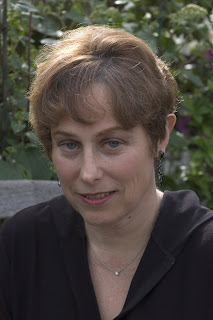 © Libby Fischer Hellmann 2008 all rights reserved
The writers’ strike kept “24” off the air last year. Which means the pent-up demand to see Jack, Chloe, and even Tony is probably at its peak. Happily, quicker than you can say “C-T-U”, the show will be back by the end of November. Because of that, it might be a good time to revisit an essay I originally wrote a couple of years ago.
Where else would you see the Secretary of Defense kidnapped? A tactical warhead bring down Air Force One? A nuclear bomb explode over Los Angeles? “24” has brought us some of the bleakest Doomsday scenarios imaginable, and just as imaginatively, the solutions to those scenarios. Sure the plot machinations can be over the top. Some of the dialogue and characterizations are so lame they’re dead-to-rights funny. And we pretty much know the end of every season before it begins. 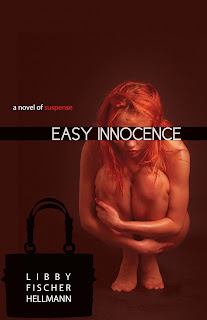 Still, “24” is the closest TV comes to the kind of thrillers I’ve always loved. And now that I’m writing suspense thrillers, I enjoy watching how “24” has adapted literary suspense techniques to the screen – on the whole, rather admirably.
First there’s the construct of the show itself. The ticking clock is a staple of suspense, and “24” uses it relentlessly. Each of the season’s “24” episodes is one hour of a day, and each block of the show is book-ended with a digital ticking clock. The use of real-time storytelling creates urgency and tension. We are always aware there’s some kind of deadline approaching, another tried and true technique of suspense. In addition, most scenes end with a sting or a cliff-hanger – another element of suspense -- that makes it impossible to turn away from the show.
In fact, you’ll see very little downtime in “24”. Elmore Leonard says to skip the boring parts, and “24” does. With quick scenes and even quicker cuts, the show whips through each episode like an angry tornado. Still, almost every scene contains conflict, action, or risk. Each minute DOES count. Yet another element of suspense involves stretching time – slowing it down. Curiously, despite—or maybe because of-- its Mach 4 pacing, “24” does just that.
Another way to build suspense is to shift points of view, and “24” does that regularly. We see scenes from Jack Bauer’s perspective, followed by a cut to the other members of the CTU team, their family members, and, most important, the villains. Cutting back and forth between the characters -- and locations -- in real time builds momentum, keeps interest from waning, and allows viewers to invest in the story.
Another hallmark of suspense is to create complications and raise the stakes. “24” doesn’t disappoint. Take Season Four: a train explosion is followed by the kidnapping of the Secretary of Defense. No sooner does Jack rescue him, narrowly avoiding a retaliatory missile strike, when terrorists take control of the country’s nuclear power plants and threaten to cause meltdowns.
You get the idea. “24” loads each episode with more complications than the most challenging diplomatic or international crisis. The CTU team is constantly faced with impossible tasks, risks, and decisions that keep mounting in intensity. Split second timing is often required. High tech problems, such as the inability to get a satellite feed or the lack of internet access, complicate matters more. Every episode milks the opportunity for a worst-case scenario. And then it gets worse. While some of the plot twists strain credibility, it does make for riveting, edge-of-your-seat viewing.
To its credit, the show does try to maintain authenticity. Bad things happen to good people. The fate of Jack’s wife in Season One, for instance. The political demise of President David Palmer in Season Two. Or the warhead that slams into Air Force One in Season Four. These situations help balance some of the more “fantastic” plot points.
In any good thriller, the protagonists are faced with Hobbesian choices and dilemmas for which there is no happy ending. The choices they make not only define their character but add suspense. “24” is rife with chilling dilemmas. Does Erin Driscoll, Jack’s boss, attend to her mentally ill daughter, or does she save the country from a nuclear meltdown? Does Jack track the terrorists or rescue his kidnapped wife? Even the villains have their own dilemmas: does Nina play along with Jack, even though it means delaying her own agenda?
Similarly, a good thriller will make the protagonist struggle to prevail by wits alone. A protagonist becomes more and more isolated as his friends, colleagues, even his tools are progressively stripped away. Ultimately, he faces the enemy alone. “24” depicts that isolation effectively, whether it’s Jack dealing with Nina or Marwan, or President David Palmer confronting his political enemies. We feel their isolation, and we hold our breath waiting for the move that will vanquish the enemy.
The more believable the plot, the more suspenseful it is, and “24”’s subject matter is usually ripped from the headlines. And while not every plot twist is credible, the show gets high marks for its portrayal of the decision making process at high levels of government. The issues the President grapples with during a terrorist threat seem authentic, and while Jack is able to get the President on the phone more than the rest of us, the discussions and choices they make are fascinating. At this level of story-telling, furthermore, there’s a fine line between plot and commentary, and I give the show kudos for not veering into polemics.
All of this confers a degree of authenticity that isn’t usually associated with TV. And this authenticity is backed up with research. The “24” website contains write-ups of the research that’s been done for each episode, and the show hires security consultants, intelligence officials, and even thriller writers to help flesh out story ideas.
For all these reasons, I’ll continue to tune in every Monday this fall to see what’s new with CTU. I’ll revel in the suspense and enjoy every nail-biting obstacle and dilemma that’s foisted upon Jack, his colleagues, and the rest of the free world.
And hey -- if anyone has the DVDs of Season Six, you know where to find me.
* * *
Libby’s Hellmann’s 5th suspense novel, EASY INNOCENCE (Bleak House Books) is a “spin-off” of her award-winning Ellie Foreman series. Libby also edited the acclaimed anthology CHICAGO BLUES. Originally from Washington DC, She has lived in Chicago for 30 years and finds the contrast between the beautiful and the profane in that city a crime writer’s paradise. Libby is the former President of Sisters in Crime, and Midwest Chapter President of MWA. Her next work, a stand-alone thriller called SET THE NIGHT ON FIRE takes place, in part, during the Sixties.
Posted by Marta Stephens at Monday, October 06, 2008

Oh thank you for reminding me Libby! My husband and I have a "date" night during 24 season, whereby we do not go out or do anything rather we stay in and watch the show. Or if we cannot, record it for a next night scenario. I can't wait!

Great piece! Thanks for guest blogging on MB4, Libby!