POV: The Art of Choosing 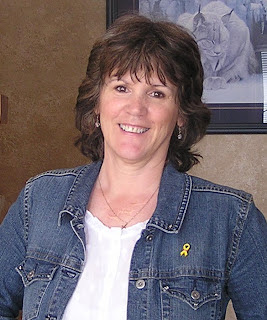 Many new writers find choosing POV (point of view) a daunting task. Discerning the advice listed online or in literary help books often requires a degree in sociology. It needn’t be that way. Grasping complicated issues means rethinking in simpler terms. Choosing the right POV is as easy as learning to ride a bicycle. And the best part: once you “get it,” you never forget.
a
The POV of any scene is the narrator, the character telling the story. There are four choices:

It takes a gifted writer to communicate effectively in 2nd person. Sadly, there are few capable of pulling it off; yours truly included; so, for the sake of argument, let’s agree that not too many people want to read a story in 2nd person. Take, for example: “You rolled over and I swatted you.” Or: “You twisted your meaty face into your best smile.” Somehow, those types of construction just don't fly.
a
Therefore, a good rule of thumb for choosing is simply:
a
1st person is the most intimate and Omni is the least; 3rd falls in the middle. Joylene Nowell Butler, Métis Canadian, is the author of Dead Witness, released July 2008. A retired emergency responder, she is the guest blogger for Beauty and The Baby, and the primary critique consultant on the soon to be released The Scrimshaw by Ric Wasley. For 25 years, she has published articles and short stories. In between orchestrating writer's workshops in northern B.C., hosting Hillbilly Poetry Nites, she completed five suspense manuscripts and raised five sons. Her 6th novel, untitled, is in its infancy.
A strong advocate of unpublished writers, Joylene has belonged to such prestigious online workshops as Novelpro and Novels-L, and has critiqued prize-winning novels such as THE RACE by David Shield, the unofficial CNN Tour de France expert, DEADLY ENTERPRISE by Christopher Hoare, THE JESUS THIEF by JR Lankford, and THE SECRET EVER KEEPS by Art Tirrell.
In 1992, Joylene and her husband designed and built a log and stick home on Cluculz Lake, near Vanderhoof. They live a quiet life with their 4 cats and Bandit, their Syberian Husky, and spend summers fishing with their grandchildren. In the winter, Joylene teaches Tai Chi.
Posted by Aaron Paul Lazar at Friday, August 01, 2008

wonderfully easy to understand instructions Joylene! thanks! I also write some of my stuff in third person just to get the feel of it down correctly then go back and change it to first so I can have that intimacy.

Thanks for being our guest host today, Joylene, and for tackling a subject that's always tough. Best of luck with DEAD WITNESS!!

Sounds like a good option, Kim. I love the revising part every time. It's fun to see how different voices change the story.

Thanks, Aaron. It was pleasure being here.

I write in 3rd person limited. Any chapter featuring my protag, Sam Harper is always in his POV. I also allow the antag and one or two other charachers to have a 2-3 chapters. The decision on who needs to tell their side of the story depends on the complexity of the plot.

The second book in the Sam Harper Crime Mystery series, "The Devil Can Wait," was actually the first book I wrote. At that time, I thought the protag POV character should be the female victim's POV. It didn't take long to realize her experience wasn't enough to carry the story. It had to be written in the detective's POV, hence the creation of Sam Harper. :)

It was my pleasure, Marta. It's fascinating hearing how other writers choose their POV. Thanks for sharing.