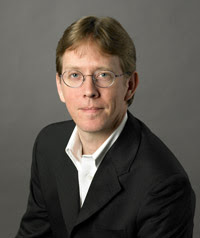 
Let’s talk about sex and violence.

For example, let’s talk about the immediate reactions various people had upon reading that. Some probably perked up, immediately interested. Some have probably already moved on (goodbye!) and some have sighed or crinkled their noses, continuing to read in the hopes that something tasteless and unnecessary isn’t about to follow. 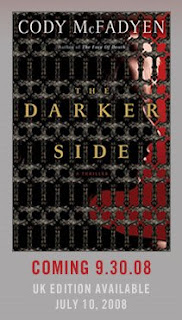 Tasteless and unnecessary, are, of course, the watchwords by which sex and violence in books are judged. Many purport to know exactly where those lines should be drawn. They know it with 100% certainty, no doubt allowed. But for every person who thinks one way, someone else thinks another.

I write a tiny bit of sex in my books, but quite a bit of violence. I figure I’m writing about serial killers, and I’m not writing dark comedies, so some violence is due. In the real world, people are hunted down by the kinds of men (and women) I write about. They die horribly and violently, and the reality is far, far, far worse than anything I’ve ever written.

Even so, opinion is always polarized. I’ve gotten hate mail about the violence in my books. I had a woman, one time, come up to me and tell me she knew (knew!) I was personally getting off writing in the first person about a female protagonist who’d been assaulted. These are always going to be passionate subjects for people.

So where does that leave us as writers?

Well, I guess every writer has to answer that question for themselves, and I imagine it’s a mutable answer.

First and foremost, the work should stand on its own, irrespective of who wrote it. There’s the old debate about men vs. women when it comes to writing violence, which I think should be a null issue. David Herbert Lawrence said “Never trust the artist. Trust the tale.” When I write a book, I’m not running for office. I’m not an actor. Who I am or how I look isn’t relevant to the work. The book is the book. So, in my opinion, don’t ever start down the road of thinking: ‘I wonder what they’ll think about my writing this, being that I’m a man… or a woman…’ It either belongs in the book or it doesn’t, end of story.

Next, I’m of the opinion that you let it all hang out in your first draft. You can always carve off the fat. Some of the violence I’ve written in first drafts will (thankfully) never see the light of day. If it did, there would probably be people building bonfires with those books. Writing is a visceral act for me, and your first instinct is usually your most honest. So put it down there, uncensored, horrific and all, in that first draft. Then, go back, and get rid of what doesn’t belong. You’ll likely be left with something powerful.

Next, trust your editor. I guess there’s bad editing out there, but I’ve been lucky enough not to have experienced it. We all develop blind spots, or fall in love with things in our books that need to be cut away, and it’s the editor that helps us to see what those are. Editors are like… you know how you sometimes wish you had four arms, or eyes in the back of your head? That’s what editors are for a book. More eyes and arms. Remember, you’ve lived with the book, and that uber-violent scene that makes you yawn now is going to be new to them. If they say ‘dear God, that has to go or no one will ever read another book you write’, well, I’m not saying you have to take the advice, but you should probably consider it.

As for sex, well, if you never want controversy about sex, then never write about it. That’s the only sure way. Because the moment the clothes come off, someone somewhere isn’t going to like it, guaranteed.

In the final analysis, though, I’m afraid it all comes down to you. No one else’s name is going to end up on that novel. I’ve found that the hardest part of writing isn’t writing, but writing after being published. Going from a bell jar to a madding crowd of opinions. People telling you they love it, people telling you they hate it, people telling you ‘if you just tweak that’ or ‘a little less of this’… you’re going to have to learn how to create the bell jar again, and in the end, write what you know is right. For the book, I mean. We’ll leave the morality up to the priests and politicians and our private lives.

Because that’s the real bottom line, isn’t it? I mean, I have definite views on right and wrong, and to some degree those views will inform my books. But I’m not writing philosophical treatises. I’m writing thrillers. I don’t want to tell you how to live your life – I just want to entertain you.
* * *
Cody Mcfadyen was born in Texas in 1968. He designed websites before selling his first novel, Shadow Man, in 2005. He has since had a second book – The Face of Death – published. Both were international best sellers. He lives in Southern California with his two black labs, often referred to as ‘The Black Forces of Destruction.’ He drinks coffee (copiously), plays guitar (badly), and reads (voraciously). He abhors adverbs in writing, except when used in short bios like this one.
Posted by Marta Stephens at Monday, August 25, 2008

Great post! It really hit the mark on writing those powerful scenes. Sex and violence are part of the human condition. If we are not willing to write about them then our writing is going to be pretty flat and readers are going to be unmoved.

When I first started to write my series (crime), I worried about what my family, friends, and co-workers would say when the read the language/violence in my books. However, the more I wrote, and the fleshed out the characters I decided "they" would have to deal with it. The plot is what it is, and the characters wouldn't be realistic if they spoke any other way.

I enjoyed your post. Thanks for making MB4 one of your tour spots!