The Niche Market by Chuck Stevens 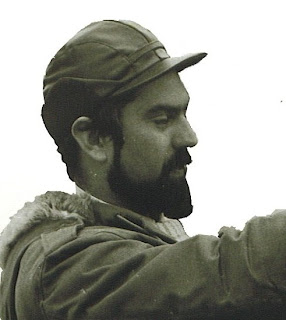 
The murder/mystery novel inhabits a popular genre. The natural follow-on is that many writers try to write murder/mystery stories. Many of them see themselves as the next Agatha Christie or Colin Dexter and most will be disappointed. It’s a hard fact that too many writers are now trying to muscle in on the act. Some do well and become big names while others are left on the starting blocks with perfectly presentable stories that either do not sell, or cannot find a publisher. How does the canny writer lift himself out of this mire?

To find an answer, you need to understand that murder/mystery stories sit in a very wide-ranging genre. It includes historical mysteries, young adult mysteries, romantic mysteries, tried-and-tested cop stories and many others. Ellis Peters and J J Burley both wrote murder stories but they are as different in content as a Shakespeare play is to a Mills and Boon novel. Taking a logical look at the overall genre, you should be able to identify as many sub-genres as the average publisher lists in his mainstream list. So, stop and think. What sub-genre are you aiming at? If you are not clear on that point right from the start you may end up with a well-written novel which gets side-lined

because the publisher can’t pinpoint how to sell it.

I aimed, right from the start, to write a series because each new book will help to sell the others. My key character is an ex-US Air Force pilot called Mike Bodine. He’s a cross between Sam Spade and James Bond: the sort of guy with more than a touch of sexuality about him who meets up with a string of good-looking dames. He’s also now working in the world of commercial flying, and that takes him to various parts of the world. That was another pre-planned ploy: to set each story in a different location. So, I have a main character who will appeal to male and female readers and who has reason to travel the globe. All that remains is to give him a few mysteries to solve, one in each location.

You can read more about these stories on the Chuck Stevens web site at: http://www.chuckstevensnovels.vpweb.co.uk/
Posted by Marta Stephens at Monday, August 11, 2008

Gasp! I didn't know that such a subgenre existed! thanks for letting us know-- and I will be checking out your stuff soon!
k

I am definitely intrigued! My genre has been mostly mystery/thriller, in fact I'm just finishing up an Edpionage Thriller titled "Bear Any Burden" by Ellis Goodman. I also really like the idea of throwing some erotica into the mix. I'll have to check it out.