UP AGAINST THE WALL ~ WRITER'S BLOCK 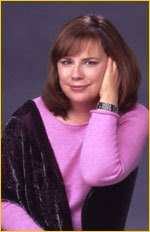 So, other than, going for a walk, taking a shower, driving around and talking to yourself, or heading straight for the Bailey's Irish Cream to add to my cup of coffee, how do I handle writer's block?

People are always asking me if I ever suffer from the malady. Well, yes, I think every author does, but I haven't gone around the bend, at least not in the same manner that Jack did in The Shining. So far I haven't taken a hatchet to anyone.

Aside from the year when I was going through a ton of personal trauma (divorce, surgeries, death of an agent) I've been able to write pretty steadily. That one "really bad" year, complete with antidepressants which worked GREAT for the depression and absolutely killed my ambition, was a killer. Fortunately my editors understood and after about three months, I tossed the pills and found my need and my ability to write again. Now, some people write just fine with all kinds of medication--not me. But, hey, I could really clean a mean bath tub. Fortunately, I'm usually not plagued by writer's block.

That said, there are points in each book where I just can't go on. I try to write the scene over and over and oops, it just doesn't work. It's very frustrating and invariably hits just before the middle of the book, around page 138 to 153 of the manuscript. I know, I know, that's pretty specific, but it's true. There's a sound reason for this. At that point in the tale I really get to know my characters and the plot is coming together. Or not. All of a sudden I hit the wall. I can't move the book forward and I'm not one who skips ahead. Just can't do it.

Most of the time this stumbling block means I start over and find the damn problem, because I know there is going to be one. Probably something major that I just didn't see coming. Now, I never want to return to the beginning as I polish and edit as I go, but I have to.

I write from a pre-approved synopsis and it's long, usually fifty to seventy double-spaced pages. I always try to have the book really set in the synopsis, but I can't plan for everything and it always catches up to me. Usually when I start over, from page one, the problem gets ironed out. I find the snag (which is always hidden) and move forward.

Other times a scene just won't work, but it's a necessary point in the book. If I can't rewrite it to my satisfaction from one character's point of view, I turn it around and try the same scene from another person's point of view (which obviously can only be done when you write in third person). Once in a while I have to interject a new scene before the one that's giving me fits. This works like a charm for me. Of course, if you write in first person, you're flat out of luck with this trick.

If if these ideas don't work for you, there's always Baileys.
* * *
Lisa Jackson has been killing people everywhere from Savannah and New Orleans to San Francisco and the Pacific Northwest—and it’s been worth it. Her readers come back again and again, and her novels are fixtures on national bestseller lists.
Lisa began writing at the urging of her sister, novelist Nancy Bush. Inspired by the success of authors she admired and the burgeoning market for romance fiction at the time, Nancy was convinced they could work together and succeed. They sat down, determined to write and to be published. Initially they wrote together. Later, they moved in different directions. Lisa brought more and more suspense to her work and began writing much darker stories. For Lisa, the killing continues as this mother, daughter, workaholic and amazing writer continues her habit of making the hair stand up on the back of readers’ necks, and landing her books on The New York Times, the USA Today, and the Publishers Weekly national bestseller lists.
Lisa’s novels include the upcoming LOST SOULS and the best sellers Absolute Fear, which will be published in paperback for the first time in March, Hot Blooded, Cold Blooded, The Night Before, The Morning After, Deep Freeze, Fatal Burn, and Almost Dead. Last year, Most Likely to Die was written by Lisa, Beverly Barton and Wendy Corsi Staub was published and became a number three New York Times paperback bestseller. She is a member of the Mystery Writers of America, the International Thriller Writers and the Romance Writers of America.
Posted by Marta Stephens at Monday, August 18, 2008

Lisa, this was so fun to read. I find I do have some blocky times but after considering WHEN you said you hit a wall, I think I may suffer from the same problem. Characters will NOT be forced, will they? The old mules!

It must be talk about writer's block day. I stumbled across another post on the topic earlier.

I have to admit to needing to walk away at times, but luckily writer's block isn't usually an issue for me.

Well, crud. I'm stuck on a scene that just won't work right now, and this one's in first person... :P

Fantastic article! I can definitely see where depression meds would kill my writing drive, too - but I'd probably be a better housekeeper. Hmm, clean bathtub or write? Tough choice. LOL

Thanks for posting with us, Lisa.