Writers Helping Writers and The Book Promotion Idea of the Century 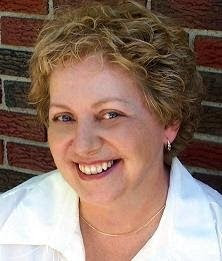 “Writers Helping Writers” is the unofficial slogan of the Internet-based writers organization I co-founded four years ago called Backspace. It’s a good tagline, because Backspace members are an extraordinarily supportive group. Besides answering questions at the discussion forums, they turn each others’ books face-out at bookstores, blog about them, buy them as gifts, recommend them to friends. And because we’re currently over 800 strong with members living in a dozen countries, that’s a significant sales force.

Backspace members do this because they understand a key truth about the publishing business: Writers are not in competition with one another.

We've all seen the fast-food strips lining major highways on the outskirts of cities. To a hungry driver, it might seem as though the restaurants are competing for the chance to fill his stomach. But restaurant owners know the clustering is good for business. Offer people a choice, and they're more likely to buy.

It's the same with books. Authors understand that all those volumes lining bookstore shelves are actually helping each other. The more books each author sells individually, the stronger the book-buying market becomes for everyone. 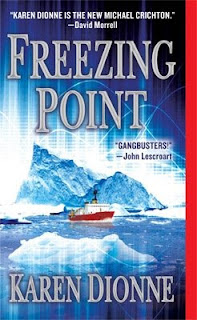 Aspiring authors sometimes think if they could only get published, everything would be smooth sailing. The truth is, staying published is the greater challenge. Publishers have a finite amount to spend on marketing, and the bulk of their promotional dollars go to best-selling authors. Literary agencies hire full-time publicists to take up the slack. Authors with small presses are at an even bigger disadvantage.

One of the hardest things for any new author to get is real-world exposure. For the majority, there are no tours except what they put together on their own. It takes time to build an audience and become a bookstore draw; yet when they're new is when this kind of exposure could help the most.

I’m one of the lucky ones: My novel is getting more than the usual amount of publisher support. Still, there’s not going to be a book tour.

Instead, with the help of Backspace members, I’m sending my book on tour without me. I mailed a dozen arcs to Backspace members living in far-flung parts, they took pictures of themselves reading my novel, and I posted them to my hyperbolically named “The FREEZING POINT Pre-Publication World Book Tour” blog, along with an invitation to readers to write to my publisher for a free advance reader copy and join the tour.

It’s fun to think of my novel making its way around the world in this manner, even though the impact on sales is likely to be just a ripple.

But recently at ThrillerFest, J.T. Ellison shared an idea that’s so powerful, if authors put it into practice, it could make an impressive splash.

J.T. is the author of the Taylor Jackson thriller series for Mira Books, and was one of the co-founders of Killer Year, helping the International Thriller Writers debut novelists of 2007 reach a new audience. Her debut novel, ALL THE PRETTY GIRLS, is being reissued alongside her second effort, 14, September 1, 2008. JUDAS KISS will be released in January 2009, and she’s just signed a new deal for an additional three books in the series, bring the total under contract to six.

By all measures, she’s doing well. And yet J.T. told me that every time she does a real-world signing or event, she brings along another author's book. At the end of her talk, she shows the book to the audience, and gives it a plug.

The idea is staggering. Simple, yet potentially, incredibly powerful. Imagine the impact if every touring author did the same.

The best part is that her effort doesn't take anything away from her own signing; in fact, it adds to it by making her look like the giving, generous person she really is.

J.T. told me she got the idea from Lee Child, who took a newer author, Cornelia Read, along with him last year on his book tour. She also told me another established author, Jim Born, once acknowledged her and her author friend when they were in the audience at one of his talks, and her book sales jumped. “It was so kind and gracious,” she wrote, “that I just got caught up with the whole idea of paying it forward.”

Now thanks to J.T., this fall, FREEZING POINT really IS going on tour.

“Paying it forward.” “Writers Helping Writers.” Whatever you call it, it costs nothing, makes everyone feel good – and it sells books!
* * *
Detroit native Karen Dionne dropped out of the University of Michigan in the 1970s and moved to Michigan’s Upper Peninsula wilderness with her husband and infant daughter as part of the back-to-the-land movement. During the next thirty winters, her indoor pursuits included stained glass, weaving, and constructing N-scale model train layouts.

Eventually, her creative interests turned to writing. Karen’s short stories have appeared in Bathtub Gin, The Adirondack Review, Futures Mysterious Anthology Magazine and Thought Magazine. She worked as Senior Fiction Editor for NFG, a print literary journal out of Toronto, Canada, before founding Backspace, an Internet-based writers organization with over 800 members in a dozen countries.

Karen is a member of Sisters in Crime, the Mystery Writers of America, and the International Thriller Writers. She and her husband live in Detroit’s northern suburbs. FREEZING POINT (October 2, 2008 from Berkley) is her first novel.
Posted by Marta Stephens at Monday, July 28, 2008

Amen, Karen. This philosophy is key to success, and we can all play a part in it. One of my writing buddies, a YA adventure novelist, is doing fantastic out on the west coast. I loved his book and recommended him to my publisher, who snapped him up. Now he's handing out my bookmarks to everyone who comes to his book signings (he sells hundreds at a time, the maniac!) and also he bought copies of all my books to hand out to his students in the high school where he teaches science. I reviewed his book, and got the review posted on Midwest. It goes on and on. These are the gold fibres that keep us knit together, strengthen us, and propel us forward.

Excellent piece. I can't wait to check out Backspace!

The best ideas are often the simplest. It's like a walking, talking, book-recommeding blurb!

I can't say enough about Backspace. The forum offers a safe place even for a "newbie" to ask questions. Yet there are so many successful authors there that even an established writer can learn and share without feeling like he/she is in nursery school.

Plus, I met my agent at the Agent/Author seminar in November of 2006. How do you thank an organization for getting you out of query hell? LOL!

If you aren't a member, join!

Wherever I go, when I visit bookstores, I always look for friends' books and turn them face out and I encourage my blog readers to do the same. It's simple and easy and having a book face-out can make a difference. I just need to make a list of authors in my PDA so I'm more organized in my search! As it is, I wonder if booksellers will notice me going back and forth, back and forth, among the aisles as I remember names.

Wonderful idea about taking another author's book along on your tour.

I love these ideas~! What a wonderful way to pay it forward!

Isn't J.T.'s idea fabulous? I love it because it's so simple, and I love her because not only did she have a great idea, she's putting it into practice.

(P.S. to Kim - thanks for the nice words about Backspace!)

I can't wait to pick up your book!

Regardless of where we are in our writing, now more than ever, networking is key to a successful writing career.

Karen, I love your tour idea and those great pictures!! Thanks so much for your post in MB4 today.

Love this post, Karen. And I'm definitely going to take other books along with me and give them a plug. What a great idea!

This is a great post, Karen!
And paying forward is the exact reason Backspace is the amazing community it is.

I love the idea of helping other authors. Interestingly enough, even though I am not yet published, I've already started to feature new authors on my blog, and intend to continue, especially if/when I finally do get published. Who else cares but other authors?

I LOVE this idea! Any way we can help our fellow authors is aok in my book!

You're so right, Karen. Goodness begets goodness and you're a shining example of that. I love how your book is already traveling around the world.