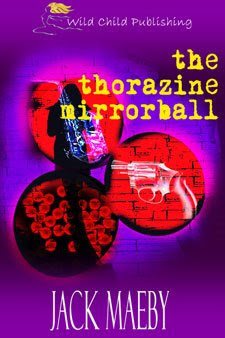 Well, at least not now. After two years of debilitating depression and forced exile in an asylum, characterized by chunks of memory loss and high doses of heavy meds, the twenty-one-year old rhythm and blues piano player is finally back.

Assigned a room in a halfway house in Albany in 1972, Jimmy reconnects with his old music buddies and lands a lucrative gig in the Adirondacks. All goes relatively well, until a group of thugs nearly drive him off the road and people around him start dying, jeopardizing Jimmy’s already fragile mental state.

The young man, frazzled with nerves, is smitten by every pretty woman who crosses his path, particularly singer Yvonne Marshall, with her caramel skin and velvet voice. The woman oozes sex-appeal, creating a trail of shuddering men in her wake.

From one fast-paced scene to another, this book moves. Maeby also displays a deep musical insight, with perception that reflect his history as a band member with acts such as The Doobie Brothers and Rod Stewart, as well as his accomplishments and awards for his compositions in the film and musical fields. Yet within the action, there are also moments of poignant poetry couched in Maeby’s words.

“It was the opening movement of a dance done by demons, the prelude to panic, and then to darkness. If the feeling had sound, it would be an atonal moan in the bass register, accompanied by brittle, frenetic percussion. I knew it as the insistent, cruel pulse of anxiety.”

Jack Maeby has created a superb thriller in this taut and colorful novel. Characters jump from the page–such as Smitty, the irascible record shop owner who becomes inadvertently involved in a shady music business deal. Each of Maeby’s characters tremble with life; their natural dialogue is easy to swallow. The prose flows effortlessly, with none of the forced literary faux pas often made by first time novelists. There is no excess here, each word is precisely placed and potent. It is clear that in addition to his innate talent, this writer has done his homework.

The Thorazine Mirrorball is highly recommended for all lovers of mystery/suspense, music, or crime novels. The only question remaining is this: when will Mr. Maeby produce his next jewel?

Aaron Paul Lazar writes to soothe his soul. The author of LeGarde Mysteries and Moore Mysteries enjoys the Genesee Valley countryside in upstate New York, where his characters embrace life, play with their dogs and grandkids, grow sumptuous gardens, and chase bad guys. Visit his websites at www.legardemysteries.com and www.mooremysteries.com and watch for his upcoming release, MAZURKA, coming in 2008. 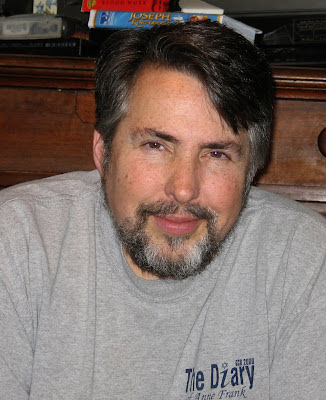 “It was the opening movement of a dance done by demons, the prelude to panic, and then to darkness."

I LOVE this line! Another great review, Aaron, and if the rest of the book reads like this quote, I'm sold!

The rest of the book sings, just like this. I know you'd love it, Marta. You can buy it in ebook or print version. Enjoy!

Being a lady of her word (or I least I try real hard to be), I considered buying it last night. You know how I love to hold a book in my hand, but something told me I had to read Jack's book NOW. So I bought the e-book. Stayed up past 1 AM reading. LOVE it and you know I'm tough to please!! Sing? Jack's writing is more like a symphony. Where has he been hiding??? I've already told a few people about it and I'm not even done with the book.

Amazing. This only goes to prove that people who only read NY best sellers are missing out on some of the best books out there. I'm so glad you posted your review.

Thanks, Marta! I was thrilled when Wildchild asked me to review his book - even though at first I balked. I balk a lot at reviewing on request, because I don't have time to do it, and also because I don't review anything I don't adore. But I read his first chapter and was hooked on the spot. Love the cover, too. Isn't it cool? Thanks for the feedback - I'll tell Jack to check in here.

Thank you so much Marta and Aaron! This is a great site, and I'm delighted to have my work presented here.

Anytime, Jack. Hope you'll stop by and visit often. What are you working on now? You ARE working on anther book, right?

Hey, Jack. Thanks for stopping by. I hope the next work will be a sequel with Jimmy and the gang. Let us know what's cooking!

I have a sequel in progress, thanks for asking. And thanks again for Murder by 4!