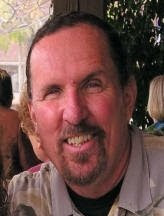 One of the professional writing books that helped me the most was a paperback by veteran mystery writer, Lawrence Block, called TELLING LIES FOR FUN & PROFIT: A MANUAL FOR FICTION WRITERS. What attracted me in this title was the word “manual.” In my writing career, I had already earned my advanced degree in creative writing, and I was now “chomping at the bit” of the writing horse (I was as strung-out as any dope addict ever was), wanting to learn the techniques that the masters have used to improve “the craft.”

First of all, I respected the author who wrote this manual, as I devoured the Matthew Scudder Mysteries, and I really enjoyed Block’s collection of short stories (I bought them for my new Sony Ebook Reader). Now I wanted to hear the techniques from the “horse’s mouth,” so to speak, so I could quickly use them in my own developing collection of short fiction, THE PRESIDENT’S PARASITE AND OTHER STORIES.

There were many ideas in this book that I soon incorporated into my own arsenal of techniques, but the one that I use the most, and the one that I suggest to any writer who wants to add a real touch of interest to his story, is a relatively simple, yet obvious, technique that will immediately produce results for writers who want to use it.

This suggestion is in Part Three of Block’s book, “Oh, What a Tangled Web: Fiction as a Structure.” It is called “Spring Forward, Fall Back.” Block points out that this technique is often used in non-fiction article writing, as journalists need to get the reader’s interest right away. However, as Block says, “The trick of starting in the middle is extremely useful in fiction. By beginning at a point where events are already in motion, you involve your reader in the flow of action and get him caught up in your fiction right away. Then you can back off and let him know what it is he’s gone and gotten himself interested in.”

This little technique hit me like a ton of bricks. To show you how important it was, let me use an example from my published collection of short stories. I had a story about Capital Punishment in California, “Reprieve,” and the events in my story just did not seem dramatic when told in a conventional chronological order. Thus, when I was able to simply move a scene from an extremely dramatic point in the story and place it at the beginning, I was also able to involve the reader much more than if I had told the story in the predictable, moment by moment, description of the action.

The crux of this particular story was the relationship between a condemned teenaged prisoner on death row and the teen daughter of the Governor of California. Both characters had Obsessive-Compulsive Disorder (OCD), and it was important for me to let the reader know that my prisoner was OCD by showing him, in a descriptive way, right off. Thus, when my paragraph was inserted at the beginning, the reader could immediately see the conflict and the obsessive personality in just two short paragraphs:

“April 24: They brought him into the green room, and outside, all he could see was gray. He wondered if having green in this inner room made him someone important. The little bed was green, the walls were green, and the metal door that was opened onto the outside gray area was also green. Why had he been brought here in the wee hours of the morning? What did they expect him to do?

“A fly entered the room. It landed on the green wall. Didn’t they know that flies brought disease with them? It can fly around and land on you, dragging its filth onto your body, polluting you with its hairy legs and disgusting, crap-filled tongue! His eyes were riveted on the fly on the wall, watching its every move, as if the entire future of the human race depended on it.”

As you can see, this introductory description allows enough doubt to make the reader question what and where this green room is, and detailed enough to show that the character obviously has a serious psychological problem (OCD). I was then able to “fall back” and tell the chronological details necessary for the reader to put all the information together into the complete narrative.

It is interesting for me to note that this story is also about structure in one’s personal life, something that people with OCD have a hard time maintaining. Thus, not only does my story show the healing relationship between a condemned man and a teenage girl, but it also suggests to the reader that people who can bring the gift of healing perhaps do not deserve to die, no matter what crime they may have committed in the past. In other words, the theme of my little story was that each moment in our life is sacred in its own right, and that we should not be condemned because we lost control during an aberrant moment, because of mental confusion or fear, when our future life shows that we have become devoted to recovery and healing of the disorder that caused our evil act in the first place. Spring forward, fall back.

Jim Musgrave (a.k.a. Efraim Z. Graves) can be seen at his blog, LET THERE BE BLOG!

SPECIAL NOTE ~Giveaway Details
Each person who posts a comment on any or all of the blog tour spots will be entered in a random drawing for a copy of Jim Musgrave's book. In addition – the blog owner that hosted the winning commenter will also win a free copy of President's Parasite. Share your thoughts and comments with author Jim Musgrave. He will check in throughout the day to answer questions. You’ll learn more and you have a chance to win his book - if you haven't already read the book, visit Jim's website to order a copy - http://presidentsparasite.wordpress.com/.
For more information about Jim Musgrave and his virtual tour, check the schedule at http://virtualblogtour.blogspot.com/2008/05/presidents-parasite-by.html.
Links to Reviews for President's Parasite:
http://kayetrout.blogspot.com/2006/09/presidents-parasite-and-other-stories.html
http://www.tcm-ca.com/reviews/1343.html
Posted by Marta Stephens at Monday, July 14, 2008

Jim, not long ago I posted an article here in MB4 about finding the right beginning to a novel. So often I find my opening paragraph in the middle of another page.

Eventually we get a feel for the right place to start the action, don't we?

Thanks so much for your post and best of luck on your virtual book tour!

Marta, I totally agree. The beginning is so important, and many new authors are so in love with their "style" they forget about the story!

Well said, Jim. I loved your excerpts (riveting and tight writing) and will be checking out your work as well as the book(s) by Block.
I find myself rather mired in the serial timeline - first this happens, then that happens, then the next thing happens. I usually try to make that opener into a fast hook, but it's always the same formula. I may have to try your approach. Someone mentioned it to me once, I believe it was a French phrase that meant, "Start in the middle." Gotta go look that one up again. Maybe it was a hint?? LOL. Anyway, thanks for guest blogging today. Wonderful piece!

Nice piece, Jim! I agree - in media res (there's your phrase, Aaron! LOL) is almost always a great place to start a story. Throw the reader into your world first, explain later. :-)

Good luck on your blog tour and have fun!

Yeah, leave it to the Greeks to get it right (sons of the future "Geeks" of this world). My philosophical and artistic mentor, Albert Camus, was steeped in the old Greek tradition. I really enjoyed reading his essay about the "Myth of Sysiphus." If that's not the life of a writer I don't know what is: replace the giant boulder with a novel and there you have it!

Sorry. That should be "fathers" of the future Geeks.

Jim...as a "new" writer I have absorbed your writing tips and will try to apply them to my work...off to read some more!

Great advice for all writers! I often tell writers that I work with that determining the order in which to tell the story is important to the entire story concept. Whether it's near the end, some place in the middle, or the actual beginning, this choice might determine the strength of the story.

Making the right choice of each story is something the writer should consciously consider. For many writers this is something that is developed over time.

I encourage all writers to explore and experiment with their stories.

Your article not only pointed out a great approach to involving the reader, but you kindly showed an example. It's not an easy thing jumping into at the right moment. Thanks for making it look so easy. I'm working on a complicated plot & your advise is going to make my opening much sharper.

Thanks, June and Joylene,
I'm glad you got something out of it. Now, if could just be that easy every time we write . . .

Jim, thanks so much for posting this! I always have trouble with my beginnings. Seems like I like to do authorial throat-clearing before the story actually starts. Well, at least I have the first step in the twelve step plan accomplished. I can admit I have a problem :)