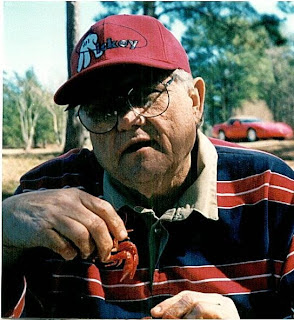 Most if not all writers hear the same question in interviews and at book signings. The question in gist is “how do you approach writing?” The question embraces style and content, but usually the root of the question centers around discipline. How can one sit for those many hours and fill all those pages? The question displays a lack of understanding of something even the writer has difficulty explaining. How does one describe a compulsion? It would be easier to list reasons for not writing. Writing for me is reaching past flesh into one’s guts. Aptly put:

“There’s nothing to writing. All you do is sit down at a typewriter and open a vein.” –Red Smith

There is, at the core, a creative mind and a need to share experiences and imagination with others. There is a pride in reading a sentence that bristles the hair on the neck. There is that inevitable soft sigh when the last page is finished and the cover closed. It is the release of truth, release of passion, and yes, the freeing of secrets.

I just feel it. I don’t have a “time” to write. I don’t have an agenda to fill, a number of pages or chapters to complete, a deadline to meet. I let it flow until it stops. Sometimes it stops because of distractions. Sometimes it's what we have heard called ‘writer’s block.’ But it will flow again, because of that compulsion writers have at their helm.

I don’t force genre. I don’t force theme. My writing includes poems, mystery, passion, anger, and even fantasy. It’s what came out that day. Maybe that is why I am a short story writer. It allows me to hopscotch around my noggin. For in each crevice of my brain lies something to share.

I don’t write to satisfy anyone else. I accept criticism and praise as both being useful. My credo is best described in these words:

“Better to write for self and have no audience, than write for audience and have no self.” -- Cyril Connolly
* * *
Lad Moore enjoys hundreds of writing credits in print and on the web,and has earned several awards including a nomination to the Texas Institute of Letters. His work has appeared in Virginia Adversaria, Pittsburgh Quarterly, Paumanok Review, Carolina Country, and Amarillo Bay, among others. Mr. Moore is a five-volume contributor to the Adams Media anthologies, and is featured in an edition of "Chicken Soup for the Soul." Two collections of his short stories, "Odie Dodie," and "Tailwind," have been published by BeWrite-Jacobsen Books. The author resides in Jefferson, Texas.

Good to see you here, Lad. I also am of the mind that we should write for ourselves first. Sometimes trying to write for an audience hamstrings the creativity inside.

Lad, this is one of the finest pieces explaining writing motivation. Your thoughts mirror mine - so closely... No wonder I love your work so very much. Folks - if you haven't, delve into the pleasurable world of Lad Moore's writing. You won't be sorry. ;o)

Well said. Ideas and stories do have a tendency to come on their own timetable.

I enjoyed this article, as well.And the concept that short stories allow the writer to "hopscotch around in the noggin"...that feels like me!

And the great news is that you'll see more of Lad Moore and his work here at MB4 in the near future!

Nice to see Lad on MB4 and I for one am glad Lad finds the time to write and then share his work!