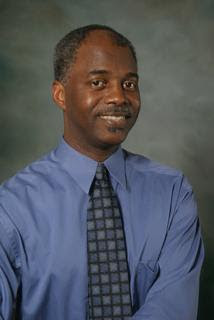 Like most Americans I will be celebrating Independence Day on this 4th of July in some way. For many of us, that means eating, drinking, being merry, and enjoying fireworks and family. Such celebration does this holiday no justice at all.

The awesome document called the Declaration of Independence that was adopted in 1776, resulted from Britain's oppressive control over the American colonies. In the portion of the document known as A Declaration of Rights, the authors eloquently stated, "We hold these truths to be self-evident, that all men are created equal, that they are endowed by their Creator with certain unalienable Rights, that among these are Life, Liberty and the pursuit of Happiness." 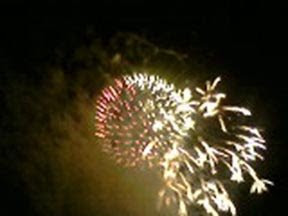 Everyone wants to be treated with respect. No people want to be governed by a body that gives them no say. To the authors of the Declaration, these rights are given us by God, and no one has the right to take them away. Out of this passion, the colonies made their appeals to Britain and its king but to no avail. All attempts having failed, the signers of the Declaration felt that the only recourse they had was to declare the colonies independent, with all ties to Britain ended.

As I reflect on the independence movement that gave rise to the Declaration of Independence and the great country that has resulted--the greatest in all the world--I conclude that it was more than Congress appointing a committee to pen a Declaration, but also God must have had His hand somewhere in the matter. I am so thankful to Him that He has blessed me to be born in this country to realize the "Life, Liberty and the pursuit of Happiness" that the authors of the Declaration envisioned. Hopefully, you feel the same.

It all started with a cry of the human soul that refused to be silenced. And so here we are. To really appreciate it all, we must reflect on the story behind the historic moment that has brought us to the point of celebrating this holiday as we currently do.

* * *
Frank King served as a senior pastor of churches for over twelve years. From the onset, he had a passion for outreach and soul winning. During his first pastorate he ministered to Africa, the British West Indies, and several cities in the United States by way of radio. His radio ministry to Africa also included distribution of Bibles, books, and tapes.

During his second pastorate, Minister King led the congregation in a ministry of effective street witnessing. He also communicated the gospel in the capacity of a freelance Christian writer. He wrote over a dozen Sunday school quarterlies and quarterlies of devotionals for a major Christian publisher, and tens of children’s church lessons and activities for another major Christian publisher. Other works include assignments of book reviews and copyediting. Moreover, Frank King is the author of INDISCREETLY YOURS, a Christian novel for teens and college-age readers that under scores the importance of exercising sound judgment in the area of dating. His newest book, STEPS TO THE VICTORIOUS WALK, provides a biblical road map for Christians desiring to progress from a genuine salvation experience to a victorious walk with the Lord.

Minister King currently ministers as an evangelist, preaching the authoritative Word of God without compromise, doctrinally sound, and with a passion to see the people of God live victoriously in Christ. Through the grace of God, Brother King has been blessed to regularly cross cultural lines in his preaching. Frank King has a Master of Theology, Gulf Coast Seminary, 1986; Christian Writers Institute, 1990. Senior Pastor, 1984-1987; 1989-1998; Free lance writer, 1997-2003; Evangelist, 1998-. He is married to his wife Cynthia since 1978; the couple have 6 children.

Amen. This piece was so eloquently stated. Wonderful!

Eloquent and how many Americans feel. Unfortunately it leaves out the outrage American Indians feel on Independence Day. To this day their rights have not been recognized and they have nothing to celebrate.