Get Past That First Draft 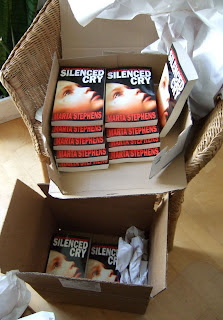 “Aren’t you done with that book yet? How much longer is it going to take? Why do you keep changing it? Just send it in—see what happens!”

How frustrating is that? Explaining the process of writing to a non-writer is like describing the thrill of bungee jumping to someone who is afraid of heights. Don’t even try, they won’t get it.

Let’s face it, all first drafts are crap. Disagree if you want, but I’m suspicious of any person who claims that he or she can complete a novel in two or three drafts. Or worse, the person who refuses to edit their work because they think their initial burst of inspiration/creativity can’t be improved. I actually read that in an author’s forum once. Oh, please! Trust me on this, the first several drafts are only a shadow of the end product. After I outline the plot and write the characters' back stories, I may spend months writing a first draft, researching information, and several more months editing and refining it.

My Sam Harper crime mystery series began life as a short story in 2004. It eventually developed into a set of three novellas before I decided to rework them into full length novels. I've lost track of how many times I edited each manuscript, how many chapters I’ve cut and how many new chapters I’ve written, but that’s what it took to make them worth reading.

A while back I was chatting with a friend about this. He had this to say about the writing process: “The internal editor is about the worst person you can invite to the dance when you're taking your story idea out for a spin. Just when you get a flow of ideas, he's poking you in the ribs telling you you're clumsy, dull and should be at home collecting stamps instead of wasting your time with this writing thing. What does he know? Of course the other side of the coin is that you mother your creation beyond craft until it's only a tepid version of its original self.”

Yes, I’ve known people who have edited the life out of their books. Nothing done in excess is good so we have to find a balance between good edits and compulsive rewrites. I find, however, that the more I write, the better I become at sensing when the prose is right. The day I’m able to read my manuscript with fresh eyes and not cringe or pick up the red pen, I know I’m getting close and on my way to accomplishing what I’ve set out to do. Creativity doesn’t come from a set of formulas and rigid templates. It comes from a vivid imagination, an open mind, and the willingness to accept change. Some of the best characters and chapters in my books were sparked as a direct result of scrapping the old and finding a new direction.

Right or wrong, I’ve taken the same approach to writing as I have everything else in my life. I jumped in head first, learned all I could about the craft, asked tons of questions, then studied some more. The learning process never ends. I knew that one day I would have to type “The End” and mean it. When that moment first came, I was filled with a host of mixed feelings—joy, fear/apprehension, and somewhat at a loss wondering what I was going to do next. No, actually, it felt more as if I were going through a grieving process, saying good-bye to a dear friend and knowing I’d never go to that place again.

My debut novel, SILENCED CRY, was published in April 2007. It had been a work in progress for several years. Yet as much as I wanted that first contract, I refuse to rush through it. The second book in the series, THE DEVIL CAN WAIT, is due to be released soon in 2008 and I’m currently working on the third book along with a mountain of other writing commitments.

Time now is more precious than ever. Anyone who is serious about writing understands the demands and the sacrifices that go along with it. For me, to write was a conscientious decision. I’m very fortunate to have a family who understands and respects the choices I’ve made in order to achieve my goals. Knowing that my actions have affected others, what a waste it would be to not strive for the very best.
***
Marta Stephens writes crime mystery/suspense. SILENCED CRY is available online at familiar shops such as all the Amazons, Barnes & Noble, Borders, Books-a-Million, and Powells. Other locations include, but are not limited to those listed on her website.

I completely agree...even though it took me quite a while to understand myself.

Oh, and congratulations on the publication of both books.

Hi Chad! Thanks so much for the congrats.

The defining editing moment for me came when I knew others would read my work and my writing would become a reflection of me/my skills and who I am. When you think of it in those terms, it’s not so hard to say, "Okay. Let's make it right."

Hi, Marta. I've seen it go both ways, too. One former crit partner wrote a stellar book that didn't sell initially - it was full of life and love and drama. Great writing, intriguing characters. After a number of pieces of advice to "fix it," the book was rewritten so many times in so many different ways that it was just diluted into a lesser work. This is NOT a good thing. But we all go through it and must continue to learn when to listen to the "advice" and when to stick to our instincts about ourselves and our characters.