The Technology of Writing Your Novel 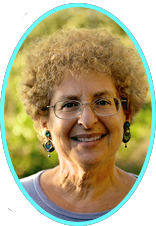 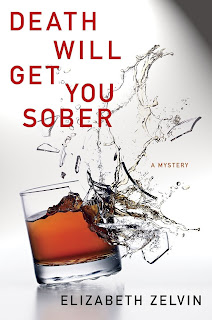 © Elizabeth Zelvin 2008 all rights reserved
Does anybody—or everybody—remember Mary Renault’s wonderful novels set in ancient Greece? One of them, THE PRAISE SINGER (1979), is about the poet Simonides, who in Renault’s imagined autobiography is a bard who has composed and memorized a wealth of poetry (his own and Homer’s, for example) and travels around Greece reciting it. In his old age he gets very crabby about his apprentice, a middle-aged nephew he calls “the boy,” who has started to rely on this newfangled invention, writing, carving his words onto a wax tablet with a stylus as he composes them. “How is the boy going to remember anything,” Simonides complains, “if he writes it on the wax?”

We’ve come a long way, for better or worse, in 2700 years. We haven’t quite lost the ability to remember what we create. At a songwriting workshop ten or twelve years ago, a group of us were given the assignment of going out on a beautiful day in a peaceful rural setting without any aids to memory and coming back in an hour with a song, which we would share with the group. I protested in vain, went out, and came back with a song, thus convincing myself that I can indeed remember what I write in my head, if necessary, for one full hour. Technology changes so fast these days that I have to point out that what we couldn’t bring to this exercise consisted of paper, pen or pencil, cassette tape recorder, music paper, or guitar or other musical instruments. No laptops, no PDAs, no digital recorders, no iPhones to leave reluctantly behind.

I’ve just launched my debut mystery, DEATH WILL GET YOU SOBER (St. Martin’s). I’m coming to the end of more than a month of virtual touring and am just embarking on my two-month tour of bookstores and libraries throughout the United States. I’m of a generation (born in the mid-1940s, just ahead of the true baby boomers) that approaches each new piece of high technology with caution and has to work hard to assimilate it. But I’m no Luddite. I have gradually come to depend on my laptop, my cell phone, my GPS bought specifically for finding bookstores on obscure streets in strange cities. Apart from writing, I even make a living on the Internet, providing online therapy and counseling to clients all over the world. It’s a mixed blessing, all this high tech stuff. It makes life so easy—but it can make life so hard when it fails to perform as expected.

I’m taking off across the country to meet booksellers and librarians and, I hope, readers in and with an awful lot of stuff that I don’t understand and can’t fix. First, my little red Toyota Corolla, Miz Scarlett. Then Sadie, my GPS, who can see the big picture from her satellite vantage point but has a tendency to argue with me about which route to take. My laptop. I’ve recently discovered that, while I’m not addicted to the Internet (and I would know: I’m an addiction specialist in my other life as a mental health professional), I do find it soothing after a drive of several hundred miles, on landing in a strange and sterile landscape (ie a room at a Holiday Inn or Econolodge), to turn on my email and check in with my world.

What else? A cell phone, for confirmations and changing plans and making sure my husband remembers who I am. A digital recorder, for when my protagonist, Bruce, a witty and sardonic recovering alcoholic whose biggest secret is he’s got a heart, starts coming out with one-liners in my head or telling me what perilous or awkward situation I’m going to put him in next. The recorder beats pencil and paper, because you can drive while using it. You can even sing into it, if you’re so inspired. An iPod—okay, an iPod clone—loaded with music to dance to when there’s nowhere (or no time) to go running and all those fries you get in the heartland start going to my sedentary writer’s rear.

Writers who have done it all say that touring is a lonely occupation, even if you’re well known or lucky enough to get a crowd at all your signings. The cell phone and the Internet connect me with my support system. The recorder and the laptop enable me to write wherever I am. The down side is the constant pressure to keep everything charged up and in working order—and the terror when one of these tools that have become essential fails to function. Then I get to projecting, as we shrinks say—in plain English, worrying about a future that may never happen. For example: what will we do in a post-nuclear Holocaust world when all the batteries run down, if nobody is left who knows how to make a battery? Luckily, since I write mystery rather than speculative fiction, I don’t have to know the answer.

Elizabeth Zelvin’s debut mystery, DEATH WILL GET YOU SOBER, is just out from St. Martin’s. One related story, “Death Will Clean Your Closet,” is nominated for an Agatha for Best Short Story. Another, “Death Will Tie Your Kangaroo Down,” received an honorable mention in the first annual CrimeSpace Short Story Competition. Liz is a New York City psychotherapist who currently does online therapy. You can learn more about her at http://www.elizabethzelvin.com/.
Posted by Marta Stephens at Friday, May 02, 2008

Hey Liz~! I so hope you are coming to Memphis on this tour. I would love to get to meet you in person. I am such a groupie :)
Kim

Hi Liz,
Ahhhhh, at last, someone else who walks around wondering 'what would happen if...?', and has an argumentative GPS (mine's 'Margaret'). I'm not alone! I loved 'Death Will Clean Your Closet' and can't wait to read 'Death Will Get You Sober'--but I'm going to wait until I can get it from you in Seattle! See you there!
-Susan

Hi, Liz! Thanks for posting this article on MB4 and best of luck with your new book! Do you have a website we can check out for your tour schedule? Thanks, and take care!

Liz thanks so much for sharing with us your writing experiences. Can't wait to meet you in June!! Love your book cover. :)