Short Stories: Writing from the Inside Out 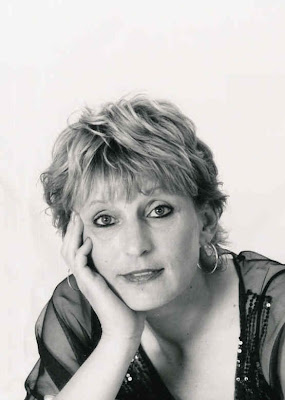 Murder by 4 welcomes Jean Pike, author of THE WINDS OF AUTUMN (2005), WAITING FOR THE RAIN, and HEATHERFIELD, three riveting paranormal romance novels.

Here's a bit about Jean:
Abandoned buildings. Restless spirits. Love that lasts forever. These are a few of multi-published author M. Jean Pike's favorite things. A professional writer since 1996, Pike combines a passion for romance with a keen interest in the supernatural to bring readers unforgettable stories of life, love and the inner workings of the human heart. She writes from her home on a quiet country road in upstate New York. Her latest paranormal romance, HEATHERFIELD, was released February 1, 2008 at Black Lyon Publishing."

Short Stories: Writing from the Inside Out
M. Jean Pike
If you’ve been writing for any amount of time at all then I’m sure that somewhere along the line you’ve heard the advice, ‘write about what you know.’ It’s good advice. Drawing from one’s own life experience adds authenticity and credibility to a story.
In my restless twenties I moved from job to job, never quite satisfied. Always searching for something new, I was driven by an insatiable curiosity to see what was around the next corner. Twenty years later, my characters are factory workers and hairdressers. They wash cars, walk dogs, and scoop ice cream. They are familiar with the stifling heat of a pizza oven, the desperate sadness of a nursing home. They know because I know. But while writing what you know has its merits, I’m convinced that the key to writing memorable, saleable short fiction is more about writing what makes you feel.
We all have experiences tucked away in the attics of our minds; incidents that left an indelible impression. They may lurk in the shadows for years, unnoticed, until suddenly, something triggers them; and out they come, with all their painful/joyful/poignant clarity.
When that happens, friend, it is time to start writing.
For me, memories are often triggered without warning. I hear an elderly person use the word ‘billfold,’ and suddenly I’m nine years old again, in the passenger seat of my grandmother’s mud brown Plymouth Valiant. It is a warm, sunny afternoon, and Grandma has a twenty tucked into her “billfold.” I am excited, wondering what sort of wonderful adventure Grandma has planned for the day. Songs from the ‘seventies put me back in front of my bedroom mirror, as I prepare for a high school dance. My heart pounds as I think of that special someone. Will he be there? Will he ask me to dance…?
Anything and everything can be a trigger.
Several years ago, while scanning the police log in the local paper, I came across a story about a young man brought up on charges of criminal mischief for throwing rocks through the windows of his estranged wife’s home.
Hmmm. Write about what you know.
I certainly didn’t know the “what” of it. But having recently been through a separation, I had a pretty good idea of the “why.” I couldn’t stop thinking about that young man, lashing out in anger and frustration. I didn’t know him. But I knew what he made me feel.
I thought about him, long and hard. Then I thought about myself. My story became his story. And ALL OF AUGUST was born.
I opened the story with a young man (Luke Goodman) moving his wife into an apartment for a month-long trial separation, superimposing on him my own feelings of fear and loss. In the opening scenes, Luke moves through the first stages of a failing marriage; feeling loneliness and denial, pondering what went wrong. Like me, Luke’s first reaction is to blame himself.
As the weeks pass, and his wife shows no signs of coming home, Luke becomes more desperate. With his physical health deteriorating, he swallows his pride and makes one last effort to work things out.
As the story concludes, the couple move into the final phase of their broken marriage. Luke’s pain and desperation swell, taking the form of rage, which inevitably lead to his acts of criminal mischief.
“…On the last night of August I stood smoking on the porch of what was no longer my house. Heat lightning raged across the sky, strangely impotent without its partner, thunder. Summer wasn’t giving up easy, I thought. Not as easy as I had.
In the end it came down to one signature. I asked for nothing. There was nothing to contest. She didn‘t love me anymore. How does a man argue with that?
Rex followed close on my heels as I packed my clothes into a box. I laid my keys on the kitchen table and closed the door behind me.
I’d left the wedding statue sitting on the porch. On impulse, I threw it on top of the box. I still don’t really understand what happened next. Rex tripped me as I was going down the steps. The box tipped. The statue fell off and hit the sidewalk with a clink and cracked. I picked up the broken piece, turned it over in my palm. Two tiny, clasped hands stared back at me.
Filled with rage, I sent the bride and groom crashing through the window of Britt’s study. Rex stared at me as though shocked.
'Did you like that, boy? That‘s what I think of her degree.' I grabbed a rock from the garden, aimed it at our bedroom window. 'This one’s for all her father’s money.'
And there were more.
One for promises neither one of us had kept. One for dreams we hadn’t trusted each other enough to share. One for the needs that my love hadn’t been enough to fill.
The last one was for Taylor.
Lights and shadows appeared in the neighbor’s windows. Rex raced to the truck and back, barking wildly and stamping his front feet.
And by the time the patrol car had crawled down Bridge Street, by the time it had pulled to the curb, its floodlights sweeping across the wreckage at number eight fifty-six, by the time the neighbors had begun to gather on their lawns, and click their tongues, and point their fingers, by then, there was no one left to blame. "
With the story completed, I felt cleansed. I had not only healed myself, in acknowledging and working through my feelings, but in exposing my own humanness and vulnerability, I managed to create a character others could relate to.
In writing from inside out, you empower yourself to write stories you feel passionate about. Stories you care about. And when you do that, I guarantee your readers are going to care about them, too. 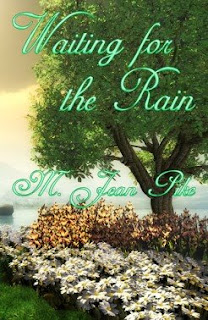 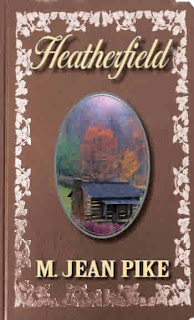 What a lovely post, Jean! I truly enjoyed reading it, but then I enjoy everything you write. After reading your books, I'm spoiled for others. I can't wait to see what's next from you. Liza

What a poignant and right on the mark piece, Jean.

“I didn’t know him. But I knew what he made me feel.” This line says it all.

I was once asked how much of me goes into my writing. Quite a bit, I’d say. I know I’ll write some of my best confrontational scenes after I’ve had a particularly stressful, difficult day or if I’m angry. I can’t imagine writing without digging into my own experiences, recalling my emotions or observations. I write crime and thankfully, my life doesn’t resemble the lives of any of my characters, but we’ve all experienced fear, hate, loss, joy and we can certainly identify with them and emotion is what drives drama.

Jean, I'm so glad you agreed to post with us. I'm sure the article hit home - especially to those of us who write about villains, but fortunately haven't had the first hand experience to "write what we know" in that precise capacity. Great insight and so true! Come back soon and treat us to another article in the future?

Jean, thank you for such great insight- writing from the inside out is an awesome piece!